[Tech30] This startup is using AI to accelerate drug discovery 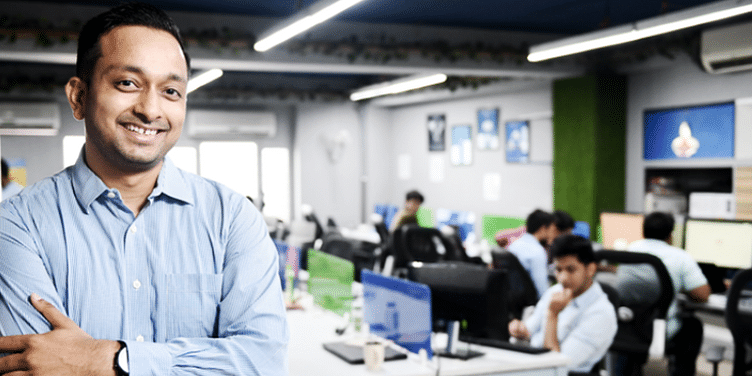 Drug discovery in the pharmaceutical industry and academic labs is often a challenging process. The process is time-sensitive as there several individuals who suffer from chronic to life-threatening diseases.

One such startup which is riding the wave of data-led drug discovery is Elucidata. Founded in August 2015 by two IIT alumni, Swetabh Pathak (IIT-Delhi) and Abhishek Jha (IIT-Bombay), Elucidata accelerates drug discovery through its AI-enabled platform Polly. The startup uses data science to reduce the time taken to discover life-saving drugs that impact human lives significantly.

In a study conducted by the MIT Laboratory for Financial Engineering, it was discovered that only 13.8 percent of drug programmes make it from phase one to the approval phase, a much higher figure as compared to the regular estimates of five to 10 percent.

The figure is even higher if cancer trials are excluded as cancer drugs have the lowest success rate. The study was conducted through an automated algorithm that draws data from nearly 186,000 unique trials of over 21,000 compounds from January 2000 to October 2015, reports c&en.

“Elucidata is committed to creating platforms that enable scientists and doctors in biotech, pharma, and hospitals to make real-time decisions. They want to be world leaders in creating software and algorithms, which are as effective as they are intuitive to use. Their platforms strive to integrate end-to-end workflows, from processing raw data to visualisation, and empower collaborative and reproducible research,” the Elucidata team notes.

Abhishek Jha (41) and Swetabh Pathak (31) co-founded Elucidata in 2015 with offices in New Delhi, Bengaluru, and Boston.

An IIT Bombay graduate, Abhishek did his postgraduate from the University of Chicago and Postdoc at the Massachusetts Institute of Technology (MIT). Before co-founding Elucidata, he worked with Agios Pharmaceuticals.

Swetabh, on the other hand, did both his M Tech and B Tech from IIT-Delhi. He previously worked with Avanti Learning Centres as a product manager, as he wanted to be solving problems that mattered. He also worked with Opera Solutions as a business analyst for a few years before co-founding Elucidata and moving into the bio-medical data and tech space.

“It was at Agios pharmaceuticals that Abhishek realised that data generation has been modernised and technology has advanced over the years. But, making sense of this huge amount of data still lagged way behind. The wealth of huge data was being under-utilised by limited capability and technology to analyse it. Hence, we started Elucidata with the idea to bridge the gap and impact human lives,” Swetabh says.

Polly, a cloud platform helps in drug discovery by collecting data, giving insight by running statistical and machine learning models, visualising it in charts to be shared with one’s team, and discussing further through collaboration.

Polly has a number of features such as processing raw medical data in minutes, delivering pathway-level insights, tools for quick customisation, among others.

"On Polly, you can analyse omics and phenotypic data. Polly helps in deriving insights from diverse publicly available datasets. The workflow allows users to cut the data analysis from days to hours and produces comparable data output that is easier to manipulate and plot. Polly reduces time, hassle, and significantly increases throughput. These workflows are currently being used by scientists at organisations like Pfizer, Cygnal Therapeutics, the NIH, and Yale to cut down the time required for end-to-end analysis," Swetabh says.

The software can be purchased as an annual subscription with three types of offerings:

Polly Pipelines: A suite of customisable pipelines for analytical chemists or biologists to analyse and process a variety of biomedical data.

Polly Discover: An AI-enabled technology for the integration of biomedical data to enable biologists to discover therapeutic assets.

For the startup, finding the right product-market was quite challenging, as it did not exist before, Swetabh says, adding,

“To find the right product-market, our team worked tirelessly in collaboration with leading research and academic institutes and labs like Yale and MIT. We worked directly with the researchers to understand their problems, challenges, and explored scientific algorithms to make the product scientifically validated.”

Another challenge was the adoption, and acceptance of the product in the fraternity and big data and analytics industry.

“Our team consists of expert data scientists and researchers who helped shape the right product. We partnered with key opinion leaders in the academic and research field to drive the conversation on the problem statement,” Swetabh

Elucidata runs on a software-as-a-service (SaaS)-based licensing model. It has partnered with some of the core facilities such as VIB Center for Cancer Biology, Lorkiewicz Laboratory, University of Louisville Van Andel research institute, among others.

Bootstrapped for the first two years, the startup raised $1.7 million in seed funding from Hyperlane Venture Capital in 2017. It has utilised the fund to expand its operations in New Delhi, as well as, build Cambridge team in New England.

Elucidata is currently collaborating with top universities in both the US and UK, such as MIT, Yale, and UCLA, where the laboratories are of state-of-the-art, and helps the startup provide solutions.

Elucidata’s competitors include companies such as DNAnexus and Revivemed. Speaking about what makes the startup stand out from its competitors, Swetabh says,

“Our focus on adapting to cutting edge technology and keeping the customer first is what makes us stand out from our competitors. The industry is flooded with a lot of open-source software which does not keep pace with the technology, and customer support is completely absent.”

At present, Elucidata is close to raising its Series A round of funding. Apart from the existing offices in Bengaluru and New Delhi, it is looking to expand to more places in the US and Europe.