Prime Minister Narendra Modi starts his fourth trip to US. Here's a glance at his last three visits 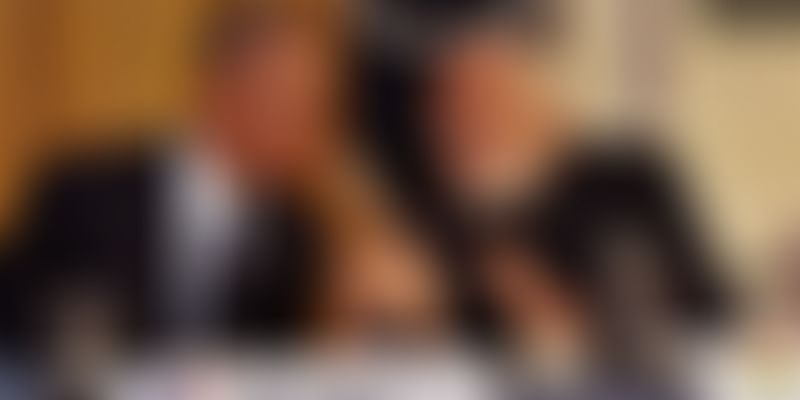 In his last visit, Indian Prime Minister Narendra Modi left an impact on Silicon Valley and USA, matched to none. Cisco CEO John Chambers’ latest praise for Modi speaks volumes about it.

Today, Monday afternoon, Prime Minister Narendra Modi has reached Washington D.C. for a three-day bilateral visit at the invitation of President Barack Obama. Modi arrived at the Joint Base Andrews from Switzerland where he secured the European nation's support for India's NSG membership ahead of a key meeting of the 48-nation bloc.

Since 2014, there have been six meetings and countless phone calls between Obama and Modi, and this visit "reflects the significance that the two leaders place on the natural alliance between the two largest democratic countries of the world", a senior US official had said ahead of the meeting.

During his visit, he will hold talks with President Barack Obama to review bilateral ties and address a joint session of the US Congress. He will be the fifth Indian Prime Minister to do so. The session will be presided over by Speaker Paul Ryan.

This is Prime Minister Modi's fourth visit to the US.

"In my meeting with the President on June 7, we will seek to build upon the progress achieved in providing new vigour and momentum to our strategic partnership in diverse areas," Modi had said before departing for his five-nation tour to Afghanistan, Qatar, Switzerland, the US and Mexico.

Modi began his US visit by paying tributes at the Arlington National Cemetery. He laid wreaths at the Tomb of the Unknown Soldier and Space Shuttle Columbia Memorial, in which we lost an Indian origin astronaut, Kalpana Chawla. Astronaut Sunita Williams and family members of late Indian Astronaut Kalpana Chawla were also present at the occasion.

In memory of the crew of Space Shuttle Columbia. pic.twitter.com/D3lO9fO7Pw

Later, he attended a ceremony for Repatriation of Cultural Property. Modi will be meeting heads of a number of American think tanks as well.

He will also address the 40th AGM of the USIBC (US India Business Council) and meet US business leaders.

"India and USA are natural partners, two vibrant democracies that celebrate their diversity and pluralism. Strong India-USA ties benefit not only our two nations but also the entire world," Modi had said.

From the US, Modi will visit Mexico before heading back to India.

The highlights of Modi’s previous three visits to US are as follows:

Watch out this space for further updates on Modi's US visit.