Why building a payments bank needs a startup mindset 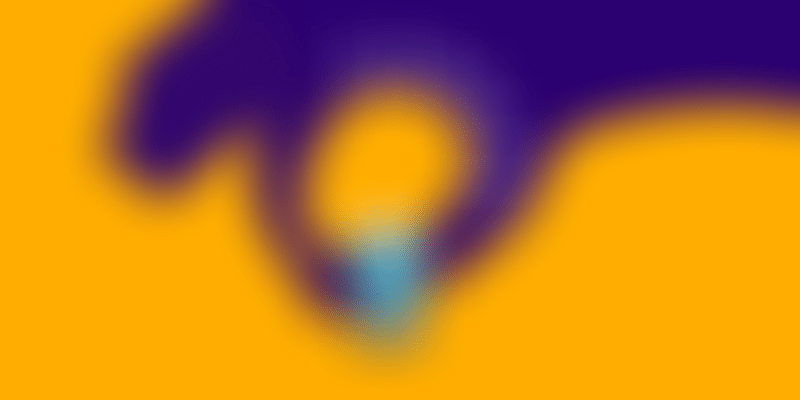 In April 2015, the Reserve Bank of India (RBI), issued Payments Bank licenses to 11 entities. Come 2016 and three (Cholamandalam, Dlip Shangavi, and IDFC consortium and Tech Mahindra) have surrendered and there are speculations that a few more may drop out. Does it mean RBI’s ‘experiment’ has gone awry, already?

The verdict on viability of payments banks varies, depending on whom you speak to. Many corporates and enthusiasts wanted to be ‘Banks’ for long and this is as far RBI was going to go with them. They are capable of complying with the capital requirements but they aren’t the ones chasing a fantasy. They were possibly looking for a business that can give returns. Fast.

While critics would fault the regulatory paradigm as the culprit, even the strongest advocates concede that payments bank isn’t a cakewalk. It necessarily needs a new, innovative approach. Innovation in turn requires creativity and some risk taking. And creativity is in some ways an anti-thesis of banking!

A) Love lost (the banker’s mindset)

Payments bank is seemingly an attempt by RBI to build a fintech culture in the Indian banking landscape. The aim is to overcome last mile challenges to financial inclusion, using innovation and technology. These are good intentions but, clearly, some have found the viability missing in the way the regulatory framework has been laid out. Their key peeves are

While those with large, existing customer base or points of contact, that is, telecom companies like Airtel and Vodafone, may have a headstart but the granular nature of the business makes the journey a slow and painful one. Further, points 1, 2 and 3 above, limit the ability to increase profit margins or optimise the treasury. The option to cross sell third-party products like insurance, mutual funds and loans, may help. But this seems more like a placebo than real medicine for the following reasons:

Compared to the payments banks, other players seem to have an advantage. The SCBs and SBFs have flexibility to manage their treasury, have a wider product suite to increase the share of wallet and can match anything a payments bank can offer. SCBs make anywhere between four to 10 percent NII from loans and it goes higher for smaller ticket business loans or credit cards.

Payments banks have no such luxury and their investment in stipulated by government securities and bank FDs would yield two to four percent, net of Cost of Funds (or lesser if they try to aggressively mobilise balances at higher rates). Adjusted for other operating costs, the net return may be one percent or less for most of these assets. It’s not a fair war, you may say!

With such thin margins, payments banks are expected to innovate in payment and collection methods, help reduce cash economy and work as feeder for the larger banks. To some, the expectations may sound more like a ‘social welfare scheme’ than a real business model. With the launch of Unified Payment Interface (UPI) and Bharat Bill Payment System (BBPS) and other interventions from National Payments Corporation of India (NPCI), there would be little differentiation between payment platforms across the banks.

In short, it’s a low margin, high volume, and highly competitive business with limited upside on the profit. Cold feet seem justified. Maybe hands and head are cold too.

I know it’s a gloomy picture and seems like writing is on the wall. Is this the dead end?

Nope. There is one important ingredient that would differentiate the men from boys. The mindset.

B) Love found! (the startup mindset)

‘Later in life, as I competed against the banks, I would think back to this moment, and it gave me confidence. All the bankers did was copy what everyone else did. If everyone else ran off the bloody cliff, they’d run right off a cliff with them. If there was giant pile of gold sitting in the middle of the room and nobody was picking it up, they wouldn’t pick it up either.’

That’s Elon Musk, talking about his days as an intern with a reputed bank. His realisation of the ‘dumbness’ of bankers, led him to start a payments platform in the early 1990s named X.com, which he later merged with Paypal and subsequently sold to eBay in a multi-billion dollar deal.

Things have changed very little since then. Crisis of 2008 and closer home the rising NPAs levels, are good reminders.

But the Achilles heel for banks is their relationship with technology. Large banks, in particular, have an acute problem (and surprisingly dubious competence) in evaluating technology trends. There is a tendency to wait for technology to become ‘stable’ and ‘predictable’. In India, the problem is worse since many new-generation banking executives are in effect sales people with limited exposure to technology (except Blackberry, maybe). However, one thing bankers do understand is Return on Investments (ROI), including spends on technology.

Unfortunately, technology changes are not linear and give two hoots about ROI! And by the time banks start planning, the world has moved on. A recent example could be Blockchain. It has evolved outside the banking universe and conceptually eliminates the need for banking intermediation. But there are very few banks who have adopted anything to do with it. While they have ignored the trends, fintechs are smartly offering these services back to same expert bankers!

The real beneficiaries are companies like Ripple, which uses distributed ledger or Blockchain to offer multi-currency exchange or Earthport, which is leveraging existing national payment systems to make cross border money flow seamless. Even for simpler services like a Personal Financial Management, it’s the apps like Mint, Moven, and numerous others who are seeing traction. Not banks.

It is likely that those who have dropped out from the payments bank race have been seeking advice from ‘experienced’ bankers. And nine out of 10 times, would have paid good consulting fees to receive multiple iterations of Paradise Lost. Ignoring this advice, even if parts of it, may hold them in good stead. (Oops! Is it an irony that I have been a banker for so long!)

Exploring the opportunity in financial services is like entering a huge castle that protects the riches. There are big, Goliathisque players who are bridging the moats, knocking at the main gate and waiting for the guards to open it. That’s conventional banking for you.

Then there are smaller Davids, who have no interest in treading the beaten path to enter through the main door. They are simply air dropping inside! Yes, flying high has its risks but it makes waiting at the door sound silly. They are not only altering the definition but making banking irrelevant in the form we know it.

Number 26 is a Europe-based app and web platform that offers host of banking facilities. They articulate their conviction in three lines – ‘Banking should be easy. Transparent banking is possible. Your smartphone is the modern bank branch.’ They smartly leverage conventional channels through tie ups with banks and payment solutions companies like Mastercard, while simultaneously competing with them with new-age offerings.

Number 26 has focused on ensuring seamless customer experience through smartphones. It offers real time transaction information, tracks expenses like a personal finance manager, reduces transaction costs and importantly customers can open an account within eight minutes using video conferencing. You can call it a digital bank, but that’s saying less. They operate in eight countries and without a branch.

It would be naïve to assume that European banking is a laissez faire. It’s quite the opposite. But players like Number 26 are creatively changing what banking means. Fintech companies across the world are simply unbundling bank offerings.

Square, Stripe, SoFi and even Apple Pay would prove the point. While the banks are still thinking payment gateway integrations, credit cards, wallets and hefty margins, the new age fintechs are working on seamless customer experience, faster TATs, AI, and open APIs. It’s indeed a bonus for them that the competition is ‘dumb’ and ‘slow’.

Closer home, the Pre Payment instruments (PPI) or more commonly ‘Wallets’ have surprised the banks, simply by offering an easier way of making payments. The Micro Finance institutions (MFI) have been able to build sustainable businesses through effective segmentation and targeting Bottom of the Pyramid, when the large banks were least bothered. Some of them are now moving up the curve with the new licenses issued by RBI.

With this background, it may help to realise that payments banks needn’t be ‘Banks’, the way we know it. They may happily remain a fintech, with an added advantage of having a ‘Credibility Certificate’ from RBI aka License.

The best part of being a startup is the ability to see potential where none existed for the mammoth corporations. They keep their eyes and ears open, they bet on the future and stay hungry to make a difference. Yes, some of them fail, not so much on potential but on account of errors in execution. Even for payments banks the landscape is lined with many potential bearing trees.

Payments banks would need to adopt a strategy of technological disruption combined with tactics of leveraging their channel. It may call for collaboration with new-age disruptors, optimisation, pivoting and, engagement with regulators like RBI to evolve the rules of the game. In a nutshell, do all things startups do.

In an era where relevance of conventional bankers may be doubtful, only those who can gaze this inflexion point will sustain. Payments bank license gives a vantage point to see what’s coming next. Considering them as financial technology platforms may be a better bet than trying to make them a ‘bank’. They can transform banking just like the mutation in urban commute.

We always had taxi operators, who were happy to offer rides only if it was a long distance one. We also had auto-wallahs, who were easily available but only if they were in a good mood. We had city buses with seats, but standing on doorsteps was the only place available. Indeed, we had all modes of transport till someone came and made things better. Uber.

They didn’t invent a new mode of transportation but made the current resources, that is taxis, more effective with a little help from technology. How? They didn’t think like a taxi operator. They had the mindset of a technology startup!

Payments banks can do the same to banking. How? Did I mention mindset?