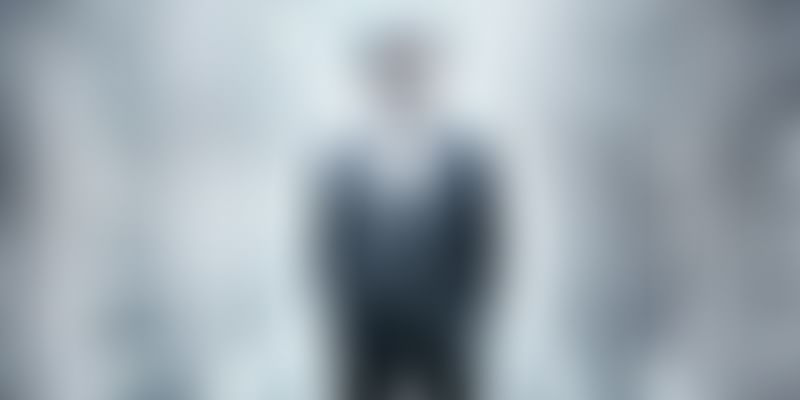 Shivaji Rao Gaekwad’s career as an actor started when he was just six years old, when he played the role of Ekalavya’s friend in the Hindu epic Mahabharata. But no one could’ve anticipated that this Marathi speaking kid would go on to become one of the most popular actors of all time.

Rajinikanth, as we know him now, was born on 12 December 1950, in a Marathi family, the youngest of four siblings. Named after Marathi king Chhatrapthi Shivaji, Rajinikanth had to take on odd jobs like carpentry and as a coolie, from an early age, to ensure his family could afford three meals a day. While supporting his family, Rajinikanth nurtured his acting talent by participating in several school plays. One notable role he played was that of Duryodhana in Kurukshetra. Later, when he was working as a bus conductor for the Bangalore Transport Service (BTS), he felt drawn to the stage again and began acting in Kannada plays. Rajinikanth joined the Madras Film Institute in 1973 to pursue a diploma in acting.

The first person to discover his inherent flair for acting was K.Balachander, an Indian director working primarily in the Tamil industry. However, Balachander wasn’t impressed with Rajinikanth’s acting prowess right away. At their first meeting, when Rajinikanth auditioned, he delivered some of Sivaji Ganesan’s dialogues and copied his mannerisms. Unfortunately, Balachander rejected him and advised him to develop a style of his own and to learn Tamil. The next time they met, Balachander, convinced of Rajinikanth’s acting skills, gave him a small role in his upcoming film.

In 1975, Rajinikanth debuted in K.Balachander’s Tamil classic Apoorva Raagangal. This was followed by a string of small and antagonistic roles in his upcoming movies. His breakthrough role in Tamil cinema was Bairavi, directed by M. Bhaskar. It saw Rajinikanth playing the lead role for the first time. Slowly, he was recognised as a prominent film star and his signature style of flipping the cigarette was a hit with the masses.

“Rajinikanth claims that I am his school. But I must admit that this wasn’t the Rajinikanth I introduced. He has evolved on his own merits and strengths. I gave him an opportunity and unveiled him to the world. He went and conquered it.”

After blitzing through a series of successful movies, Rajinikanth starred in a Bollywood movie Andha Kanoon, alongside Amitabh Bachchan and Hema Malini, which went onto become a big hit proving that language was no barrier for talent. His impeccable dialogue delivery and stylish walk earned him the title of “SUPERSTAR”.

While impressing audiences with his witty humour and unique style, Rajinikanth won many accolades along the way. During a period when most directors were ready to cast him as the hero of their film, Rajinikanth abruptly chose to quit acting. This sent shockwaves through the entire industry. However, Balachander and other close friends convinced him to return to cinema.

Rajinikanth married Latha Rangachari, whom he met when she interviewed him for her college magazine. He earned the Filmfare award for Best Tamil Actor in 1984 for Nallavanuku Nallavan.He made an appearance in the American film Bloodstone, playing the role of an Indian taxi driver.

In the 1990s, Rajinikanth established himself as a commercial entertainer through a series of blockbuster movies that ruled the charts for a long time. Critically acclaimed films like Thalapathi (1991), Annamalai (1992), Baasha (1995) and Padayappa (1999) leveraged Rajinikanth’s status from being a commercial entertainer to being an icon, loved by all irrespective of age, with a cult following. His lines from these movies, such as “ Naan oru thadava sonna nooru thadava sonna mathiri” (If I say it once, then I’ve said it 100 times) from Baasha, soon became household mantras, chanted by six-to-sixty-year-olds alike.

In 2000, Rajinikanth was awarded the Padma Bhushan by the Government of India, in recognition of his achievements in cinema. Rajinikanth’s first film to release in the new millennium was Baba (2002). He wrote the screenplay himself, but the movie failed to meet box office expectations and was a failure. Rajinikanth repaid the losses faced by the distributors himself.

In 2005, Rajinikanth signed up for Chandramukhi, which fared well at the box office and set the record for the longest-running Tamil movie. Rajinikanth earned Rs 26 crore for his role in Sivaji (2007) making him the second-highest-paid actor in India after Jackie Chan. Rajinikanth partnered with director Shankar for the sci-fi film Enthiran (2010), where he played the dual role of a scientist and a robot, Chitti; this went onto become the second-highest grossing Indian film of its time.

While being known for his pulsating action sequences and gritty dialogues, in real life Rajinikanth sports a soft-hearted persona and indulges in lots of philanthropic activities. In 2011, Rajinikanth supported Anna Hazare’s anti-corruption movement by providing his marriage hall, free of cost, to India Against Corruption members to hold their fast. Rajinikanth has also held campaigns in support of organ donation. Even though not being officially associated with any political parties he has made political endorsements in the past showing his support to the DMK-TMC alliance and BJP in the past.

In 2014, Rajinikanth signed up for Kochadaiiyaan, India’s first motion capture film, directed by his daughter Soundarya. This feat also made him the first Indian actor to have worked in films using different camera technologies like black-and-white, colour, 3D and motion capture. In 2016, he was awarded the Padma Vibhushan by the Government of India.

The lessons that we can learn from Rajinikanth’s journey:

1) Your success doesn’t depend upon your origins: Coming from a humble background, Rajinikanth has weathered hardships to become one of the most loved filmstars, both on and off screen.

2) In the face of failure, one must learn from one’s mistakes instead of losing hope and confidence: Rajinikanth’s career changed for the good, when he got rejected by K.Balachander the first time. Focussing on the advice lent to him, Rajinikanth developed his own style and learnt Tamil. The rest is history.

With Rajinikanth’s upcoming film Kabali’s teaser shattering all Youtube records set by Indian movies and garnering a critical reception from audiences, the movie, slated for release this summer, can expect a huge turnout and can hopefully satiate the audiences’ expectations of a blockbuster from the superstar again.