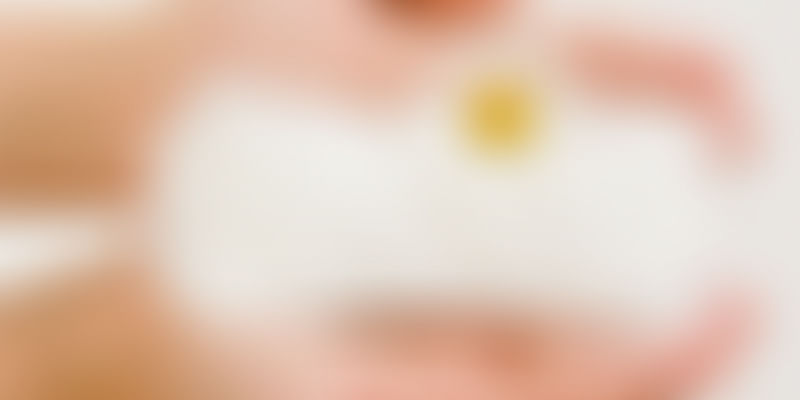 When we were little, our only clue to indicate the changing of our bodies from ‘child’ to ‘teenager’ was a hushed session with our mothers, who told us we’d bleed for a few days a month. With their assurance that this happens to every other girl growing up, our panic may have ceased a tad bit but our curiosity was burning to know more. Back in the day, we didn’t really have google to browse through for answers and well, television depictions, were and still are, a great joke considering the ‘period’ is shown as a pale blue liquid sustained in the sanitary napkins of the Company with the high sales.

The social stigma and taboo of the very concept surrounding menstruation has been one that has been in power-play for centuries in this country. In some houses that are rooted to tradition, women on their period are not allowed to enter the kitchen to cook, or a temple to pray- because for those five days, they are deemed ‘impure’.

Men shuffle their feet and look away when they see a girl carrying a bright green or orange pack of Sanitary Napkins, because their masculinity is more at ease when we cover it in black plastic bags. The irony is, the very process of menstruating is a natural cleansing of all the toxic matter in a woman’s body- hence ‘purifying’ it. So why is it deemed so ‘shameful’ and ‘dirty’ by men and women alike? Why do we still get awkward when we go to medicine stores with male salesmen and ask for a pack of fifteen? Why are we so apologetic for one of the most miraculous albeit uncomfortable natural processes of life?

Well it’s time to break the taboo, and Ajmer is doing it like no one else. Although the City of Ajmer has often been deemed ‘old-school’ and ‘conservative’ by most, their recent venture is a slap in the face to all those loud mouths.

On Wednesday, Ajmer launched India’s first ‘Sanitary Napkins Vending Machine’ at ‘Janana Hospital’, in order to promote healthy hygienic practices among women. Over the next three months, 70 such machines will be put up all over the City- in jails, bus-stands, polytechnic colleges and schools.

The initiative was launched by the City’s district committee, who understood how difficult it was for women of Ajmer to walk up boldly to a medicine store run by men and ask for a pack of sanitary napkins.

“In view of the stigma and social taboo associated with sanitary napkins, majority of the girls/women, feel embarrassed and hesitate to go to the commonly known outlets for sanitary napkins, manned and often crowded by men, resulting in unsafe practices, and use of unhygienic materials during menstrual periods. Thus, vending machine would be a good solution,” said Gaurav Goyal, the District Collector.

Goyal along with the rest of the committee, were delighted see a large number of women entering Janana Hospital on Wednesday, to use the machine. The first to use the machine, Rajkumari, a nineteen year old girl from Lavera village near Naseerbad said- “It is embarrassing to go so a medical shop or some other shop and deal with the salesmen there. It is a good initiative.”

The hesitation of these women to visit the popular medical outlets in the City in lieu of being judged by the men of the shop and the fellow customers, leads them to indulge in alternative unsafe and unhygienic materials to use as ‘sanitary pads’ during their periods.

The Committee thus set up these vending machines to break this social stigma and to make avail, at all times of the day, the usage of this machine to belch out sanitary napkins to be used by the women. One has to push in a ten rupee note or coin into the machine, after which it will produce a total of three sanitary napkins.

“The objective of this initiative is to contribute to promote safe & hygienic sanitary practices among women/girls,” says Goyal.

These vending machines were manufactured by Hindustan Lifecare Limited (formerly Hindustan Latex Limited), which is a government of India initiative. They come with ‘Sanitary Napkin Incinerators’ that are attached to them, so that the sanitary napkins can get disposed off easily as well.

“Ajmer is the first district of the country to launch these machines on such a large scale and at such variety of locations,” says Mohan Das Nair, Deputy General Manager of HLL Lifecare Limited.

Probably one of the most socially relevant and effective initiatives planned by the local authorities, these Sanitary Napkin Vending Machines are a step in revolutionizing social stigmas and should be adopted by the different states across the Country, as well.