5 student movements that will continue to inspire generations to come 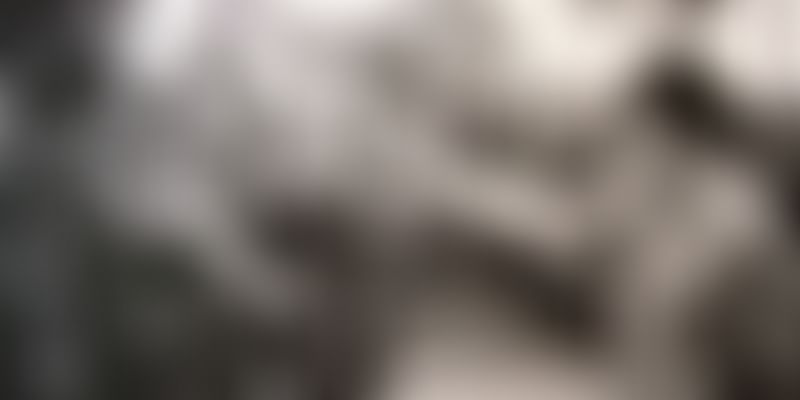 Last week observed the 27th Anniversary of the 1989 Tiananmen Square massacre. The previous day The Economist had sent out its daily briefing on it with the alarming title “A day to forget”. Alarming because Tiananmen was a watershed moment in Chinese history – that has defined the path the country has taken after it, and created the ruthless security state that China is today. The danger that the Communist Party has succeeded in erasing the event from the people’s memories; and that even Hong Kong, which for years championed Tiananmen commemorations, has lost interest in it is cause for worry.

However, Tiananmen Square is famous because of the student protest that inspired a nationwide movement for more democratic policies. The stand Chinese citizens took against brutal armed repression by the government and the army is a source of inspiration for activists all over the world. Tiananmen is not alone in this either; below is a list of student movements that took courage and daring, and commitment to the truth. Because sometimes, when the able working citizens of a nation do not do what needs to be done, the students must fill their shoes!

In the square that separates the rest of Beijing from the imperial Forbidden City, thousands and thousands of students, peasants, workers, and citizens from all walks of life had gathered to protest for political reform. What had started to mourn the passing of a liberal reformer in the Communist Party by a small group of mainly students, had grown during a period of two months to a nationwide call for greater freedom of speech, representation, public involvement in decision making, measures against corruption. The people wanted accountable government. Despite the imposition of martial law, the protests had continued: the students would not back down in the face of various threats by the government. Finally, on June 3, erstwhile President Deng Xiaoping sent the entire strength of the People’s Liberation Army (the Chinese army) to clear out the square. It was one of the brutal sights the world has ever seen: infantry divisions marching into the square and firing indiscriminately, killing thousands of innocent Chinese, mainly students. Over the next two days, the entire square was reoccupied: all the students killed or arrested. However, this oppressive scene was also the stage for some iconic moments of courage and defiance:

When the army sent tanks to take back the square, ‘Tank-Man’ stood his ground even in the face of such overwhelming might – even showing the Chinese army down by blocking the tanks’ path. This one action has become a clarion call of millions of oppressed peoples around the world, and will continue to inspire for generations to come.

Even though Tiananmen is a story of repression and how power was used to crush a revolution; there is also a story of defiance and courage that the world has selected to remember – the students who stayed even with armed forces entering the square, who fought while they were being shot at, and refused to budge because of what they believed in.

The legacy of Tiananmen is visible in another inspiring protest from recent times. Perhaps the most inspiring thing about the 2014 Hong Kong pro-democracy protests was to see the maturity with which young teens were leading demonstrations about Hong Kong’s fate. The tiny city-state was facing a crisis regarding the 2017 elections: momentous because these are the elections where Hong Kong is supposed to finally get universal suffrage, or “complete democracy”, as its people were promised 20 years ago. Under the “Two Systems, One Country” scheme sold to the people of Hong Kong by Deng Xiaoping when the British colony of Hong Kong was being handed over to the Chinese, he promised that in 20 years the Communist Party would stop interfering in the election of the Chief Executive, Hong Kong’s head of government. However, in 2014, the Communist Party announced that candidates for the post would still be screened: effectively allowing Beijing to still put whoever they want in charge of the semi-autonomous territory.

Occupy Central with Peace and Love, Hong Kong’s main political activists, announced that they would hold protests against the decision in central Hong Kong. But the protests were actually kicked off by two student groups ‑ Hong Kong Federation of Students and Scholarism, who organised a large scale class-boycott in September. School and college students were the first to occupy central, following which various organisations and Hong Kong citizens who support democracy joined in. It became known as the Umbrella Revolution because of the umbrellas the protesters carried with them to fend off the rain, sun and authorities’ pepper sprays. Seventeen-year-old Joshua Wong, Founder of Scholarism, became the face of the protests. He was arrested immediately as they began, but remained at the forefront: making speeches and advocating strongly that Hong Kong’s citizens fight for their rights. His history of political activism and taking initiative added to the very visible leadership skills he displayed, and the wisdom of statements like “This decision should for the citizens, not Scholarism, Occupy Central or others.”

While the protests did not result in any electoral reform, and were repressed by authorities in the end: activists did not deem it a failure, because it was a wake-up call to Hong Kong, and alerted the world to the plight of Hong Kong and all of China.

The Indian context created a very different kind of student protest in February 2016, when the freedom of speech and the freedom to criticise the government were threatened. In the face of this threat, students from universities all over the nation, along with liberals, left-wingers and those Indians who support freedom and individual liberties, expressed solidarity with the students of Jawaharlal Nehru University, and protested the arrest of the Students’ Union President Kanhaiya Kumar, and student leader Umar Khalid, among others. The centre of the controversy was a meeting organised in JNU to protest the hanging of 2001 Parliament attack convict Afzal Guru.

It was alleged that they had shouted “anti-India slogans” and pledged the “destruction of India” during the course of the meeting, and the pair were arrested on the charge of sedition based on this allegation. While a majority of Indians consider Afzal Guru to be a terrorist and support his hanging; they also believe strongly in the constitutional right of every Indian to free speech. Therefore, there was a very strong outpouring of solidarity when the police arrested and reportedly mistreated students for statements they had made at a private meeting inside their own university. And since it was done using the Draconian British-era sedition law, it provoked another debate about whether such a crime as “sedition” should exist in India. When lawyers belonging to an affiliate of the ruling BJP party beat up Kanhaiya in open court, it became clear to the country that the student leader was being treated unjustly and attacked because he had raised a voice of dissent. He also won support because the issues he fought for included inequality, caste, and secularism. The movement grew as it protested what was perceived as a larger trend of suppressing dissent and liberal thought in the country: instances like the banning of the Ambedkar-Periyar Study Circle, murders of secular thinkers, banning of beef and the suicide of Rohith Vemula were cited.

Another landmark that will observe its 27th anniversary this year is the Velvet Revolution. Without a doubt the most historically significant event on this list, a student demonstration in the centre of Czechoslovakia’s second biggest city finally precipitated the fall of communism across Eastern Europe. Interestingly, the protest began on November 17, International Students’ Day, to honour Czechoslovakian students who were killed and taken from universities to concentration camps by the Nazis in 1939. The commemoration of this day was leveraged by student groups and pro-democracy political activists to demand reform and the overthrow of the dictatorial Communist regime. They were led by the charismatic Vaclav Havel, a playwright who had campaigned against the Communists all his life: an unlikely leader who would eventually become the President of Czechoslovakia. However, what turned this protest to a nationwide movement was what we have seen as a pattern among panicked autocrats – violent repression. Riot police were sent to disperse the students, and the police attacked the non-violent demonstrators. It was this use of force that turned the movement into a nationwide rebellion.

All over the nation there were strikes, protests, demonstrations and boycotts demanding the resignation of the Communist leadership. A big part was played by writers and artists; because one characteristic form of suppression under the Communists was censorship and cultural seclusion from anything Western.

So the freedom of expression became a central rallying cry, and CDs of the American band The Velvet Underground smuggled into the country inspired its name. But it is also known as the Velvet Revolution (or the Gentle Revolution) because these solely peaceful protests – sometimes even in the face of brutality and violence by the police – over a period of two months actually resulted in the downfall of the regime. It has been held up ever since as the stellar example of a successful peaceful revolution. And the resignation of the Communist government was followed by a peaceful transition to the first democratically elected Czechoslovakian government since 1948, led by Havel. It even became a trigger for further rebellions and movements in other Eastern European states, which eventually resulted in the end of Communism and the downfall of the Soviet Union. Peace really does succeed!

This week France has seen nationwide strikes and large-scale demonstrations in opposition to a new labour law. Similar strikes took place in 1968. The entire country erupted in protest for a period of two weeks, which was instigated again by a student agitation in the capital.

Students of two universities in Paris, the “JNUs” of that controversy, had raised their voices against the French government of President Charles de Gaulle: affiliated with left-wing groups who opposed Gaullist capitalism, they were specifically fighting administrative and bureaucratic policies on campus. However, the use of the police by the government to clear out the demonstrators turned it into a larger political issue. Students and left-wing activists all over Paris organised protest marches against the government. The process of escalation continued, and more heavy-handed response by Gaulle’s government sparked violent clashes between the protesters and police. But instead of scaring French activists, this spurred the French public into action. All over the country, massive numbers of workers and citizens started agitations in solidarity with the students, and called a general strike against the government. Far from staying peaceful, factories across France saw workers and police clash over the charge of capitalist exploitation, and the principle of suppression of dissent.

Eventually, 22 percent of France’s population was on the streets, nearly bringing the French economy to a halt; and forcing President de Gaulle to flee to Germany. The uprising was a failure that effected little change and in fact strengthened Gaulle’s hold on government, because it was unstructured and violent.

However, it is an unprecedented example of a protest about a specific issue – here university administration – turning into a nationwide general strike that ended up driving the President out of the country.

Read More: May 1968, The Revolution that Never Was