Capture the Galaxy with this pocket sized camera 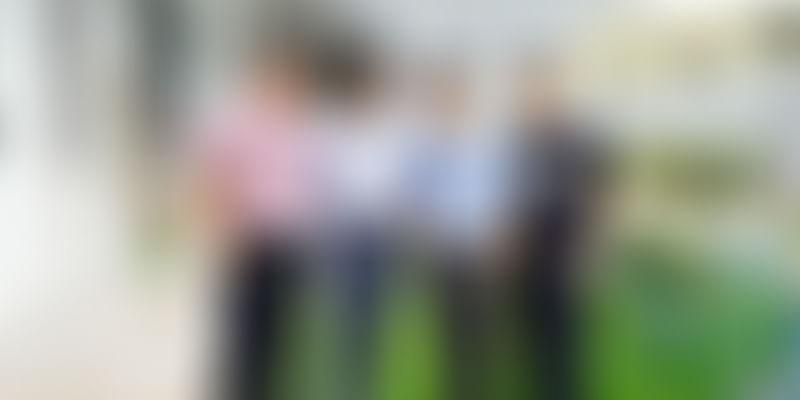 A fantastic education system combined with tremendous support for startups makes Singapore one of the best startup destinations globally. The result of this enviable combination is TinyMOS, which is a hardware and IoT startup. TinyMOS is set to launch their first product Tiny1 later this week, which is a pocket sized camera made for astrophotography and the stargazers. It's like GoPro for capturing the galaxy.

The team behind it

For every startup, it's their team that can make or break it. TinyMOS’s website describes their team the best “A passionate photographer, a frustrated engineer and an electronics geek”. Grey Tan, Ashprit Singh Arora, and Lih Wei, Co-founders of TinyMOS, met at the National University of Singapore. Three of them got together in 2014 to create a smarter and more economical way for astrophotography. Grey came up with this idea when he realised even his Nikon DSLR was not serving him well when he tried to capture the Milky Way on a trip to Malaysia, as astrophotography knowledge was obscure even for a seasoned photographer. He realised that there might be thousands of astronomy enthusiasts around the world who would be facing the same issue. He combined forces with Ashprit and Lih. Ashprit is a NUS graduate who spent time building and prototyping things at Sustainable Living Lab in Singapore. Lih was a star with both hardware and software, building satellite systems in NUS and proving his skills in Silicon Valley.

It wasn't a smooth road

Apart from the multiple iterations and rejections from investors, the team faced their biggest challenge last year. Hours before their flight to TechCrunch Disrupt, their manufacturing and development team informed them that one of the key features of the camera could not be delivered in time. The team regrouped and started work from almost scratch and decided to delay their product launch by six months. Hard work finally paid off as they were able to figure out a more economical technology, which meant a lower price point for their customers.

What makes their camera special

But what really makes their camera special is the Augmented Reality Star Map, which helps you search for and locate stars and planets, and Capture Presets, which automatically selects the right settings for capturing night images. This has been combined with social features to check out and share what images other users are capturing. Founded in 2014, Singapore-based TinyMOS has got great responses from their early testers and are gearing up for a crowdfunding campaign. They are looking to launch successfully on Indiegogo and become a successful hardware startup. In the long run, the team believes they could be like GoPro, which also started with a niche group of surfers and has become a multi-billion dollar company today.

It’s interesting to see that despite having some investor money, the team has chosen crowdfunding as they believe this brings them closer to their consumers and creates a community which is essential for their success. TinyMOS has been backed by a grant of $1,80,000 by Singapore Government and also raised seed investment $150,000 from a group of angel investors.

It is encouraging to see a team of fresh graduates doing the groundwork for two years to launch their dream astronomy camera. Currently available bulky and expensive equipment ensures that astrophotography is a niche, but TinyMOS is out to change that perspective.

Since we last spoke with the TinyMOS team, they have launched an Indiegogo campaign for their first product Tiny1, and smashed through their 100k USD target in 4 hours. You can check out their campaign at - get.tinymos.com.