Guess who contribute the most soldiers to UN's peacekeeping force? India and Pakistan 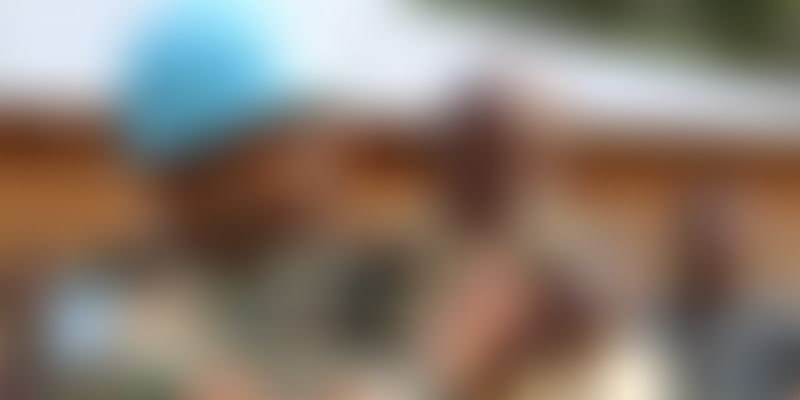 Academics and journalists have recently been intrigued by the phenomena of poor or developing nations like India, Pakistan, Bangladesh and Fiji contributing massive numbers of soldiers to the UN’s peacekeeping force. The Diplomat noticed that this list is topped by three South Asian nations: India, Pakistan and Bangladesh. Beyond the pride in our country and, most importantly, our jawans this generates, it is remarkable that India and Pakistan’s armies often work together in war-ravaged nations.

The UN’s largest peacekeeping effort is in the Democratic Republic of Congo, whose tumultuous history since its independence in 1950 has consisted of a succession of seemingly endless wars. In Congo, the two largest peacekeeping nationalities are India and Pakistan: contributing 4,000 each to the total strength of about 16,000. The idea of Indian and Pakistan armies working together on a day-to-day basis in large numbers, keeping the peace, is something unthinkable for many in both countries: who, if the rhetoric and news reports are to be believed, seem to be at each others’ throats all the time.

When I came across the statistic, I too was intensely surprised. In a world of superpowers like the US and military behemoths like Russia and China, to see tiny nations with much smaller armies like Bangladesh and Pakistan, right at the top of the list of countries volunteering their soldiers for international missions is definitely anomalous.

A related statistic is the financial contribution of UN members to the peacekeeping efforts: there, it is clearly developed nations like the US, Japan and France who contribute the most. The US, in fact, supplies 30 percent of the $8.3 billion required in peacekeeping missions around the world. In troop contributions too, the gap is noticeable: India, Pakistan and Bangladesh each contribute double the number of soldiers that China does, and China is just sixth on the list.

It is a proud feeling to read that, upto 2011, India’s squadron of MI-35 attack helicopters made it the most important member of the UN mission in Congo.

But before, we proceed further: what is UN peacekeeping, and what does it involve?

In the words of Lieutenant General Syed Ata Hasnain of the Indian Army, “[peacekeeping] is about keeping warring factions at bay from each other in an internal conflict/civil war; quite literally coming in their way or between them.” The role of peacekeepers is mainly to protect civilians, and maintain some kind of law and order in nations where it has collapsed. They also help with the provision of humanitarian aid.

They have been successfully used, as in Sierra Leone, to implement peace treaties after they have been signed. In most cases, they can only use their weapons in self-defense. In certain scenarios, however, like that of genocide, they actively use force to prevent atrocities or ensure that peace is arrived at. These are rare, and their main duty in places like Kashmir, where they are currently deployed, is to act as a buffer between warring factions or armies, and an armed guard for civilians and diplomats especially. This approach has failed at times: the UN failed to prevent the genocide in Rwanda, but has seen success in Mozambique and Cambodia.

Gen. Hasnain describes his working with officers from armies around the world as part of the multi-national peacekeeping missions, including the “wonderful” experience of serving under Pakistani Special Representative Shahryar Khan in Rwanda, and the close collaboration between the two armies while fighting militants in Mogadishu.

It was disappointing to see the comments of even this touching and inspiring piece explode with vitriolic repartee between Indians and Pakistanis. Even today, the public debate around the two countries is dominated by 60-year-old grouses and a show of enmity that has lasted just as long: politicians and military leaders both making attacking statements about their counterpart nation.

It is important not to get lost in this rhetoric: without denying the legitimacy of the issues both sides have, collaboration and cooperation must and does continue to take place. A touching article in The Tribune describes Indian army doctors treating Pakistani soldiers after they were wounded in an attack in Congo. The Congolese mission is particularly interesting because, since 2005, India and Pakistan have constituted the main part of the UN mission there; and done so knowingly.

Two research pieces study the reasons behind this South Asian dominance in the area of peacekeepers: they suggest that beyond the humanitarian goodwill and desire for peace, the nations have something to gain from this contribution. From a military perspective, it allows the maintenance of large armies whose soldiers gain battlefield experience. Further, it earns the countries’ benefits in terms of international standing, and strengthens their ties with lucrative African nations.

Even with the presence of such ulterior motives, however, there is no denying the genuine commitment to peace and contribution to the international community these statistics demonstrate. They also offer a lesson for Indians and Pakistanis who see their armies as in constant opposition to each other. Our armies work together, we can too.