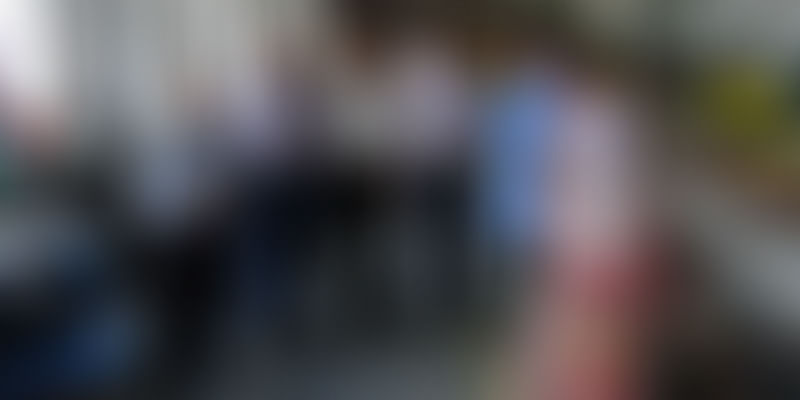 Every day, we share success stories of youthful India, which is brimming with energy and potential and stacking up revolutionary businesses. Tales abound of entrepreneurs, many in their early 20s or even younger, who are making a mark in the startup ecosystem. But, how often do you come across a man who steps into the shoes of an entrepreneur post-retirement, at the ripe age of 70?

While working for a company that made specialty wires, Lalit Mohan Mathur visited a customer in New Zealand who complained about the poor quality of cables he was importing for comfort heating applications from another manufacturer.

A while later, after retiring from the company, he contacted the New Zealand importer and asked him if he still faced the cable problem; and offered him a possible solution.

Lalit sent the customer some samples made on improvised, hand-made machines. Delighted both with the samples and the price, the importer decided to source his complete requirement from Lalit. This spurred Lalit on to launch a company.

In May 2005, at the age of 60, he incorporated Wipe Hotwire India Thermal Equipment (WHITE), a manufacturer, supplier and exporter of insulated heating wires, cables, mats and heating equipment.

After the incorporation of the company, various related issues started rearing their head. “There weren’t adequate testing facilities in the country for specialty cables and we had to put in effort to get international certifications. There was a problem of finding skilled manpower since the product is primarily for export and the domestic market doesn’t offer a training ground. The issue of funding was another major factor which would decide the growth of the company,” says 70-year-old Lalit, Founder of WHITE.

Lalit, who holds an engineering degree from the University of Baroda and is an alumnus of Jamnalal Bajaj Institute of Management Studies, began his career with Tata Electric Company at Mumbai. He subsequently worked with state electronic development corporations KELTRON and Uptron, in their R&D department. His last assignment before retirement in 2005 was managing the R&D portfolio for a mid-sized manufacturing unit for specialty cables.

Institutions refused to stake their money

Starting out with a modest sum of Rs 2 lakh from his personal savings, which went into buying raw materials and machines, Lalit struggled to find an investment source. After incorporation, WHITE quickly got a kitty of orders and applied for a loan with a nationalised bank. The loan was promptly turned down because the company’s founder was 60 years old and it seemed a risky investment for the bank.

Later, Lalit’s two friends, who became his partners, invested around Rs 12 lakh in the company, which he put in buying some critical machines, raw materials, and in hiring talent. In 2010, the platform raised an investment from its client in the Netherlands.

When slow and steady wins the race

Starting out with modest production, the company claimed to produce three million metres of cable and clocked a revenue of Rs 12 crore in the last fiscal.

Lalit set up a small unit in Sahibabad. In a few years’ time, he moved the unit to Neemrana in Rajasthan. Currently, he runs two production units in Neemrana, driven by a 100-people workforce.

According to Lalit, the company build its credentials primarily by word of mouth via customers. WHITE also participates actively in trade shows around the globe – that helps it connects with new customers and suppliers, as well as stay abreast with upcoming market trends.

Today, the company caters to the world market, primarily Europe and New Zealand, and is trying to enter North America.

Sharks in the seas

According to Ken Research report, India’s wires and cables market revenues have grown at a CAGR of 16.4 percent from 2009 to 2014.

According to the research report, the country’s wires and cables market will grow at a considerable CAGR rate and will reach over Rs 590 million by 2019 due to the increasing number of manufacturers and rising investment in different sectors.

According to experts, the world wire and cable market was valued at $4.65 billion in 2014 and is expected to grow at a CAGR of 8.7 percent from 2015 to 2020. Currently, the commercial and residential application holds a large share in the underfloor heating and snow-melting market. The growth of this market is fostered by increasing concerns about energy efficiency and the global environment.

In the cables category, especially which offers solutions for heating needs, there are only a few large companies in India that have a similar product portfolio. Thermopads is one of the largest manufacturing and export companies. Tefkot and Garg Associates are other two NCR-based companies that are in exports.

Give back to society

“Having fostered WHITE for 10 years, I feel content that it has served its objective of providing employment and training to the youth. Through WHITE, I am also fulfilling my desire to give back to society – we actively support a charitable eye hospital and have adopted a primary school at Neemrana,” concludes septuagenarian Lalit.