[Startup of the Day] Buzz4health is empowering 1.5 lakh doctors to network and collaborate on medical cases 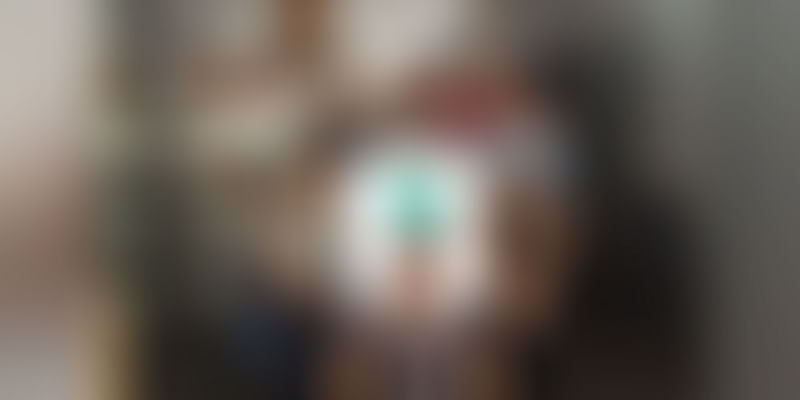 Learning is a continuous process for doctors. In 2011, the Medical Council of India made it mandatory for doctors to attend 30 hours of Continuing Medical Education (CME) every five years. If they failed to attend CME, their registration to practice would be suspended.

While working with one of the well known medical equipment manufacturers, Hitesh Ganjoo got an opportunity to visit Hong Kong, where doctors from various parts of India and the rest of world had gathered for a medical conference. They came all the way from India to listen to a group of doctors from the US, who were discussing new cases.

When Hitesh spoke to doctors and enquired about travelling all the way from India to Hong Kong for a conference, he realised that doctors needed to be updated all the time. Meanwhile, he also came to know about CME being compulsory in India and the doctors’ need to have mandatory credit hours.

Hitesh observed the medical sector for some time and decided to launch a platform, through which doctors would be able to share and discuss medical cases. It would also offer CME credit hours to doctors.

In March 2015, Hitesh, along with his colleague Tushar Gupta, launched Buzz4health. It is a professional platform for doctors and medical students, which lets them collaborate through real medical cases and other continuous medical education content.

“The platform has been incepted with the idea that a doctor’s education never ends with a degree; a medical practitioner needs to stay updated with the latest information on new drugs, research, approaches and emerging evidence-based treatment protocols,” says Hitesh, who is the CEO.

He adds that he gives access to real-world medicine and helps physicians share and gain knowledge from multiple specialists with relevant work experience. The customised professional platform helps verified doctors post their medical cases in a click and seek the opinions of over ​1​5​0,000 registered doctors on the platform.

A junior doctor from a village near Nagpur faced a trauma case where he had to attend a patient with a severed hand. He posted the case on the Buzz4health platform where he received more than 20 valid pieces of feedback from 20 different doctors, which helped him decide on the next course of action. With this feedback, the doctor could save the life of the patient.

Hitesh says that every day, doctors discuss various medical cases on the platform. There have already been approximately 4,000 cases posted and discussed.

“On this platform, doctors need not worry about security issues. The service encompasses a secure communication medium, wherein medical practitioners can raise queries, have discussions and give suggestions without compromising on sensitive issues like patient anonymity or medical compliance issues. This facilitates seamless peer-to-peer discussions on the latest research, new medicines and patient care applications,” says Hitesh.

CME is the target

Traditionally, CME’s have been confined to physical workshops and conferences but Buzz4health aims to disrupt that by providing premium online content which is not only remotely available, but duly certified and approved by the relevant medical associations.

As a pilot project, the company partnered with some of the doctors from AIIMS, Medanta and NH hospital to create a unique format for an online CME, which could be made available to the remotest areas in the country.

During March 2016, the company got four-and-a-half credit hours from the Medical Council of Delhi. The platform saw a business model of great potential, where it could make CME a paid segment.

He adds that for each CME content, there are different credit hours. At present, there are around 200 doctors who have completed CME on this platform. According to the company, there are 15 CME applications in the list which it will soon be released on the platform.

“Having succeeded in this pilot, we believe that we are uniquely positioned to leverage strong partnerships with key opinion leaders with the huge technology platform, and really scale Continuous Medical Education through technology,” says Hitesh.

According to a report released by India Brand Equity, the market size of the health sector in India was estimated to be $ 75 billion during 2012-13 and is projected to reach $280 billion by 2020.

Tencent-backed Practo is among the leading players in this space, having acquired multiple startups such as Fitho, Genii and Qikwell. Practo has also entered the online medicine ordering segment. Accel and IFC-backed Portea is another established player in this sector. Early this year, it acquired a majority stake in PSTakeCare.

In the past few years, the healthcare segment has witnessed the mushrooming of digital healthcare startups.

Besides patients-centric startups, some doctors-centric startups have also come up. Curofy, a medical networking app that powers communication between doctors, is another contender in this area.

With diversifying growth in the healthcare segment, the industry expects to witness the emergence of some more winners in the coming years.