Firing a client is not arrogance. Sometimes, it’s just profitable 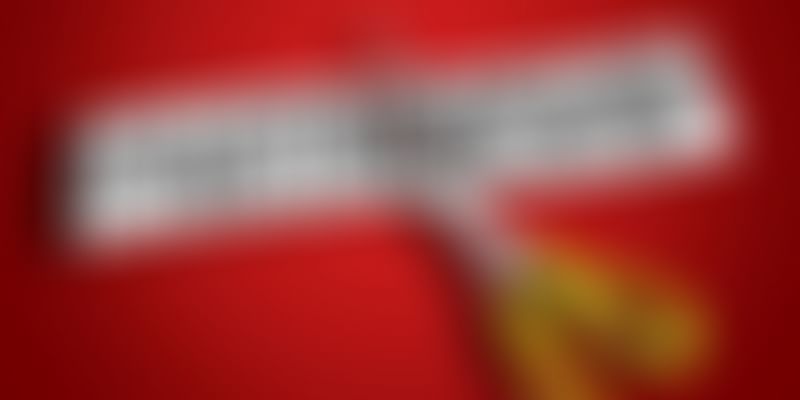 Firing someone is one of the toughest decisions to make. It might seem really easy from the outside, but an entrepreneur knows how difficult it is in reality. And firing, today, is not limited to employees only. With the kind of fast-paced environment we’ve got around us, it’s also for the clients. And there’s nothing wrong with that. Though it’s got its own share of repercussions, especially in our part of the world.

But sometimes, business owners have to make these crucial firing decisions even at the risk of coming across as arrogant, over-confident, blinded, etc. As a matter of fact, a business owner is not always here to get lost in the maze of perceptions. His first duty is to safeguard his company and his existing team. And if a client becomes a hindrance in his path then it’s best to show him the door.

The problem, however, is that we wait until the client does that to us. We suffer, and struggle for ages. We continue working with clients who harm our company and people in every possible way. We slog till the end. We think that it’s only our responsibility to make an association work, which is fine in a way. That’s because getting consistent business is the only way for a company to survive.

But sometimes, we end up paying a much bigger price to get this consistent business. This price is way beyond the bucks we actually make. Unfortunately, by the time we realise this, it’s too late. Making efforts for an association to work is great as well. But if that’s at the cost of your people and company, you might want to re-evaluate that deal. Firing a client does come across as rude or arrogant to people. But if this fear of getting typecast stops you from taking that step, you’ll know that you’ve come to a devastating standstill.

You ought to make a decision

Firing is like amputating a limb of yours, to save from yourself from the tumour that will slowly ruin every single part of your body. And every startup leader would understand why it feels so difficult to do that. Apart from the emotional connect, there’s also an aspect of financial dependability. So, firing a client is certainly not an easy call to take. But sometimes, you ought to take one.

Over the years, we’ve had our share of episodes with our clients; good, bad, and ugly. But there are a couple of them that we had to fire, for obvious reasons of course.

The owner of a dull, family-run baking business had contacted us a couple of years back. Our initial observation was that he was keen on shaping up his brand to suit today’s times. Over the years, we’ve had the opportunity to work with some great leaders who put in their heart and soul in taking their family business to greater heights. In this case too, the aspirations were huge. And there’s nothing wrong with that. But you don’t become a world-class brand with a sub-standard mindset.

Unfortunately, these guys had not worked with an advertising agency in the past either. We always knew that taking up this brand on-board would be an uphill task. We also knew that apart from rendering our services we would also have to educate them. Well, some of the best brains in the industry say that educating the customer is one of the key areas that every business should focus on. What they don’t say is that if this education has to begin from pre-school, you’ll soon meet nothing more than a disaster.

The client had a decent turnover. But again, turnovers are deceptive. The scale of the business was huge. But there were no branding efforts made in the last couple of decades. So, the brand was literally invisible. It’s a known fact that if a brand is not aptly positioned and promoted, in today’s times, it’ll soon become distinct.

When we’d received the initial request for a complete rebranding exercise, the brand was far from being alive. But apart from bringing it to life, we had to deal with a business owner who was highly indecisive and fickle-minded. The client’s objective changed with every passing day. And it was never for the good. For those who’re from the advertising or related industries, this could sound very common.

But if you’d witness the whole episode, you’d understand that this was a very uncommon scenario, even for the seasoned professionals. We kept getting requests that were beyond any logical sense. And we continued with the pre-school education of the client. We didn’t charge them for this education though. And we were so deeply involved with the brand that we didn’t even realise that we were helping the client kill the already dead brand, again! That’s the last thing any advertising agency would want.

The whole objective of the client was to shape their complete brand. Give it a makeover; make it young, friendly, and classy. And we tried every single thing in our control. In fact, we even tried stuff that was beyond our scope of work. But nothing really helped. We continued with our approach of trying our best, every single time. Educating the client about the latest trends, do’s & don’ts, and more.

But some people are allergic to learning. The client kept tinkering with their new logo for ages. As a good agency we kept supporting them in their effort to kill the brand, all over again. We never kept any track of the amount of time, effort, energy and resources we invested in the brand. The idea was to create something that adds some real value. But when contradiction and an erratic objective are the only two things that are consistent, everything else begins to fall apart.

Soon, we began to understand that no amount of education could help this client. He literally sucked all the energy and ideas out of us. And the outcome, however, was pretty awful. It was time for us to make that most dreaded move. We were anyway coming to the end of our contract. And there was an initial apprehension to renew it.

But we still pitched it. The client was busy with some other commitments, and it gave us time to re-evaluate our pitch. And we were clear that we would not request for a contract renewal. It was going to be a sizeable financial hit. And we were struggling to stick to a decision so brutally strong. But every time we evaluated the amount of time and energy we’d be left with, it made things easier.