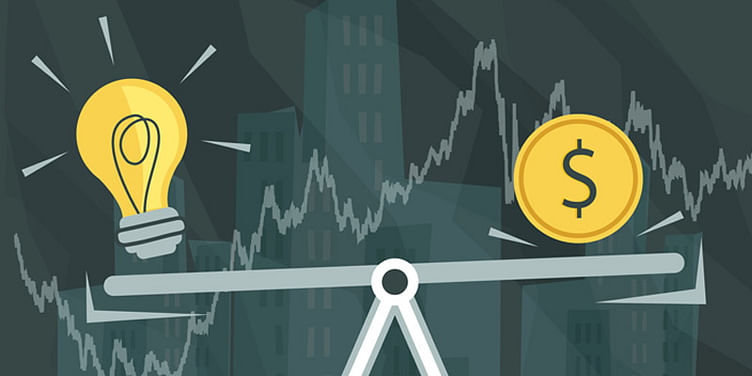 “How is it possible that a company/business which is incurring losses, can be pegged at such high valuation?”

This is a common question that I, as a consultant, had to face before every income tax officer scrutinising the returns of a startup company. Many income tax officers are yet to understand the thought process and key metrics that decide a startup’s valuation. By and large, startups are valued based on reach, scalability, and market share of the company. However, from the officer’s perspective, valuation should be based on the future business plan of the company and their ability to achieve the profit supported by past figures.

As per Section 56 of the Income tax act, 1961, any excess consideration received by a company towards issue of shares, over and above its fair value, is treated as income and taxed at 30 percent. This is not applicable in case the investment is received from a non-resident (or) investment received by a venture capital company/venture capital fund.

This regulation was brought into effect from April 1, 2013, to curb the issue of black money being brought as share capital with a high premium.

Now, the Income tax department is planning to issue notices for companies downsizing their valuation based on the principle that the difference in the premium between the downsized round and last round should be taxed under section 56 considering the premium difference as income. I am sure the investors and the companies have sufficient reasons to downsize their valuation owing to decrease in profitability or growth. However, these notices would lead to long drawn legal battles between the department and the company and thereby increasing their legal cost.

The very reason for downsizing the valuation would be due to lack of expected growth, which would invariably result in cash crunch. To add to this scenario, legal issues arising out of down-rounds triggering the aforesaid clause, would lead to unnecessary burden on the startup and reduce its management bandwidth.

The investment climate in India reached an all-time high in 2015 and started falling in 2016. As per the income tax laws, the income tax officer can issue notices six months from the end of the relevant of Assessment Year, for example, for FY 2014-15 and 2015-16, the income tax notices should be issued before September 2016 and September 2017, respectively.

With the current investment climate with multiple down rounds happening and investors taking a hair-cut on their investments, there is a strong possibility of many startups receiving IT notices relevant to such fundraises which were based on frothy valuations. Documentation and process followed with regard to investments received needs to be maintained to ensure readiness in case such cases need to be tackled.

From the view of a startup founder, “If the share price is agreed between the investors and the founders, then there is no role for the government to question this valuation”. However, from the view of an income tax officer, “Many people in the past had misused the route of paying premium for converting unaccounted cash (black money) into legal money (white)”.

The initiative of the Government to curb black money is appreciated; however, a mechanism should be brought in so that genuine startups are not affected by these notices.