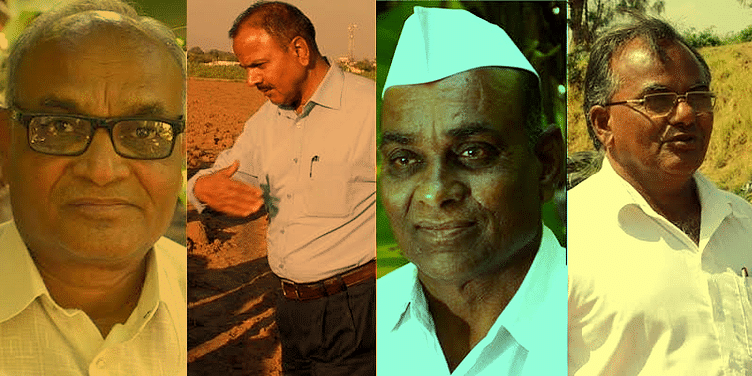 It is the 25th anniversary of the initiation of big bang economic reforms and if people were asked to list the vibrant sectors, agriculture would not be one of them. It is an area that has seen little liberalisation, though in the July 1991 ‘reform’ budget, Manmohan Singh as finance minister allowed the prices of potassic and phosphatic fertilizers to float and raised urea prices by 40 percent, only to roll it back by 30 percent following an outcry. Reforms however improved the terms of trade which were adverse to agriculture, by reducing import duties (and prices) of manufactured goods. Devaluation of the rupee made agricultural exports profitable. Farmers could get international prices for their produce, so long as jittery governments did not impose curbs to tame domestic inflation.

But farming is associated with gloom and doom. It is painted as a hopeless activity that drives farmers to suicide. Yet as a category, more housewives kill themselves than farmers, according to data on the website of the National Crime Records Bureau.

Of course there is distress in the countryside, caused by weather and price risks, poor access to markets, and the non-availability of working capital at affordable rates. Cultivating small parcels, which a majority of farmers do, is not profitable, unless it is high- value agriculture done in climate controlled poly-houses. National surveys show more farmers want to leave agriculture than remain engaged and they certainly do not wish the vocation on their sons.

But travelling extensively through the countryside over the past eighteen months to report on ‘smart agriculture,’ I have come across pockets of vibrancy. Ismailbhai Rahimbhai Sheru, 63, advices graduate sons of farmers not to hanker after government jobs. Based on experience, he says, a guy with five acres of farmland can earn Rs 5 lakh a year, or Rs 40,000 a month. A resident of Rampur Vadla village in Banaskantha’s Amirgarh taluka, Sheru made headlines when Narendra Modi as prime ministerial aspirant, felicitated him at a public event in the run up to the 2014 Lok Sabha elections. He had grown potatoes each weighing more than two kg. Sheru was growing them on contract to McCain, a supplier of French fries and potato patties to McDonalds.

Sheru started off 36 years ago, despite the wishes of this father, who wanted his son with a first class B.Com degree to take up a salaried job. But through dint of hard work and scientific farming, Sheru made enough cash flows to turn an inheritance of debt and six acres of indifferent land into thriving agriculture spread over 400 acres.

Sheru likes contract farming because it takes care of the price risk. In January 2015, when there was a potato glut in the country and prices slumped to less than Rs 2 a kg, he got the contracted Rs 8 a kg. There are years when he gets less than spot rates but over time this evens out.

Parthibhai Jethabhai Chaudhary, 58, a police officer who doubles up as a farmer credits McCain with teaching growers the art of potato cultivation. Before the company came, flood irrigation used to be the norm, says the resident of Dangiya village in Banaskantha’s Dantiwada taluk. The amount of water used in a potato field would stack up to 750 mm by end of the season, a field-level McCain executive said. Farmers have now switched to drip or sprinkler irrigation, which not only saves water but also fertilizer and pesticides (as insects do not thrive in low humidity). Chaudhary, who has a reputation for extracting large yields from his 87-acre farm, says the trick is to be in sync with nature and the rhythm of the crop. He plants between 1 and 10 October so that the crop can make the most of the ‘bulking’ period starting 20 December, when weather ensures that potatoes add around 1,200 kg per hectare per day.

Chaudhary learnt scientific cultivation through McCain, but currently supplies to Balaji Wafers which gives him a better price. He takes leave from work during sowing and harvesting. The rest of the time, he leaves the farm to his manager and 16 worker-families. Every operation, from fertilizer application to the quantity and duration of irrigation, is mapped. Workers have been trained to stick to the process. They get a bonus for targets achieved.

Chaudhary keeps potatoes in cold storage and sells them when prices are high. When met last year, Chaudhary said he had sold potatoes worth more than Rs 3 cr the previous year and had made a handsome profit.

In Maharashtra’s Jalgaon district I met Tenu Dongar Borole, 62, and Laxman Onkar Chaudhari, 64, both of them crorepati banana growers. One was a tea seller at the village square and used to be condescendingly called ‘Tenya.’ He is now Tenu Seth. The other was a thwarted primary school teacher. They lease in more land than they own. They owe their prosperity to the Grand Naine variety, which Jain Irrigation imported from Israel in the 1990s. The company sells tissue cultured saplings which are disease-free and grow uniformly. Unlike local varieties, Grand Naine yields fruit every year and requires re-planting after three years. Two stump (or ratoon) crops yield fruit in between. Jain Irrigation also supplies drip irrigation equipment which not only saves water but also fertilizer, which is applied in a soluble form (called fertigation). The company’s agronomists teach farmers how to maintain the required humidity within the gardens in dry Jalgaon and get the plants to cope with heat stress. As a result, Jalgaon has become a big producer of bananas. If it were a state it would rank fifth in the country in banana production.

The point I wish to make is that agriculture can be profitable if scientific principles are applied and technology is deployed. Contract farming takes care of the price risk. If farmers band together they can engage agronomists, obtain discounts on inputs and have buyback arrangements with food processors or large retailers, who in turn can tell them what to grow and how to grow it. Sadly our governments treat farmers as supplicants to be placated with subsidies. Our policies must strive to make agriculture profitable to enterprising farmers while creating off-farm jobs for those who do not have a stomach for it.