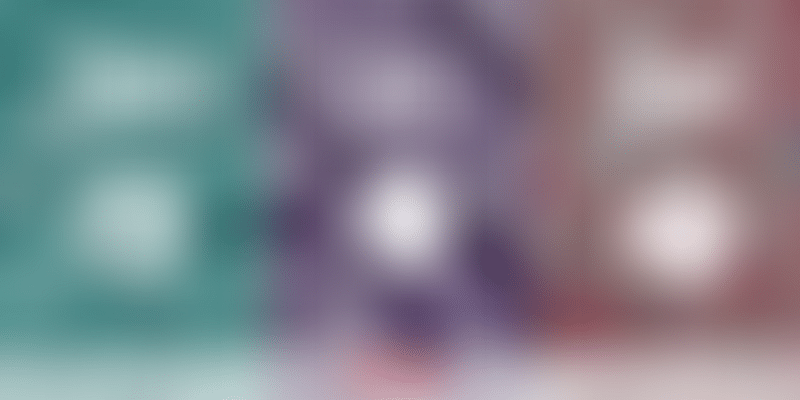 It’s amazing how startups are dependent on people. No matter how good your idea is, if it doesn’t click with people it’s no good.

Maybe that is the reason why China and India are doing so well, both having a large and diverse population, giving a tough competition to MNCs. The best way to compare startup ecosystems in these countries would be through funding. Investors pumped $9 billion into Indian startups in 2015. The same year, China saw $36 billion and the US saw more than $500 billion in funding.

Although there are a lot of investors in India and China, both lack early-stage investors and startup-friendly services, which the US has in abundance.

India and China form a large amount of world’s population. Before the last decade, this part of the population was inaccessible. Now that they are accessible, many US-based tech majors have expanded to India and China, and are giving local startups a run for their money.

In this article, we look at startups from India, the US, and China in different sectors. We have only included booming sectors: e-commerce, smartphones, hospitality, to name a few. Let’s see how India fares in this comparison.

US-based Amazon has expanded itself to 188 countries, dominating the Indian market but after a rather shameful Chinese debacle. Alibaba is slowly expanding its reach having even entered US in 2014, although without much success as it had to bow out in 2015. Flipkart has been expanding at a steady rate, but this is evidently not enough as Amazon India recently claimed to be the largest e-commerce website in India. This is quite remarkable given the fact that it entered India only three years ago. With revenue of more than six times of that of Flipkart and Alibaba put together, Amazon is surely dominating the market worldwide.

Uber has a higher worldwide reach, but the locals, Didi Chuxing and Ola, have a fair share of bite in their respective countries. Didi is available in 400 Chinese cities, making it very easily accessible in China in just six years, which explains why Uber is not doing well in China. On the other hand, Ola and Uber are sharing the market equally, as claimed by Uber India’s CEO Amit Jain, which was stamped bogus by Ola. Whatever may be the case, Uber is definitely established itself in India, after its monopoly in the States, and has got Ola on its feet. Grab your popcorn, because it certainly is going to be a good show here on.

Smartphone: The black mirror you wake up to every morning, which controls you the entire day and night. You cannot possibly imagine a life without it, and these companies are banking on it. Apple dominates world-over in the high-end smartphones market, with a strong presence in India and China. Xiaomi has also expanded its reach in the past few years, having a respectable share in Indian markets too. Micromax has a different target audience. Instead of the premium class, it is targeting the middle class population and has seen much success. Xiaomi seems like a company that Apple needs to watch out for.

If you are a frequent traveller, you would understand the importance of these startups; they have single-handedly made your life easier. With many startups joining in every day, the going is tough in this sector. Airbnb has an upper hand when it comes to resources, but the locals make up for it in their efforts. Oyo Rooms has been expanding in India, having recently acquired its competitor ZO Rooms, but it has also received many bad reviews, questioning its reliability. In the four years Airbnb has been in India, they have got much more listed properties than Oyo Rooms. As with many other American companies, Airbnb has not been able to topple its Chinese equivalent, Tujia. American companies are still to decode the ‘Chinese Mantra’.

This sector is still new and, according to many, hasn’t even reached one percent of its potential. Yelp has seen a lot of success and seem to focus more on the local business rather than international expansion. Zomato, on the other hand, has entered the food-ordering business only recently. Dianping has a monopoly in China. More interestingly, none of these startups started off as food ordering services; that came much later. Online food ordering is still in infancy in India and China. As such, these companies haven’t entered the boxing ring yet, but there will be a blood bath when any of these come face-to-face.

Probably, the most buzzing of all the sectors on the list, electric cars are the future. Many companies have tried their hands on these, but none of them have been as successful as these. While Tesla is known for its innovation and infamous for its high prices, BYD has been successful in rolling out cars in bulk numbers. Mahindra Reva saw a bit of success in its initial years but it slowly lost its touch until Mahindra acquired it. Tesla’s Model S was largely expected by the users even after its big price tag, while BYD has launched many cars, especially in China.

WhatsApp has seen much success in a relatively small span of time. It has a large user base, a large chunk of which are in India, because of which Hike is facing many difficulties. Hike, however, has been applauded by its audiences for its innovation, something WhatsApp has been repeatedly criticised for. Few examples: Hike is available in many languages. It started document transfer before WhatsApp in India, to name a few. WeChat, on the other hand, has enjoyed its monopoly in China. It also tried its hands in other countries, but with not much success. The thing about this service is that it is difficult to draw audiences towards your app. In India, WhatsApp did not face that as it was the first free messaging app. Many other messaging services are coming up in India, but are restricted to localities. Hike’s future efforts would be something you should watch out for.

Admit it or not, these websites are the reason your houses are cleaner and you get rid of the old. Selling has never been easier. You could argue that Craigslist is much more successful than others, often referred to as the mother of online classifieds. But you need to consider the fact that it was founded in 1995, more than 10 years before others. Quikr has seen much success in a short span of time. However, 58.com beats them all, which is quite evident from their revenues ($212 million), after only 11 years, compared to 21 years of Craigslist. You don’t expect these companies to be competitors anytime in the near future as there is no need to. But the local competitions certainly promise to be interesting.

By now, you must have taken travel booking for granted. Searching Google for hotel numbers and then calling them up for booking is a thing of the past. All thanks to sites like these. Expedia, the front runner, has a large share in the US and an enviable presence all over the world. Ctrip and MakeMyTrip, however, are the preferred websites in their respective countries. Expedia has tried its luck in both India and China, but local companies still have a large share of the market. Indian online travel agencies MakeMyTrip, Cleartrip and Yatra account for about 87 percent of the Indian market share, with others including Expedia accounting for the remaining 13 percent. In China it is a similar story with Ctrip, Tuniu and CY accounting for half the market share.

China and India can shoot up revenues of companies instantly. And companies are smart enough to understand that. That’s why many US-based companies are trying to spread their business in China, but with very little or no success. The same companies are outperforming Indian companies in India. There are two major reasons for these: Firstly, Indian policies are very friendly when compared to China. Secondly, India’s internet language is English, while China’s population prefers Chinese.

This shows that we, as a nation, are much more accepting of foreign companies. The last decade belonged to China, with the Chinese companies seeing huge growth. But, India seems to be the favourite for the coming decade. Will it be so?