Why Indian startups are making a beeline for the UAE 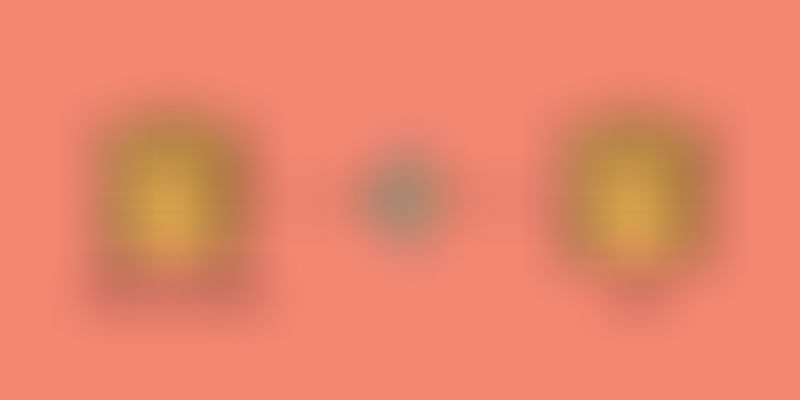 Regions with the most startup activity apply certain principles to attract startups. They build a common resource to attract a specific industry, create an environment where industry players would like to live and work, and articulate values backed by an action plan.

Population in the United Arab Emirates (UAE) has exploded from less than a million a decade ago to more than 3.3 million today, with about 80 percent being expats.

Tax — or the lack thereof — is a significant part of the reason so many foreigners live in the UAE. Very little is taxed in Dubai, and new startups from Europe and the UK are increasingly thinking of basing themselves here to avoid capital gains tax.

Besides startups from Europe and the UK, the diaspora of Indian startups is also emerging in the country and for them the reason is proximity to India and comparatively similar demography.

“If we look at the Indian subcontinent, Middle East and Africa, Dubai occupies a very unique spot on the world stage. Across these markets, Dubai caters to a population of three billion, or 40 percent of the world’s population. Dubai’s entrepreneurial culture, world-class infrastructure, diverse base of industries and geographic proximity to India, UK and other large and growing markets make the city attractive for emerging Indian startups that are keen to expand overseas,” says Raj Chinai, Managing Director at Sobha Group in Dubai.

Raj, a former VC with Kalaari Capital, is Co-Founder of Harvard Business School Alumni Angels India and is on the Advisory Board of Orios Venture Partners.

He adds that a key factor that will contribute to the UAE’s startup ecosystem is access to India’s talent and capital, both of which can help in the creation of innovative and scalable businesses. With Indians representing nearly 40 percent of the UAE’s population, we may see a gradual increase in the number of Indian startups that seek expansion opportunities in the Middle East market, with an entry point through Dubai. The challenge, however, is that unlike India’s large domestic market, the UAE continues to be a relatively small market, whereby Indian startups will find it difficult to achieve true scale.

Vir Kashyap, who was born in Dubai’s Jumeirah and is the co-founder of Babajob, reiterates the point and says that there are several synergies that exist between India and Dubai. However, the biggest factor is the availability of a large number of Indians in the city, which makes the Indian diaspora very strong.

“There’s a huge exposure out there in Dubai for startups. An eclectic range of customers, demands and demography gives the Dubai market a unique identity. I would call the city as one of the perfect destinations for startups,” says Ashwin Srivastava, Co-founder, Idein Ventures, UAE-based early stage venture capital firm.

Idein Venture started investment in October last year and has so far invested in six Indian early-stage startups, such as Qriyo, Infurnia, BuilTraders, Restate and others. Besides, it has also made growth capital investments in mature companies. Of these Indian startups and companies, the VC firm is helping some of them to expand in Dubai.

A month old, Idein Venture-backed Bengaluru-based Infurnia has recently expanded its base in Dubai. Infurnia is a provider of virtual reality technology for the furniture segment. It uses technology that helps users to reconstruct their rooms, while experimenting on different looks of their interior.

The company works with established furniture sellers, empowering them with technologies to exhibit their furniture catalogue to retail customers.

“We have a plan for world expansion, but we would like to start from Dubai. We want to test the water there before expanding in other parts of the world,” says Loverpreet.

On choosing Dubai for the expansion plan, he says that the city is an international market which is quite close to India both in reach and demography. Besides, it’s a place where you get the world’s exposure.

The platform is in talk with around six players in the city and will be launching its operation soon.

However, after entering the market, he felt that the Indian market was not mature enough and was not responding to the expectations. So, he decided to explore a more mature realty market like Dubai. This month, his startup announced the acquisition by BuildTraders, a Dubai-based real-estate company.

Yogesh says that since the launch, he was offering solutions to 100-plus tenants on a monthly basis, with a monthly run rate of Rs 5 lakh. But, he aimed for something much bigger and was ready to take a leap.

Experts believe that the UAE has all the natural ingredients to develop into a favourable ecosystem for Indian startups. And Indian stratups are very much aware of it, so they are expanding their base in the country.

However, they also feel that though the ecosystem is emerging and it offers a compatible climate for startups, it can’t be compared to other big regions like Silicon Valley or even Indian cities like Bengaluru and Delhi.

Raj believes the market size is a huge factor. Indian cities have a large market to test and run the product. The UAE market, on the other hand, doesn’t offer this.

Besides, the Indian startup ecosystem has been evolving for almost a decade and is much more matured. The UAE ecosystem is at a nascent stage and needs much more time to fully evolve.

On funding, Raj says, “While there are sufficient sources of capital across the region, venture capital is much less prevalent than in key entrepreneurial hubs like Silicon Valley and Bengaluru.”

He also believes that there is a significant gap in terms of deal flow and overall awareness of investment opportunities among institutional and individual investors. To help address this issue, a few startup platforms, and angel groups such as Venture Sooke and Dubai Angels, are beginning to take shape in Dubai. With time and as the ecosystem matures, Raj expects to see more VC activity emerge from the UAE, which will also help in more cross-border activity between India and UAE-based startups, with Dubai at the forefront.

Of challenges faced by startups, Ashwin of Idein Ventures points out the lack of available talent in the UAE. Startups or companies often complain of the dearth of talent in the country compared to other startup hubs in the world.

According to statistics released by Monster.com, an online recruitment solutions provider, many companies in the UAE, Middle East and India are struggling to find the right skills set for their companies.

A majority (68 percent) of the respondents who participated in the survey said it is extremely difficult or at least difficult to hire talent for niche skills (technology), leaving merely 17 percent saying it is either not that difficult or easy to find such talent.

Continuing on the investment part, he adds that funding in businesses by UAE investors are at peak now. But, interestingly, a large amount of investment is happening outside the country. However, it is changing gradually as VC investors like Idein Ventures are investing both inside and outside the UAE.

On the flow of Indian startups in the UAE, he cautions that the companies that are planning to expand in Dubai should keep in mind the fact that the same template may not work here. In spite of the similar demography, consumer behaviour and expectations are different in the UAE or other cities of the country.