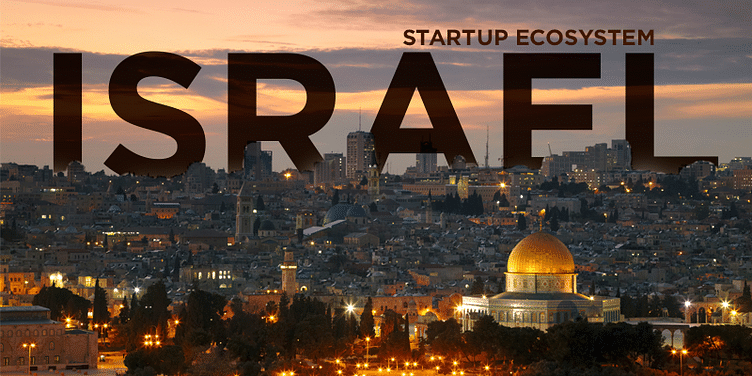 For a country that is even smaller than the state of Kerala, Israel has enough chutzpa to run with the title of ‘Startup Nation’.

Spelled in Hebrew as ‘ḥutspâ’, chutzpa is the rare quality of audacity. According to Elena Donets, CEO at StarTau, Tel Aviv University Entrepreneurship Center, what sets Israeli entrepreneurs apart from the rest is this quality of ‘ḥutspâ’.

Out of a population of eight million, 40,000 people work in the high-tech industry and contribute to 15 percent of the total export GDP of the country.

In 2015, Israeli startups made $9.5 billion in exits, and 150 Israeli companies are listed in NASDAQ (third largest next to China and the US).

The country has been focusing on creating a culture of innovation for a long time now, and has been successful in establishing a vibrant ecosystem for startups to thrive.

And because the domestic market is very small for these startups, they think global from the word go. Thus, it is no surprise that Israel is third in the world for US-registered patents. There are 300 R&D centers of innovative tech companies like HP, Microsoft, Google and Facebook present in Israel.

It is safe to say that the air was filled with this ‘innovation spirit’ everywhere I went. On an invitation from the Israeli Embassy for the StarTau Innovation week in early July, I arrived in Tel Aviv to witness this atmosphere of innovation first hand.

The key pillar of the Israeli startup ecosystem and its innovation is primarily its people and the necessity of self-reliance and innovation. The Government Innovation Policy (Israel Innovation Authority), its military forces (IDF), and its culture of diversity and collaboration all add to this ecosystem.

Israeli universities like Ben Gurion University, Tel-Avi University and Hebrew University, with their R&D hubs are great incubation centres to drive innovation. VCs, accelerators, incubators, and industry programmes like JVP, JVP Media Labs, Cyberspark, WeWork, SOSA and TAU, are all designed with the right focus to back valuable startups. According to Israeli officials, “There is an atmosphere of openness and collaboration. Entrepreneurs want to give back to the country and its ecosystem. They support budding entrepreneurs and the culture of innovation.”

Here are some of the interesting venture funds, accelerators, and startups I visited-

Having invested in over 120 companies and raised over $1 billion across nine funds since it was established in 1993, Jerusalem Venture Partners (JVP) was recently ranked one of the top-10 consistently performing VC funds worldwide by Preqin. It was instrumental in leading some of the largest exits out of Israel, including CyberArk’s recent IPO. JVP’s primary focus is directed towards companies in the areas of cyber-security and big data, storage and enterprise software, and media technologies.

Equity-based crowdfunding platform OurCrowd aids Israeli startups in their search for funding by providing accredited investors with a means of investing venture capital funds in these companies.

Founded in 2007 by a bunch of “geeks in the Israeli Army,” Taboola makes use of advanced mathematics to predict the videos people may like without them expressing prior interest in them. Today publishers, marketers, and agencies leverage Taboola to retain users on their site and monetise their traffic.

In order to free the global elite from the restrictions imposed on them by a market filled with phones designed for the masses, Sirin Labs built Solarin, a high-end, secure smartphone with mind-blowing specs. The phone retails for $15,000. The company has just raised $72 million in seed funding.

A non-profit organisation which serves as the central coordinating body for joint cyber industry activities with all relevant stakeholders, CyberSpark plays a large role in promoting the city of Beer-Sheva and the rest of the region. It envisions positioning Beer-Sheva as a global cyber centre, attracting both human capital and companies, both Israeli and international, to the region.

SOSA Accelaerator aims to provide its members, leaders from all walks of life in the entrepreneurial ecosystem, with a uniquely crafted space, designed to promote vibrant, creative interaction and collaboration in the startup ecosystem.

We Work Israel, like its parent setup in New York, is a vibrant co-working space that leverages its community for innovative new ideas. The space is eclectic and modern, encouraging people to think out of the box.

With such an interesting diversity of startups and a vibrant ecosystem, the title ‘Startup Nation’ seems apt for Israel.