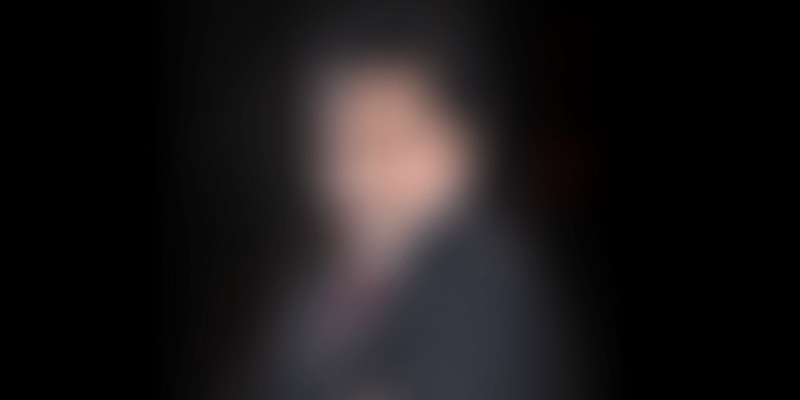 We learn mathematical equations, derivatives, finances etc., but when do we ever apply the principles in real life? What matters in a job is how you build your responsiveness, time management, and ownership – things no college degree can teach you.

As children, we learn from games without even knowing it. But when we grow up, somehow we forget the art of having fun while learning. For a corporate job, nothing could be more stagnating. This is where gamification enters – where technology teaches the user through games.

“When you are playing a game and having fun, your inhibitions go down and you’re willing to learn new things. This is the idea behind KNOLSKAPE,” says Rajiv Jayaraman, Founder and CEO of the Bengaluru-based gamification software startup. If startups are all about disruptions and innovations, KNOLSKAPE stands out as it gives an opportunity for experiential learning.

Working with more than 200 corporates in over 15 countries, eight-year-old KNOLSKAPE is leading India in a global market that is estimated to reach $5.5 billion by 2018. Having raised Series A funding from Inventus Fund, an HR capital, KNOLSKAPE’s story is as interesting as their game.

A BITS-Pilani alumnus, Rajiv (38) did M.Tech at University of Alabama before working in Oracle in California. He believes that large companies give you the right experience and environment to start up. Rajiv had wanted to do something at the intersection of creative arts and technology. “I had a vague idea as to what I wanted to do, but no concrete plans at the time. So I enrolled for an MBA, went to INSEAD, France, and graduated from the Singapore campus in 2008.”

As fate would have it, during the MBA programme, one of the courses had a simulation game. “It was a very exciting game. For the first time I felt empowered as a learner,” says Rajiv, visibly excited.

He did not have to think for long; Rajiv zeroed in on building simulation games, and focussing on B-schools, to begin with. Around the time, Vijay Babu Kalangi—who was Rajiv’s junior at BITS—was also at INSEAD. “He came on board soon, and we started working from near the kids’ play area in the INSEAD office,” Rajiv adds.

INSEAD and some other B-schools that they were working with were willing to pay for KNOLSKAPE's product development. “Once we became cash-positive, we started investing into our own productive learning,” adds Rajiv. By 2011, they shifted to India.

Gaming is a wide spectrum – with 2D games, 3D games, hardcore games, serious games, causal games, and most people don’t get it. Co-founder and Chief Technology Officer Vijay, 31, says: “We use the example of pilot training in a flight simulator; you are taught to fly in the dark, bad weather, storm, lightning strike etc., so that when you actually experience it you won’t panic. That’s the concept of simulation. You learn through a safe learning experience and then proceed to the actual thing.”

While traditional edutech startups in India focus on students, KNOLSKAPE is focussed largely on employees in mid-to-large companies that invest in enhancing the capabilities and competencies of employees. Video games help strategising, time management, optimal utilisation of resources, and reacting to uncertainties. In KNOLSKAPE’s game, real business conditions for managers are mimicked. They track how the player navigates through those situations and reach the target. “Whether you fired people or coached them – all those elements come into the report,” says Rajiv.

In corporate jobs, environments change and disruptions happen fast. “A static mindset may not be recommendable in that environment – it demands more flexibility, more agility. Even at 'game over', you can start again. That is a trait required in this context – it happens, and you move on,” says Rajiv.

KNOLSKAPE's services are mostly used in hiring, talent engagement, and capability and leadership development. There are many leadership trainers. But most of them do nothing to the users. “They get inspired during the day, but behaviours don’t change,” says Rajiv.

However, KNOLSKAPE is more hands on. Vijay says: “With us, you are taking your decisions. At the end of the day when you get a report, you reflect on your performance and thus your behaviour starts changing. That’s the ultimate goal of any learning process.”

There are challenges too. The product development needs extreme care. Rajiv says: “How you visualise it and convert it into a game is the key. The designing involves mathematic modelling.” On the marketing side, sales cycles are very long for corporate trainings. “If you miss the chance you have to wait for another six months. So we have to plan early to ensure that we are in their radar before they make a decision,” Rajiv adds.

As it is, business-to-business (B2B) companies cannot grow virally and exponentially like those in business-to-customers (B2C). “Getting widespread adoption in a short time is a challenge in B2B. But there is a lot more predictability as you are dealing with established companies. They are very ethical when it comes to payments,” says Rajiv.

According to serial entrepreneur and startup mentor Sanjay Anandaram, who was Rajiv’s teacher at INSEAD and now an investor in KNOLSKAPE, the concept of gamified experiential learning has been around for a few years now. It is the development and deployment of actual solutions that is new.

Vijay remembers that when they started off, experiential learning and gamification was not used in a normal business setting. “Around 2012 people started connecting with it. More young people getting into the workforce- the balance got shifted and people realised that our age old system does not work for this crowd. That’s when companies started taking us seriously,” he recollects.

Learning is also a cultural process. “What works in India may not work in Singapore. We often look for people who have that ground in the local culture,” says Rajiv. According to him, off-the-shelf e-learning products may not work for everyone. “If you are to create an experience, it has to be relevant to them even culturally,” he says.

KNOLSKAPE claims to be growing 100-120 percent year-on-year now. In the next three years, it is targeting 10x growth. “We wanted to get the business model right. For the initial three years, we were focussing on the academic market. Year four onwards, we moved to corporate market. Funding happened right on time for us to accelerate,” says Vijay. KNOLSKAPE has a growing team in Singapore. In a year, it plans to be in the US.

Mobile gaming takes centre stage this year for KNOLSKAPE. Vijay says: “People on the go, they are stuck in traffic for hours – why not do some learning while there?” He adds that corporates want to upscale their employees on a daily basis via byte-sized learning instead of sending them to a programme once a year. KNOLSKAPE is now doing courses on mobile for individual and social learning. Their aim has already been achieved – a sustainable revenue model. “We want to build a durable business, not a unicorn,” smiles Rajiv. And KNOLSKAPE’s success is testimony to Rajiv's intentions.