Looking to get nearly 28 million over-11-year-old polluting vehicles off country’s roads, the Ministry of Road Transport and Highways has submitted the vehicle policy to the Finance Ministry to seek approval. The proposed Voluntary Vehicle Fleet Modernisation Plan (V-VMP) provides incentives worth 8-12 percent of the cost of a new vehicle in lieu of surrendering the old ones.

I have submitted the vehicle scrapping policy to the Finance Minister. It is a good policy and we will take it to the Cabinet once it is approved, Road Transport and Highways Minister Gadkari said at an event today.

The policy is good for environment and is in the interest of the government, he said. The benefits under the proposed voluntary vehicle modernisation policy will come in three forms — scrap value from the old vehicle, a special discount by the automobile manufacturer and a partial excise duty exemption.

Inviting comments from general public and all stakeholders on the draft policy, the Ministry of Road Transport and Highways has said the ‘Voluntary Vehicle Fleet Modernization Plan (V-VMP)’ will be applicable to the vehicles bought on or before March 31, 2005.

The total potential vehicles to be replaced with this definition are nearly 28 million, as per the draft policy.

Under the scheme, people surrendering their old vehicles and buying new one are likely to receive three benefits amounting to 8-12 percent of total cost of the new vehicle, the Ministry has said. To ensure that the resultant impact is beneficial to the environment, the replacement vehicle needs to be BS-IV compliant, which is going to be rolled out nationwide by April 2017.

Gadkari had earlier said the policy will boost automobile industry turnover over four times, to Rs 20 lakh crore in the next five years. Subject to approval from the Ministry of Finance, it has been proposed that vehicles bought under this scheme may get up to 50 per cent excise duty relief based on old vehicle and replacement vehicle category.

5 biggest myths about design thinking, and why they persist 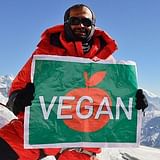 Coronavirus updates for May 29