"The world better be ready for automation": Ganesh Ayyar of Mphasis 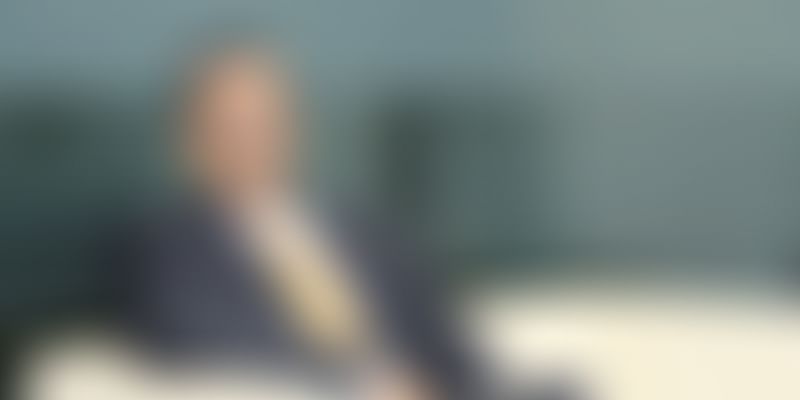 About two years ago, Ganesh Ayyar, CEO of Mphasis Ltd, began interacting with his younger, digitally-native employees to understand the moorings of a new generation. In his interactions he noticed deep underlying currents that could completely change the way these kids worked towards their future goals and also perceived their employer's ability to meet those goals. The digital natives did not like hierarchical structures, but respected experience and meritocracy. They were willing to learn and were more agile when compared to the older structures, which awaited orders and sought personal approvals from their bosses. So, he began to ask himself a few questions on how relevant was he, as a CEO, in this digital world, and how younger people would shape the world of automation. Ganesh realised that while regulation and compliance risks would be the same around the world, these kids could build systems that could usher Indian IT into a digital age and thereby transforming legacy industries like banking and finance on their approach to using technology as an outcome generator than a process manager.

With this as the hypothesis Mphasis began to take baby steps to change the face of financial technology and also set itself on a course where it would be known for intellectual property creation in the field of IT services.

"Automation is about efficiency. This is a fundamental shift in thinking in the IT services industry and everyone is on that journey because clients are asking for that change," says Ganesh, CEO and Executive Director of Mphasis Ltd, the IT services company with an $970-million revenue. He says that automation is about evolution and that IT Services companies have to break the old and learn the new. By that he means that the industry can no longer throw people to manage IT processes. "The vision is clear and we need to go where our customers want us to go, which is IP creation," he says.

Over the last 18 months Mphasis has spun off a startup to automate processes to help banks reduce the cost of risk and compliance. By doing so it has done away the need to hire experts for every market to understand regulatory changes. It has invested an undisclosed sum (sources say $10 million) in this company.

The startup called Next Angles has automated compliance and risk management, which in turn is saving millions in legal fines. The Next Angles platform reduces the risk of compliance by understanding every regulation out there and allows the management of a bank to ramp up operations or a service in any region. This is the digital journey MphasiS plans to embark upon.

Here is why IT services will have to change

If an IT company works with a bank in the USA it has to make systems that can work across markets. More so it has to work with several experts in legal and regulatory compliance to understand the risk of operations across global markets. This means that the legal fees can go into billions of dollars on an annualised basis. It is estimated that big banks like Bank of America and Citi Bank spent more than $7 billion in legal fees over the last five years. According to KPMG a bank could spend $100 million on an average to make sure that it meets regulatory compliances when launching new services or opening new branches internationally. In this case, the responsibility of the IT company goes up and in the age where banks are asking for cost reductions the IT company has to think out of the box. Automation is the answer and, today, Indian IT Services company are yet to achieve significant traction from innovation. Ninety-five percent of their revenues still come from legacy businesses like application development and maintenance.

"This is where startups are more nimble when compared to a corporate and this is why corporates are investing in innovation through startups," says Ritesh Agarwal, CEO of FonePaisa, a fintech startup. Recently, the likes of Infosys, Wipro and TechMahindra have launched innovation programmes internally. Infosys and Wipro have investment arms that invest in startups. Infosys has acquired five companies which will be part of its larger platforms strategy to achieve $2 billion revenues from platforms by 2020.

Last year, Mphasis sold off its domestic business to Karvy Data and Hinduja Global Solutions. About four months ago, Hewlett Packard, which owned 60.4 percent in the company sold its stake to US-based private equity giant Blackstone Group for Rs 7,071 crore. The private equity group has made this strategic investment to complement its two earlier IT investments, which were smaller in size when compared to this deal. This allows Mphasis to go after new deals in the banking and financial services industry.

The company has set up a Centre for Excellence in block-chain technology. In the banking ecosystem there are issuing banks and settlement banks. Banks transact with each other through a myriad of legacy systems. But block-chain technology enables them to come onto a common platform for fund transfers. Such a system should be working on a real-time basis and understand the settlement patterns between banks. The Centre of Excellence will foster research, prototyping and may proliferate proven technologies with customers as and when they are ready.

The company has also started a Cart-Up programme to encourage entrepreneur spin-offs from the company. The objective is to build technologies that can be useful for its banking clients. "We are changing with the customer and are looking to solve their dilemmas in a digital age," says Ganesh, adding that the future of corporate is in small ideas because these small ideas could become billion-dollar businesses of the future. No wonder every IT company is busy building brands that can define their future. Wipro has its automated infra management platform called Holmes and Infosys has its software platform called EdgeVerve. "The future is in platforms. But not many Indian companies are yet to show long-term contracts on the same," says Sanchit Vir Gogia, CEO of Greyhound Research.

However, Mphasis has contracts with the top six banks in the globe and with the Blackstone Group as the strategic investor it can certainly usher in a new age of IT in the banking industry. It can move from being a conservative IT services to a leader in innovation. It can do so because it has $450 million in cash to use wisely. No wonder the stock of the company has been steady for the last year or so. It closed at Rs 542 per share, a meager five basis point rise on the Bombay Stock Exchange on July 25.