Meet the 14-year-old coder who has coded 22 apps, right from healthtech to women empowerment 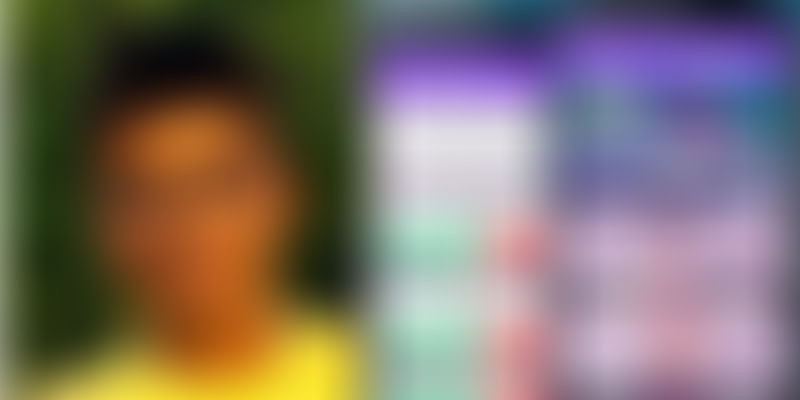 Contrary to what you may think, a genius isn’t always the product of the availability of world-class education, state-of-the-art equipment and rigorous training – more often than not, he or she may be born out of circumstances that exhibit a dearth and banality, and pose an opportunity to build and overcome. That is the story of Naman Tiwari, the 14-year-old self-learned app developer from the small UP city of Shahjahanpur, who has coded 22 apps of a mind-boggling range.

“I started learning about development technology about three years ago. No one knows about Android development here, so I work alone and find it a bit difficult.”Naman doesn't have access to any fancy devices, in fact, here’s some trivia on the young whiz kid‑ he does not even own a mobile phone!“I just have a laptop and internet.I haven’t joined any tuitions or classes. I have coined a saying, ‘Don't ask for more until you make the best use of the things you have.’"

Backward is ‘code’ for unrealised

A student of Takshashila Public School, Naman started coding when he was in the 7th standard, aged 11. “I picked it as a hobby because I thought it is the only way through which I can solve real world problems without a multi-billion dollar startup. I made many entertainment apps, but after seeing the problems in the medical industry in our country, I shifted from entertainment to social awareness apps.”

Besides the internet, his uncle mentors him through his journey of self-exploration. Patiently and relentlessly, he kept at it ‑ creating apps that were entertaining and useful all the same - and that range is mind-boggling. Straight from his brewery are apps like the AiO Converter that converts units in seconds with a few clicks, or the app that helps one swiftly calculate tips at a hotel. One is a trivia app loaded with fun facts, and another’s a tool that helps measure the frequency of your voice in decibels. There’s one to help children with their cognition of colours or even learn state capitals in the United States. Or, how about the one that provides sample interview questions to aspiring developers to make them job ready?

He even whipped up some educational apps, like “HTML Cool Learn” that helps developers learn HTML language with examples of webpages, or the one that helps kids learn all about the solar system. Another one of his concoctions helps Spanish connoisseurs learn the language, or Audiophiles learn any song by looping or selecting any part of it, and one that helps toddlers learn alphabets. Another app facilitates education, by helping school children organise the notes they make on their subjects.

This number amounts to a whopping 22.

The ones that were more than seven-day wonders

But he has favourites, the ones that gave him a much more triumphant sense of eureka, are the two apps that are achieving the purpose that he got into app development for in the first place - Malaria Defender and Secure Girls.

His most complex and popular application Malaria Defender is an app that helps detect malaria in seconds, and Secure Girls is an app for women’s safety. On average, he takes about three to four days to code an app, but "Malaria Defender" warranted a month’s research and development.

“My most successful app is malaria defender, as it is solving a real world problem.It takes just few seconds to check the symptoms of malaria in a person and gives them a prescribed health report. It is ane-solution for those who cannot afford the doctor’s fees – and I designed it in a way that it can even work offline.” A user can also get a doctor’s advice through the app. Malaria Defender got selected in the Facebook Start Bootstrap Programmme, and Naman was awarded Rs33,000 in Facebook ad credit.

Secure Girls provides important helpline information, a panic button which can be used to send an emergency message, and is otherwise loaded with the latest news and motivational quotes and sayings.

He has never worked for a client professionally, though. “Currently, I make apps for people to entertain. I work as a public developer. I don't want to get bounded by a personal client, I will have a lot of time to do that later. I am too young, so I work for my passion.”

All his apps are live on Google PlayStore, under his publisher name "Naman Tiwari Spn". Overall, he has about 2,500users on all his apps collectively, “without even spending a dollar on marketing.”

Naman has found his ultimate calling even for the future, and surely enough, it is tech. “In the future, I want to create something bigger and more impactful so that people could remember me even after my death. I want to become a successful entrepreneur and want to run my own software company,” concludes Naman.