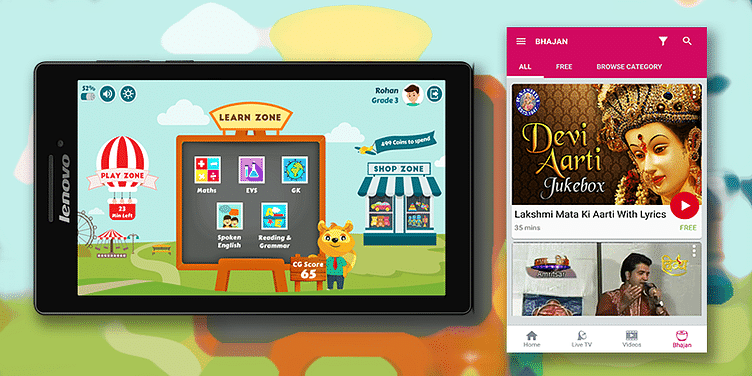 According to a World Bank report, India is home to 1.8 crore freelancers, more than developed markets like US and UK. The global market size for online freelancing is projected to grow to $4.4 billion in 2016. It is also estimated that by the end of 2020 global revenues for freelancing will be to the tune of $15 billion to $25 billion.

Since the large section of PayPal’s users in India are merchants and freelancers selling intangible products and services like online tuitions, software/app development, event and travel tickets, it has launched Seller Protection for Intangibles. While nextGTv launched iFaith app, ConveGenius in collaboration with Lenovo launched CG Slate and more. Take a look at the product launches of the week:

The Seller Protection Programme is an expansion of its existing seller protection programme that earlier only covered merchants selling tangible goods such as handicrafts, fashion, and art. The programme will cover two types of buyer complaints – ‘Unauthorized Transaction’, when a buyer claims that he or she didn’t authorise the payment and ‘Item Not Received’, when a buyer pays for the service but claims that he or she did not receive the service. The PayPal Resolution Centre will investigate issues and work with the sellers to ensure that they are protected against this type of fraud in genuine cases.

This app enables easy access to devotional content for nexGTv users around the world by delivering well-curated and relevant content. This app allows nexGTv users to watch on-demand videos from popular devotional channels such as Darshan 24, Disha TV, Powervision, Divya and Iswar TV. Its ‘Resume’ feature allows users to pause live TV content and pick up where they left off.

The app also has a Data Saving Mode, which allows mobile TV users to manage their data consumption while streaming videos on their phone. The ‘Quicky’ feature lets users search for devotional and spiritual videos that fit into the time available to them. The app also includes other features like reminders and TV Guide, Social Connect, interactive on-screen controls and adaptive bit rate streaming.

Snapdeal has introduced a one-of-a-kind partnership with Zomato, Cleartrip, UrbanClap and redBus. Users can now avail services such as food ordering, flight and bus ticket bookings, hotel reservations and home services on Snapdeal. A parallel to this all-in-one business model that Snapdeal is trying to achieve is China’s Dianping, which offers omni-channel purchases, online reservations, food delivery and e-coupons, among others.

“The government is very keen to promote the startup sector. A lot of good things are already happening without government intervention, and what the government is doing is stepping up to provide a much better enabling environment for startups. Much of what was announced this January is already underway,” said Ramesh Abhishek, DIPP Secretary.

He added that since the Startup India Hub was operationalised on April 1, 2016, the DIPP has received a total of 571 applications (as of the end of June 2016). While there is no shortage of government support for the startup fraternity, we will continue to bring some innovative products from the startup world in the weeks to come.