[PhotoSparks] The creative edge: how musicians and festivals differentiate and stand out 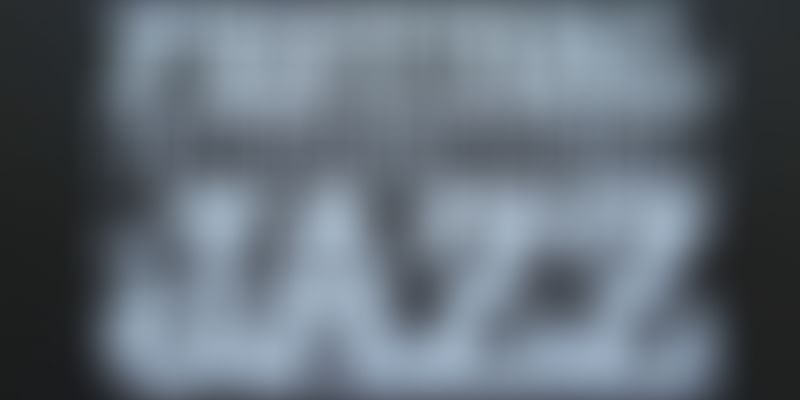 PhotoSparks is a weekly feature from YourStory, with photographs that celebrate the spirit of creativity and innovation. In this photo essay, we feature some of the outstanding creativity on display at the annual Montreal International Jazz Festival!

Music performance and festivals are fiercely competitive arenas, and musicians and festival curators must differentiate themselves from others in the market to really stand out and thrive. The annual Montreal International Jazz Festival (MIJF) is one of the largest and most popular festivals in the world, with hundreds of artistes featured over 10 days across two dozen venues (see my 2015 writeup here).

Now in its 37th year, the MIJF concert mix includes established and emerging artistes performing not just on the main stages but in the audience area (sometimes on a small train as well!). There is also an Art Gallery with paintings and merchandise related to jazz; interactive installations; and a range of mime artistes and jugglers.

As this photo showcase also highlights, the musicians themselves perform unusual feats like playing two instruments simultaneously, telling stories about their cities along with their music, and performing in non-traditional formats.

Now what are you doing to stand out from the crowd and showcase your unique creativity?

Meet ‘Roya the Destroya,’ a member of the Montreal Street Dancers troupe. It does not hinder her that she was born with only one leg. “My passion for dance is so strong that nothing will not stop me from dancing,” she said, in a chat just before her performance during MIJF.

Here’s Frederic Pellerin, a blues singer, songwriter, guitarist – and drummer. He doesn’t always need a drummer to accompany him, because he is quite happy multi-tasking: sitting and playing drums while he also sings and strums the guitar!

Long before the main acts begin at MIJF, Japanse band Tokyo Chutei Iki moves among the audience and plays a range of intricate compositions. The 13 baritone saxophonists really pump up the crowd and get them primed for the concerts.

Check out West Trainz – a ‘mobile’ jazz band. The musicians play reggae and jazz between main acts on small platforms set on a moving train, which keeps the crowds entertained and ready for more.

Kenny ‘Blues Boss’ Wayne regaled the crowd during his set, pretending to take a call from his mother on his mobile phone. He told the audience his mother did not believe he was playing at a concert, and asked the audience to roar out loudly to prove that he was indeed at MIJF!

Melody Gardot grew up in Philadelphia and happened to undergo musical therapy after a serious bicycle accident. She went on to become an outstanding singer-songwriter blending jazz, blues and folk, in English and French.

A unique feature of MIJF is the storytelling role played by guitarist-singer Jordan Officer. At the end of each day, he narrates stories about Montreal’s music pubs and the rise of jazz in the city, and anchors a set featuring guest musicians from the festival.

Meet mother-daughter duo Karen Young and Carol Egan. Each is a successful musician in her own right (folk/jazz and pop, respectively), and in an endearing set they shared stories and music from their lives and careers, on occasion even playing clapping/high-five games they way children do.

Japan has a thriving jazz scene with its own cultural twists, as show by the nightclub sextet Soil & Pimp Sessions. Their outlandish costumes and whacky sense of humour had the audience in splits – and on their feet for an hour of funk and jazz.

The MIJF team also designed an interactive installation for audience engagement. This ‘music playground’ features large piano keys on which you can jump and dance – and electronic piano notes are played along.

The Art Gallery at MIJF showcases synergies between music and art. It features a range of paintings and sculptures related to jazz, with musicians, instruments and even ‘cool cats’ playing piano and guitar.

What is a good festival without merchandise? T-shirts, coffee mugs, Rubik cubes, bags, keychains, fridge magnets, and a whole host of other goods ensure that the MIJF brand lives on through a range of souvenirs.

The MIJF mix also includes clowns, jugglers and mime artistes on stilts and a range of costumes. Perfect for fun and entertainment – and for the selfie generation!

Meet festival director Laurent Saulnier, whose team scours the world for new artistes and exciting formats for the event. “Jazz is the foundation for improvisation,” he said in a chat at the beginning of the festival.