Who is Piyush Manush and why does he need our support in his battle against human rights violations? 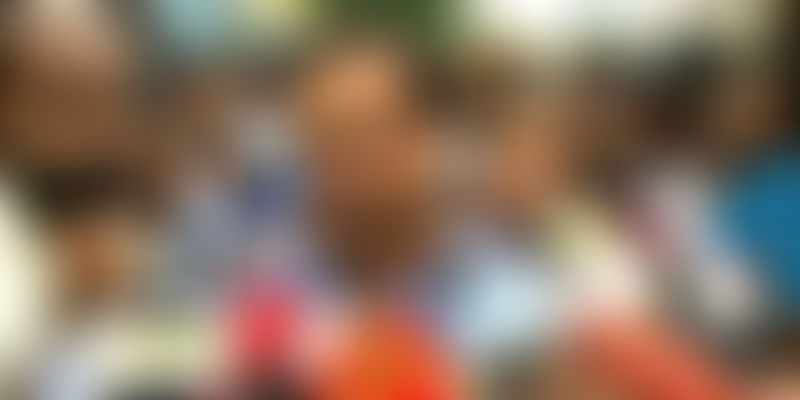 The award-winning visionary who had planted a thousand trees in a barren dystopia and employed hundreds of local farmers and villagers was held and tortured in jail for protecting the rights of the simpletons of Salem district. The hashtag #IStandWithPiyush has surfaced and resurfaced on Twitter and Facebook over the past three days now, and if you do not know why human rights lawyers and activists need you to stand with him, read on to find out.

An afternoon with Manush

A few hours with V Piyush Sethia, who also likes to go by Piyush Manush, and you will instantly be won over by his infatuation with his motherland. Walking through his green empire in Salem, a farm as thick as a forestliterally pulled out of thin air and nourished with the utmost attention to detail until it was ready to become its own ecosystem of water-bodies, animal sanctuaries and biogas plants being supported by flourishing clusters of neem, rosewood, mango, custard apple, jack fruit, chiku, silk cotton and pungam,which is self-sustaining and is also helping the 150 “co-owners” from the nearby villages self-sustain. And he does this out of an unwavering resolve to preserve the bounties of nature exactly the way they were when they raised the lad.

The renowned green activist, who has undertaken multitudes of initiatives under the umbrella of increasing the green cover in the country, promoting organic farming, employment of farmers and promotion of village and cottage industries, has also resisted land mafia and threats from corridors of power.

Piyush had been helping people residing around Mulluvadi Gate in Salem, Tamil Nadu, where he grew up, to get fair compensation and rehabilitation after being uprooted from their lands without any notice by the Southern Railway, which wants to construct an over-bridge in that stretch of land, in a project sanctioned by Chief Minister Jayalalithaa. Allegedly, the land acquisition process was not complete, even though the government authorities in charge claimed that the process, which had been ongoing for a year, had been concluded before they flagged off the construction work.

At first, the members of Salem Citizens Forum (SCF) – where Piyush is the convener – pulled together a ‘raasta-roko’ at the site, and agreed to step back when the police arrived at the scene. On July8, Piyush decided to back this cause and went to the site with two of his associates to take the protest ahead. When they prevented the construction workers from beginning the project, the police intervened again, and arrested the trio under several sections of the Indian Penal Code (IPC), including ‘assault or criminal force to deter a government servant from discharging official duty,’ ‘wrongful restraint,’ and ‘criminal intimidation.’

Piyush’s associates were released a little less than a week later, but Piyush was denied bail and continued to be restrained. What’s worse – he had been detained in solitary confinement, and according to sources close to him, he’s being subjected to constant torture, since the day he was first arrested. According to his lawyer, he was physically and mentally harassed by at least 30 people over the span of the past one week. While in solitary confinement, he isn’t being allowed any reading material, or even to establish contact with his wife, Monica.

The man behind the bars

Piyush refuses to give up on the future of his people and his region, despite having had dangerous brushes with the ugly underbelly of the political and legal framework in India. This is hardly the first time he has been on the wrong side of the bars in order to have his voice stifled. He had first kicked up a stink around the inefficiencies in the system as early as during his college days, but was framed for the murder of his college principal – perhaps in an attempt to show him the muscle power of those occupying the ‘kursi’.

After this storm blew over, Piyush, someone who was very attached to the soil that created him, was distraught looking at its plight, as it was being encroached upon, under and over-utilised due to conflicting industrial interests. He started to save his land with the simple plan of planting trees around the city, discovered the bounty of composting also made the residents aware of environmental rights and duties that applied to their resource-rich land, and how it was under grave danger.

He helped them stand up to corporate miners who would have desecrated the Kanjamalai Hills in Salem, when it was discovered as a rich deposit of iron ore. In 2010, Piyush was charged with sedition when he patronised the Campaign for Justice and Peace, up in arms against human rights violations in Chhattisgarh.

With the SCF, his crusaders for the environment, they tackled issues right from the improper disposal of garbage to building a ‘co-op’ forest, and have changed the face of Salem. Last year, when the floods hit the city of Chennai, he was at the forefront in the rescue operations.

Reactions from across the country

Social media has seen considerable uproar, when a petition demanding his release with a clean chit was created on Change.org. It has received 12,000 signatures already. Human rights activists,like Madhumita Dutta from Chennai Solidarity Group and Radhika Rammohan from Safe Food Alliance, along with SCF members, have taken up this case and are fighting for his release. Activists from Medha Patkar to the human rights group ‘National Alliance of People’s Movement’ have all condemned the attack, the former having taken to Twitter and the latter having sent a written appeal to Jayalalithaa to act it at the earliest.

Yesterday, Piyush was finally granted conditional bail by the Salem District Court. For now, Deputy Inspector-General of Police (Prisons) of Coimbatore Range has sought a report from Salem Central Prison authorities, demanding their stance on the mistreatment of Piyush.