Hustling like a startup, Premier Futsal sets the ball rolling on kindling fustal fever in India 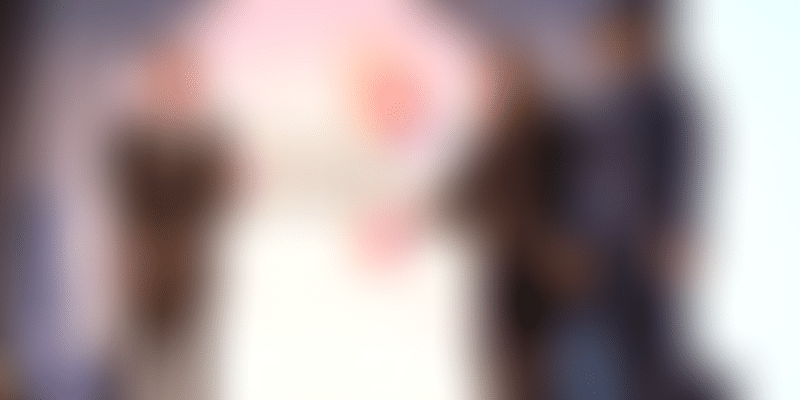 “Our passion for building sustainable businesses, our commitment to develop and deliver a fast growing sport to India, and our desire to contribute to India is the primary driver behind Premier Futsal,” says Abhinandan.

Futsal is a sport gaining popularity in India and across the globe. It is a modified form of soccer played with five players on each side, on a smaller, typically indoor, pitch. Started on July 15, Premier Futsal has brought together legends of football and futsal together. The six teams include Goa, Bengaluru, Kochi, Kolkata, Mumbai and Chennai. Based on a franchise model, each team is owned by a person who is not only interested in taking sports forward but shares the vision of making the futsal league a longterm sustainable effort, rather than a one-time wonder.

Each squad comprises of one marquee player, six international 'futsallers' and five Indian players. Some of the marquee players include Manchester United Legend Paul Scholes and former Barcelona midfielder Deco. Premier Futsal matches are 40 minutes each, with the game split in four quarters of 10 minutes each. The players were selected this year based on the feedback received from their respective coaches.

Premier Futsal's trio have known each other for many years. The 25-year-old Abhindan, who is the CEO of the company, is already a serial entrepreneur. Co-founders Dinesh (30), who is the Marketing Director and Nithya (35), who is the CFO, are Guinness World Record holders for convening the event that formed the largest human flag, with close to 50,000 people participating to form the Indian flag.

Therefore, the trio saw sense in combining Abinanadana’s expertise in startups with Dinesh and Nithya’s in events, to create a sports enterprise. They used a scientific process of selecting the sport they wanted to promote. The scales tipped in favour of Futsal, for what it affords to the athlete—development of strength, agility and flexibility—its operational efficiency since it's light on infrastructure, and its multifunctional equipment. To top it all, it makes for great TV-viewing experience, given the short format of the game and the high energy of the players.

Based out of Chennai and backed by Xavier Britto of the Indev Group, the top management also consists of Balu Nayar ex-IMG and co-creator of Indian Premier League (IPL)). Other core team members have 5-10 years experience in the sports industry in India, having worked in the IPL, Hockey India League (HIL), Pro Kabaddi League (PKL) etc.

Given the expertise of the board, they approached former Portuguese footballer Luis Figo to serve as League President and Virat Kohli as the League's Ambassador. The association with Luis has gone a long way in opening doors for other futsallers to come and play in India.

Abhinandan extols the the wealth of knowledge and credibility Luis brings to Premier Futsal. “Luis believed in us to be able to run and manage the business, but more importantly, he was happy to mentor/guide us through all the hurdles as we are first-time sports entrepreneurs! For us, the decision was simple. He is a former two-time World Player of the Year and ex-presidential candidate of FIFA. I suppose that establishes his credibility and intent as an individual who can lead a futsal company.”

On challenges faced in getting the best names in the game to sign up, Abhinandan says, “It took a lot of convincing, because India is an unknown territory to futsal and football players. We had to fill them in on how we would roll it out, and gave them insights about the Indian market to help them understand that India is consuming different sports at a rapid pace, and gave them examples of IPL and kabaddi to show that short format games with quick and continuous action do sit well with the Indian spectator.”

Convincing players was just the tip of the iceberg. Organising an event the size of Premier Futsal had other challenges too. Things have been hectic, requiring the founders to work doubly hard, which, they say, has enabled them to pay attention to even the most minor details.

At the core of it, Premier Futsal is very much a startup, according to Abhinandan and that is how his approach has been towards setting it up. “We have gone through the usual grind. Through lean methodologies, we found market fit to arrive at futsal as the sport. Through a dozen pivots, we developed a business model that would optimise expenditure and maximize value. It's a very similar story to that of a tech startup. If you look at the promoters of other leagues in India or abroad, you will wonder how we have come so far. And that is because we are very much a startup that is driven by desire and built through hustle. And add the focus on innovation and disruption, you would almost believe that Premier Futsal is a tech venture!”

The revenue stream has three aspects: the franchise model—which applies to the teams—sponsorship for the event and the teams, and content distribution. Other smaller sources of revenue include match tickets and merchandising.

Sony Pictures Networks India (SPN) will be the long-term partners for broadcasting Premier Futsal games. “Our key partners include TenMonkeys, a UK-based award-winning production company with football and basketball production expertise, GreyMatter, our Indian production partners, and DDB Mudra, who are our marketing partners,” shares Abhinandan.

Sports and entrepreneurship in India

There are quite a few startups in the sports sector, like SportsKeeda, which caters to sports news and information, KOOH Sports, that imparts sports coaching, Sorts365, a sports supplies e-tailer, and Playo, which connects sports enthusiasts, venues and vendors. But it is still not as populated, perhaps owing to the fact that running a company in this sector is not that easy.

As Abhinandan says, “Sports sector is a tough nut to crack. Being part of both the sports and tech space, I see on a daily basis how things function differently. Tech is more open to disruption and is subject to lesser bureaucracy. More importantly, the sports space is traditionally entitled to ultra high net worth (UHNW) promoters.”

Abhinandan hopes that the fact that they managed to raise funds sets a good precedent, for entrepreneurs to consider making a foray into this space. The response so far from all stakeholders—players, partners, and broadcasters—has been good, and will probably mean that they will be not one but two seasons of futsal next year. “One in January, hopefully,” quips Abhinandan. If it is as gripping as it is touted to be, we hope the same too.