Who was Qandeel Baloch, and why must we all feel responsible for her merciless honour killing? 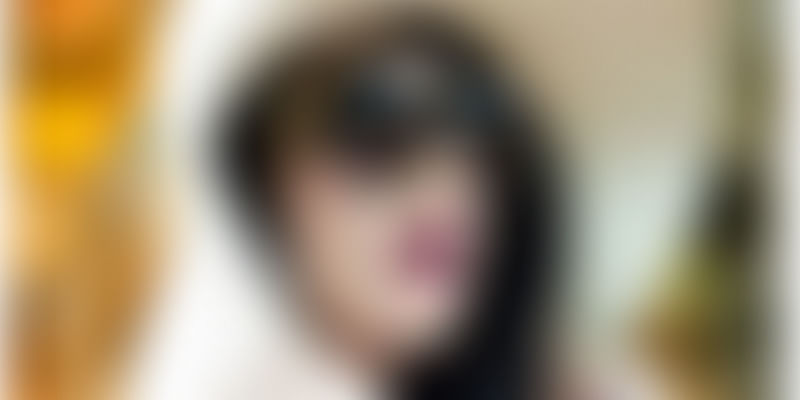 Pakistani social media sensation, feminist icon, and controversial figure Qandeel Baloch was found dead in her own family home in the Pakistani city of Multan. The case was immediately deemed an ‘honour killing’ by the local police, after her elder brother Waseem Baloch confessed to the crime.

Not only did he confess to the crime, but also showed no sign of remorse when he was nabbed after being on the run. He explained that he was, in fact, proud he killed his sister, because “girls are born to stay home, and she never did.”

“I am proud of what I did. I drugged her first, and then I killed her,” he said in a statement. “She was bringing dishonour to our family.”

He said it was embarrassing for him to see his friends share her videos, and now he has earned a spot in heaven by restoring the honour in his family name.

The cause of death has now been confirmed as asphyxiation — even as the family first claimed that she was shot. Another one of Qandeel’s brothers was also said to be involved in the plotting, but Waseem later denied his involvement and said he was to be held solely responsible.

The icon Pakistan loved to hate

An aspiring model, Qandeel was a 25-year-old who had become the darling of Pakistan Idol judges when she auditioned in 2013. The audition tape went viral due to her antics and thoroughly entertaining alternation between cockiness and gushing over the judges. She may not have made it through to the second round of the reality show, but she had already found a window of opportunity to turn into her big break.

When she first started using social media to talk to her fan base, she never directly intended to make feminist statements; she was simply being herself, which happened to be spirited, sassy, bold, and free-willed.

She recorded herself thinking out loud on subjects like boys, beauty, and booty, dressed always in clothes that flattered her figure, which, although not very different from what most social media celebrities post on their accounts, didn’t go down too well with most in her country. In a country like Pakistan, where the mindset at large is more or less in line with Waseem’s, her actions were automatically construed as defiance.

Gradually, she streamlined her ideology in her online activity, and formally adopted the cause of feminism, declaring herself a “modern day feminist.” She played the object of the singer’s lust in a recent music video, ‘Ban’, where she is seen strutting her stuff in her usual style.

As she began to rebel against the increasing politicisation of daily life, the content of her posts also began to change, thereby inviting scrutiny. Meanwhile, her social media fan base increased to nearly 7,50,000. Her following both adored and mocked her over-the-top antics — like her promise to strip in celebration if the Pakistani cricket team brought home the T20 trophy.

She was doing extremely well as a social media influencer, and was also one of the key breadwinners for her family. Her father says that she was “like their son,” and she supported their entire family, including the brother who killed her.

Her most recent involvement in a controversy was when, following his suspension, she posted selfies with Mufti Abdul Qavi, a senior member of the Islamic clergy, on Instagram. This was the last straw for Waseem, he revealed. Qavi also reportedly sent her death threats following the incident, and Qandeel confessed to fearing for her life and safety, but also promised her fans that she was a fighter, and would “bounce back.” She had wanted to inspire women who are being “treated badly and dominated by society.”

“I planned this after her scandal with the mufti and was waiting for the right time,” Waseem said.

Speaking to Pakistan’s Geo News, Qandeel’s mother accused the cleric of provoking her son into carrying out the murder. She claims her son Waseem carried out the killing on the cleric’s advice. In the face of this evidence, the police have also included Qavi in the investigation.

According to the Independent Human Rights Commission of Pakistan, the country’s misogyny can be quantified: in just the first five months of 2016, 212 cases of honour killings against women have been reported.

In a statement condemning the concept of honour killings, PM Nawaz Sharif had broken his silence six months ago, saying, “There is no honour in honour killing. In fact, there can be nothing more degrading than to engage in brutal murder and to refer to it as honour.”

No one person killed Qandeel

We may all have contributed to the shame Waseem felt —when Qandeel put herself out there and dared to be who she wanted, most people, at one point or another, mocked her. She was derided for everything from the quirky nature of her actions to the feminist reasoning she said was behind it. Ultimately, there was an air of ridicule and disrespect around what she was setting out to do, taking away from the cause, and, by extension, adding to Waseem’s shame. This by no means justifies ‘shame’ as a reason to murder, but it is on us not to let anyone feel the shame itself, regardless of whether it leads to consequences.

Sure, the world has now united in solidarity to condemn the killing of an invaluable patron of women’s liberation, especially in countries bound by Sharia law. However, as guardians of humanity and women’s equality, maybe we should take a step back and analyse how long and just what degree of stimulation it took for us to rage against this despicable happening.

We shouldn’t be waiting for an honour killing to finally recognise the efforts of a woman — no matter how unconventional and eccentric — as feminist messages. Let us start celebrating these heroes and endorsing their schools of thought while they still have the fortune to walk among us, and maybe they will thrive on this support and solidarity and never fall prey to heinous misogyny in the first place.

It isn’t too late; when the likes of Poonam Pandey continue to wear their sexuality on their sleeves, or as Rakhi Sawant throws her silicon armour of self-love in your face, look beyond your own petty hang-ups and laud the act objectively.

Perhaps our unconditional acceptance is a little late in rushing to the rescue of Qandeel Baloch, but let us now focus on not letting patriarchy create another one.