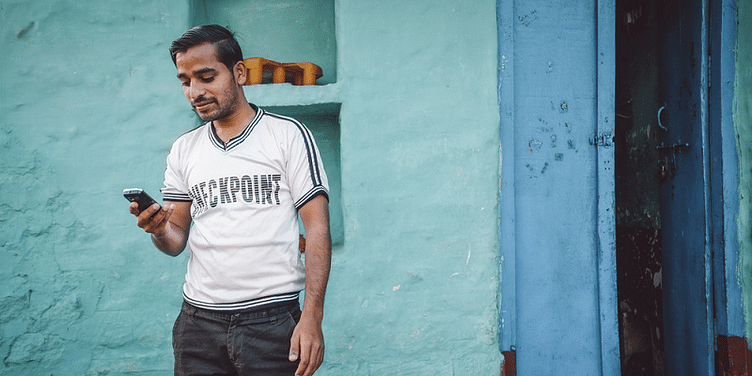 Around 40 percent of the world population has an internet connection today. In 1995, it was less than one percent. KPCB’s 2016 Internet Trends report pegged India as the second largest internet user-base in the world, with China at the lead and the US now in the number three position.

Indians already feature among the largest users of What’sApp, Facebook, LinkedIn, and others, globally. But is this making a difference across all sections of our society, or is the access restricted to a privileged few?

In other words, do we still have a digital divide to contend with? And, if so, what is being done about it?

A few weeks ago, I drove down the Mumbai-Pune Expressway to visit some slum areas in Pune. The idea was to visit the National Digital Literacy Mission (NDLM.in) centers being run by the Digital Empowerment Foundation (DEFIndia.org) to see first-hand, the kind of work being done at the grassroots level to impact digital literacy in India.

Prior to the visit, I had been in touch with Osama Manzar, the Founder & Head of DEF India, who had helped me connect with Rahul Tirpude their Regional Coordinator for Maharashtra. Rahul oversees operations in DEF’s centers across the state, and was excited to hear that I intended to make a visit to the Pune centers in the days to come. But, I’m getting ahead of myself. A little context, before we begin.

If, like me, you are not already aware of NDLM, it will help to know that the Government of India has an ongoing mission – National Digital Literacy Mission – aimed at “making one person in every family digitally literate,” as an integral component of the Digital India vision.

To that end, the NDLM partners with NASSCOM, various corporate sponsors, training partners and implementation partners to operate NDLM centers across the country to ensure that folks in rural and economically-backward areas have access to basic digital education via a month-long computer literacy program.

And, that’s where DEF India comes in. DEF India runs 150+ Community Information Resource Centers (CIRCs) across India, delivering computer literacy programs for folks in rural areas. Having done this for many years, DEF India was the candidate of choice to join hands with NDLM as its implementation partner, and help deploy centers on their behalf.

Thanks to the hospitality of Rahul, during my two days in Pune, I was able to visit the NDLM centers at the slums of Rahul Nagar and Yamuna Nagar, meet with the team that helps run them, interact with the students, and also visit one of the homes in the community.

It was a thoroughly informative experience, and I was very pleased to see the efforts being put in place by the team to spread digital literacy at the grassroots level, despite the obvious challenges. And, challenges are aplenty.

The space in which such centers are run is often arranged for by local corporators “donating” a local gym that is no longer in use, or a small room built on a temple ground, or some such communal facility.

While rural locations are relatively clean, slum areas tend to harbour unhygienic surroundings with access paths that may be difficult to traverse. In one such location, there was also an ongoing dispute between two sub-communities that lived in the same zone but refused to “share” any common facility – since the centre was technically located in one sub-community’s area, the other wanted an independent centre to be built in their area so that they could patronise it!

It’s not just about the space. Such economically-backward areas face a number of other difficulties. Anti-social elements are a common sight in these neighbourhoods, families sometimes discourage their youth and women-folk from attending such programs, and finally, there is the matter of how to make time for this when you are busy holding down a job as a domestic maid or the housekeeping staff in a nearby mall.

However, despite these challenges, the program offers tremendous hope. Once the students enrol, qualified trainers deliver the month-long program in sessions of one hour each day, in a variety of local languages if needed. The students at these centers showed an eagerness to learn and seemed to have a genuine interest in showing up and doing their bit. On interacting with them, I found that the number one need voiced by them was: “How can I keep my education going, once the month is up?”

Imagine that! Here are folks that struggle to make ends meet, and live in conditions that most of us would consider challenging. Yet, after taking the first steps towards digital literacy, all they want is to learn more.

How can we help?

Every drop makes the ocean. While I was visiting these centers, I took the opportunity to donate some of my technology devices, books, and accessories under the MeraByte program that DEF India runs (inviting folks to “donate all kinds of old and used (but functional) devices or accessories to make them available to the underserved”). Based on my interactions with the staff and students, I also drafted a few suggestions for DEF India.

The fact is, some of these ideas are not limited to any one institution, and can be implemented over a much wider canvas. I’m sharing just two of them with you in the hope that they may spur new thoughts, or inspire you to take a small (or big?) role in any way you can.

Some locations can be used to setup a small Library for the community members. Access to large corporates and initiatives like MeraByte, can be used to mobilise books on technology, internet, and communication, etc. Organisations can also donate their monthly subscription issues of technology magazines, once the current month is through. All these can make for a robust resource for the community to use as a reference or lending centre, enabling their ongoing education.

A website or discussion forum can help assimilate learnings on such community initiatives to assess what works and what doesn’t, and invite suggestions. This will help shape thoughts and actions of those who want to contribute to the cause, making them more relevant. Folks that run community centers will also be able to tap into this shared resource to run local experiments or implement additional initiatives that may be applicable to their centers.

Some of you may already be in influential positions at large corporates that have CSR initiatives underway, while others may want to help in an individual capacity. Naturally, the “digital community” at large, can also be a part of the entire process, contributing via ideas, inputs, connections, and more.

And the issues are not limited to basic digital literacy. When we think of mobile apps and startups mushrooming all over cool areas like Powai and Koramangala in metros like Mumbai and Bengaluru, we are essentially talking about urban solutions designed by urban folks to address urban needs. But “India”, like Mahatma Gandhi once said, “Lives in her villages”. And, those folks represent thousands of millions of users with real needs and real problems that need real solutions.

There are already a few bright sparks among us who understand this predicament and are working on solutions based on technology focused on the underserved. But, much more needs to be done in this arena before we can rest easy.

I may have barely scratched the surface with regard to understanding the various dynamics at play. But I believe the efforts already underway will make a real difference at the grassroots level as long as we keep the momentum going.