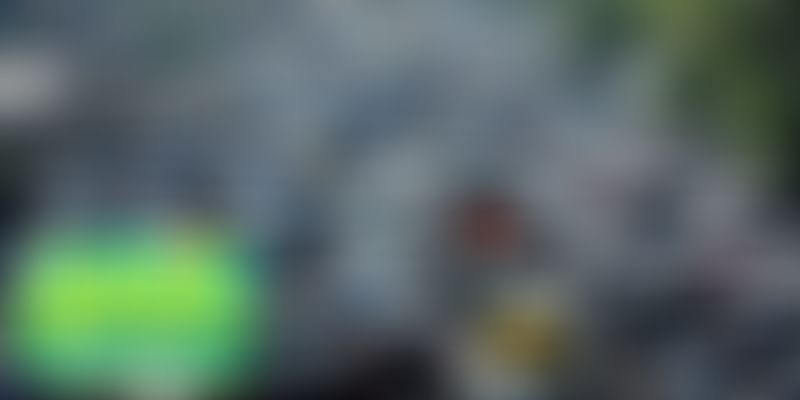 My son’s bus turns up an hour-and-a-half late in the morning to pick him up for school from his assigned bus stop. GPS fails to give a reliable ETA. Even the bus parent has to wait for the bus at her assigned stop for an abnormally long time. Reason for the delay: HORRIBLE TRAFFIC!

This scene is probably enacted on a daily basis across all major Indian cities. The sad part is that either no action is ever taken to mend the situation, or it is taken in small pockets. More often than not, we waste a lot of valuable time and energy doing the following:

Alas, the tempo wears off in a few days and it is back to the same old drudgery again.

The government does not have the will. Moreover, it doesn’t have the wherewithal to usher in the changes we are hoping for.

We are to blame for the state of affairs. Our attitude is: after all,what can we do?

The major Indian cities have been experiencing unprecedented growth over the past 15 years or more. Let’s take Bengaluru’s example. Mr Google tells us that the population of the city has grown roughly by 50 percent since 2001. This has put the whole machinery under duress with immense stress on all basic amenities. It sounds so familiar, doesn’t it? So what’s new about what I am trying to point out?

My focus in this post is to resolve the traffic menace. It can be achieved through government–corporate–citizen partnership.

Why is it that, as a race, one-upmanship is so important for us? Why do we not like letting others pass in traffic? Why do we resort to incessant honking? Don’t we know that the only way the guy in front can move is if his car had wings? Now some may argue that this is uncouth behaviour that only taxi drivers resort to. Well yes, they are to blame, but so are the rest of us cutting across social, religious, and political strata. They actually compete with the class they so dislike and sometimes beat them hands down.

Who gave bus drivers the rights to home/office deliver their passengers? How could the great minds that planned our cities for us go so wrong with execution? How did we end up with bus stops just after traffic signals? Why could we never ensure broader roads at least at the signals, and separate bus lanes, if only just at the bus stops? We could all argue that this is a direct consequence of corruption. Yes it is, but pray tell me, aren’t we all a part of the same system? We have suitable examples of countries that have fared much better in managing traffic. There are millions of hectares of land available to sustain the construction boom. Alas, there’s hardly any to construct roads.

Oh, and did I forget to mention the glaring potholes on the roads?

Okay, so what’s the solution? The solution can be broken down as:

We need to accept the fact that work-from-home and virtual offices are an absolute necessity. While some companies have already implemented it in some ways, most still shy away. Employees lose at least one hour per day on traffic. To add to that you have irritable employees at work, leading to further loss of man-hours. Multiply it by the number of people employed and the lost man-hours … or should I say ‘MAN-YEARS’, and the figure is mind-boggling. My suggestion would be to allow all employees to work from home for at least two days in a week. This can be staggered over the week so that not everyone works from their virtual office on the same days.

We as citizens can do better in getting our act together. Say NO to honking. Say no to one-upmanship. Follow lane discipline no matter how hard it might seem. Give a polite wave of the hand when someone gives you the way and respect others’ right of way. After all, the roads (or the lack of them) are for all. None of us can claim that they are our inheritance from our forefathers. The least that the honourable government of the day can do is to ensure that there are no potholes on the roads.

Government intervention to bring in a difference in the medium-term is of paramount importance. The roads everywhere need serious sprucing up. It’d be nice to see wider junctions, especially at the traffic signals. Separate bus lanes, especially at the designated bus stops would be most welcome. The sheer monster that a bus is demands a well trained and empathetic driver. Penalties for defaulters should be hefty and accounted for. Please recruit more staff to man traffic. The existing force is grossly understaffed. I am sure there is no dearth of capable and willing individuals in our country. Taxi companies should ensure that they train their drivers well.

We as citizens should accept the fact that having a licence to drive our vehicles of choice is not our right. Empathy is the need of the hour and doing to others what we expect them to do unto us would be a good beginning. Our vehicles are not meant for snaking around in traffic. Do we want to create hell for fellow travellers? We need to bear in mind that our roads are for driving and not parking our vehicles the way we want and anywhere we want.

The time has come for citizen and corporate representatives to join hands. They need to deliberate with the government on private-public partnership. It’s time we take action and build and maintain roads. Tax holidays for citizens contributing to infrastructure development would create a win-win.

Don’t sanction residential and commercial projects without due diligence. One needs to ensure that there are enough roads to take the extra load. Let builders be responsible for participating in development of infrastructure around their projects. Install long-stalled projects for construction of flyovers and multi-level roads. This will help bring down the load on our current infrastructure.