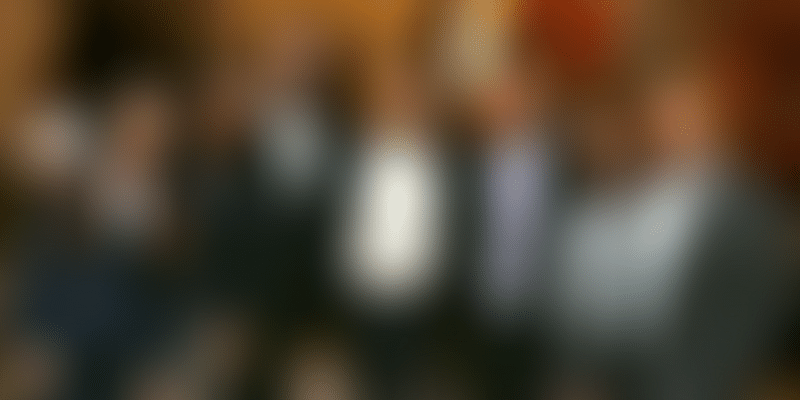 What lies at the center of the world’s third largest startup ecosystem? A plethora of untapped opportunities, perhaps.

Central India today shines with potential as startups in the region with local flavours and diversified interests give market leaders a run for their money. Tele Rickshaw and TukTuk from Indore compete against Jugnoo, Medx from Gwalior takes on Practo, BhangaarChand (Vidisha) and The Kabadiwala (Bhopal) make waste management look hot business propositions. While WittyFeed (Indore) takes on world leader Buzzfeed in viral content space.

Central India has always been a test market for many industry leaders such as ITC and Airtel because of its central location and eclectic mix of cultures as people have migrated to MP from all four directions of India.

Few people know that Barbeque Nation originated from Indore’s Sayaji Hotel and went on to become a Rs 1000 cr+ national chain attracting multiple rounds of PE funding. Examples such as these have compelled the government and the investors to pause and take note.

“It’s a pleasant surprise to come across the vibrant startup ecosystem Swan has built, unknown to policy makers and government officials in the state. I am here to support the initiative and ensure that state government is willing to provide funding support and other incentives to startups in every way possible,” said Kumar Purushottam.

“If a product or service could work in Central India, it would most likely echo with the rest of the country. The general perception about this region has been of a test market. What’s now changed is how startup stories around India have inspired people here to create scalable businesses,”

However, Indore has been falling short in three areas: exposure or maturity of startups, lack of mentoring, and professional funding options.

SAN has in this period evaluated 130+ startup proposals, issued seven term sheets and concluded funding of a Mumbai-based startup OnSpon.

OnSpon is an event discovery and sponsorship platform. Founder of OnSpon Hitesh Gossain, an IIM-A alumnus and the ex- Business Head of Percept shares, “Onspon.com (short for Online Sponsorships) has cracked the code for events seeking sponsorship meeting brands who are planning to use sponsorships of events as a strategic tool for marketing. We already have India's biggest 300+ brands and 9,000+ events using us to meet each other within 12 months of our platform going live. We were pleasantly surprised to see the structure and agility with which Swan managed the fund raising for us. We are extremely excited to have Swan on board.”

SAN has already grown to 38 investor members, who come from diverse business backgrounds, helping SAN remain industry agnostic. “”Unlike other angel platforms that focus on funding, our focus was not only to invest but also mentor startups at a more personal level,” informs Co-founder B P Inani.

SAN follows a rigorous but transparent assessment process where even the scores on specific parameters such as market, traction, and team etc are made available to startups.

Abhishek explains, “Though we consider startups to be radical and full of creativity and innovation, but from the business stand-point, there is a method to the madness. We’ve used our decades of experience across scores of industries to distil some basic factors which have a significant impact on a startup’s success. We are using these factors for a scientific, systematic assessment of startup proposals. We are also providing these inputs to startups to guide them on their strengths and gaps.”

One of the biggest hurdles faced by Central India’s startups in getting the initial capital is that big investment firms are often not willing to invest smaller amounts at seed stage. In addition, most startups from Tier-II cities either never hear from these investors or get a ‘No’ without ever getting a feedback as to what was missing. “Our investors are ready to start from Rs 20 lakh also. Even when we choose to not invest in a startup, we make sure we give them a detailed feedback, areas of improvement, and mentorships free of cost,” says Inani.

SAN has come across examples of startups which were refused funding for the first time but after their feedback, a few of them scaled up and came back to pitch again.

However, even investors here need the right kind of exposure. “We also guide our investors as to which would be a more profitable proposition for them or which one would add to their portfolio. Our objective is to build a deeper startup ecosystem where everyone is able to benefit from each other’s experience,” Abhishek adds.

Abhishek is an IIM Bangalore alumnus who started his career at JP Morgan’s investment banking division in Hong Kong, and went on to settle in the US, advising financial institutions on strategy, expansion plans, contract negotiations, process optimisations and technology projects. His projects spanned 15+ countries.

After returning to India he co-founded a technology company called Synapse LLC and heads SAN. His Co-founder BP Inani is a merit-holder CA with 25+ years of experience running Swan Finance which has six divisions, 3000+ retail clients and manages more than Rs 200 crores in debt financing.

Through SAN, the founders want to transform the landscape of startups in Central India, generating both financial and social returns for the region.