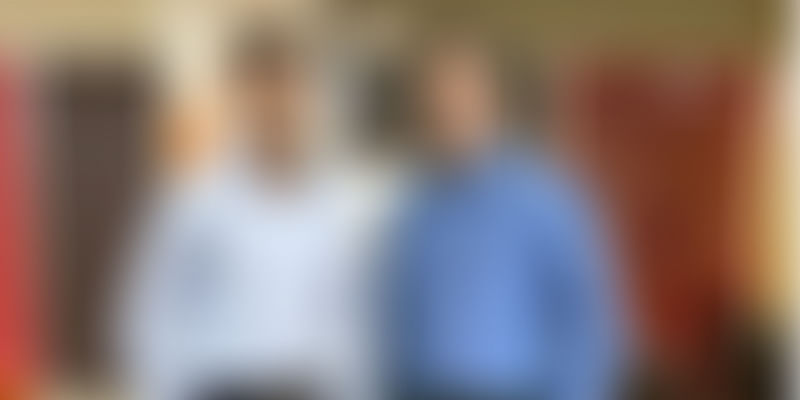 When a politician makes a fauxpas, or an injustice goes unpunished; when feminism is derided, or colourism hailed ‑ we, as a generation born in the hyper-connected age, derive validation for the opinions we form only through conversation. While social media has not only satiated but also surfeited that need –more often than not, you are surrounded by an army of yes-men in your little corner of the internet, and hardly get a fair lowdown of an ongoing conversion. These crowdsourced opinions must be translated into action through discussions, debates, and votes.

Means but no ends

Anuj Goel holds a Ph.D. in Engineering from the RPI University in New York and Akshat Jain holds an MBA degree from IIM Lucknow. The two 35-year-olds met in 1999, while completing their Masters degrees from the University of Hyderabad. Akshat has since gained experience working with giants like ST Micro-electronics, Adobe, and Oracle where the last position he held was as the Director of programs at India Development Center. Anuj has headed several leadership roles in technology, management operations, and strategy development including his last role as the head of global strategy and planning for information projection at Citigroup.

Since both of them had tech backgrounds, they wanted to leverage technology to solve common problems, by engineering a paradigm shift in the whole thought process, when it comes to taking responsibility. Facebook or Twitter is riddled with people rooting for their favourite political parties or celebrities. Swipe, launched in April 2016, wanted them to root for ‘ideas’ and find solutions to the problems which India faces. “Our ‘aha’ moment came through when the whole issue of intolerance was ripping our country apart. People kept falling deeper and deeper into conversations that gave no solution – only more violence, more hatred, more issues. We thought, ‘why can’t we use technology for bringing a social change?’ and this was the genesis of Swipe. We saw an opportunity to bring people together to get their collective votes on issues and problems we all face every day.”

Swipe is a social platform and app that can be used for voicing one’s opinion, voting on common social issues. “We live in a society of stereotypes, mistaken beliefs, victimisation, and to an extent, intolerance. We are constantly exposed to these ideas and beliefs – but, discussions on most social platforms are restricted to friends and family, or like-minded people, who tend to have the same opinion on any public matter. Some of us accept, while others go on the streets and start protesting and blaming the system- but no one offers a solution. People do this because they don’t know where to go to express their opinion, where it would be accounted for,” says Akshat.

The app allows one to answer by simply ‘Swiping’ the question card either “right” or “left” to mark opinions as “yes” or “no”. “On the web, one can easily vote through a click. We also provide objective and non-rhetorical information along with question to educate the user on an issue. Thus, it acts as an added incentive for a user to come by, to learn and be more aware about current affairs. We are partnering with NGOs and civil society organisations to understand the societal challenges and needs.”

Swipe wants to not only figure out the right courses of action for pressing issues, but also mould opinions on social and cultural phenomena and norms. Opinion polls on why men can’t help their wives with house chores, debates and discussions dissecting why it isa taboo to visit a psychiatrist, are as prevalent on the platform as votes on whether Salman Khan should apologise for a politically incorrect gaffe in public.

The process of voting is such that the results are revealed only after the user has casted his/her vote, and they cannot change the response thereafter. They collect and analyse both quantitative and qualitative data. The Swipe app has been launched in regional languages like English and Hindi, and will be introduced in three more languages, namely Tamil, Telugu, Malayalam in the first phase, and then extending the wingspan to Bengali, Gujarati and other regional languages subsequently.Coming up is the Swipe voting widget – To allow users to vote on third-party website.

They have a multi-dimensional revenue model, entailing targeted advertising and running sponsored polls for the organisations that want to collect users’ opinion to implement projects. At present, they have over 8,000downloads from Android alone. The total number of votes on the platform has crossed the 90,000 mark.

Change.org is in the same space, but Swipe offers a minor but crucial differentiator. Change.org allows people to file petitions, where the stand is taken first, and then signatures or votes are collected. The platform does not tell us how many people are against the stance. To keep the process fair, Swipe presents an unbiased question to its users and invites both sides of the debate. Abroad, Brigade.com has a similar business.

The marketsize for this product is 50 percent of 125 crore Indians, that is, the entire population that uses a mobile phone or a PC to access the internet. “Our target audience is each and every individual in India from Kashmir to Kanyakumari, Gujarat to far Arunachal Pradesh as well as a very vocal NRI community.”

Their initial investment, through personal funds and FnF funding, is $150,000.They are now looking to raise between $3 and 5 million, for user acquisition and investment in technology and product improvement. Their near-term goal is to bring all of their target audience to the platform by introducing the app and web interfaces in all languages spoken in India, and their long-term vision is to introduce the app in other countries.