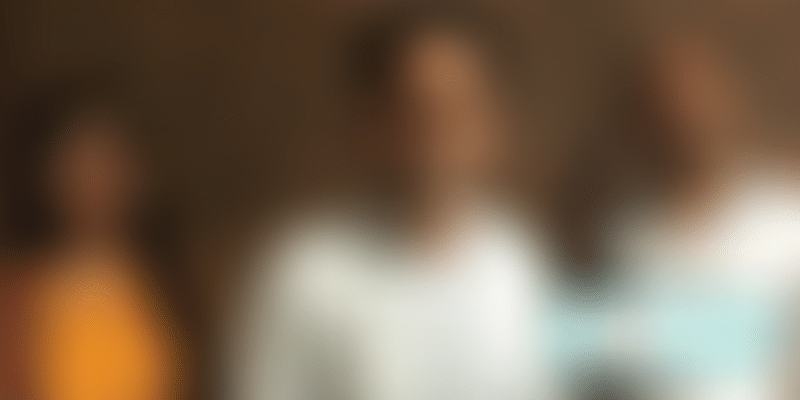 With technology transforming every sphere of an individual’s life, financial management isn’t far behind either. Gone are the days of simple calculations, fixed deposits, and insurances. Today, investments and portfolio management are more analytical and data driven, thanks to fintech startups.

Getting on this bandwagon is Wixifi, a digital investment management platform that automatically manages your money for you. The analytics engine works round the clock to generate optimal portfolios. When an individual creates an account in the system, a risk level (which a customer can choose to override) based on the client’s financial details is suggested.

The platform starts up by asking you to create an account with your email and mobile number. It then shows you the historical performance of the algorithm at all risk levels against real estate, NIFTY, FDs, and gold. You can choose to see the performance from between any two dates and can in real-time see the portfolio at any point on the graph itself.

Once the user is convinced of this algorithm, he or she can move on in the five-step process to creating a CAN account. A user who already has a CAN account can skip this step and just enter the current CAN account number along with a few details such as PAN number and date of birth.

“The algorithm is a ‘mean variance optimiser’ that works on big data and a distributed analytics engine. It is an institutional-grade algorithm of a kind that is typically used by quantitative hedge funds and was inaccessible to retail investors,” explains the 32-year-old founder, Ishaan Gupta.

The next step is to set up the risk profile, for which the system asks you for your financial goals, and details such as income, assets, expenses, and liabilities. Based on these inputs it gives you a detailed risk profile report and risk level along with a portfolio recommendation.

You can then invest in this portfolio with a single click through MF Utilities. Once the investment is made you can track your portfolio against the NIFTY and see details of the investments and redemptions from each fund.

The team is looking to build a business of robo-advice by optimising technology, thus enabling customer adoption.

A PhD dropout, Ishaan says that in the first take, Wixifi was built as a platform with an “institutional-grade mean variance optimisation on a basket of indices,” meaning that the platform would reproduce these indices with the best approximation of the underlying stocks.

Due to the rounding issues in the stock prices, the expected variance from the underlying index (tracking error) was going to be high, and so they tried out the algorithm on a basket of mutual funds.

“When we simulated this from 2007 till 2016, we realised that just by picking the right funds one could generate a fair bit of alpha (return generated over market index) or reduce risk with similar returns as the NIFTY on the simulations. This led us to create the current take of Wixifi, which recommends direct plan mutual funds using the same mean variance optimisation techniques on top of the Wixifi analytics engine,” says Ishaan, who holds a master’s degree in Electrical and Computer Engineering from the University of Illinois at Urbana-Champaign.

From blogging to building a robo-advisory firm

The idea for Wixifi grew out of IGValue, Ishaan’s blog on the value of investing. A few readers started writing to him, saying he should check out robo-advisors in the US and if there were any in India.

He decided to do some digging in the space and found that robo-advisory in India was lacking technology and was mostly about increasing distribution and making the processes simpler.

The ex-Wall Street employee adds that they still continued to use regular plan mutual funds, which caused a massive principal-agent problem, as the distributor is compensated by the AMC rather than the investor.

In addition, most investment avenues continued to be complicated and time consuming.

Also, the overhang of the boom in the real estate markets continued to mean that most had a majority of their capital in real estate. So Ishaan decided to set out to create a platform that would automatically manage one’s money scientifically and quantitatively, requiring no more than five minutes a month to track.

The first take of the product was coded by Ishaan with a small UI from a freelancer. Over time, when the need for UI development increased, he hired Chanchal Sharma to slowly fit into the UI developer role.

She had a tough task ahead, as at that time she had to basically learn digital marketing, backend coding, operations, talking to customers, and of course, do her job as a UI developer. As the client base and product evolved, the team needed an engineer to take over the core development from Ishaan, which was when they hired Sachin Saini.

“When we interviewed him he coded up several coding puzzles that typically take coders a while to do,” says Ishaan.

Ishaan adds that being an early stage startup, they look at hiring people who are hardworking, passionate and are willing to learn. He says that it doesn’t make sense to hire someone who is highly skilled or has a lot of experience, as they will not be able to think out of the box and look at different avenues.

“I needed a mix of people who could don multiple hats and were willing to try different things. Robo-advisory in India is new, and we needed to experiment a lot in the beginning. The strength of an early-stage startup comes from this, and especially in this field there is a need for agility, passion, and hard work,” he says.

The product has been live for the past couple of weeks, and the team already has over 500 customers. However, robo-advisory platforms in general are growing, what with FundsIndia having raised Rs 70 crore last year, and part-human and part-robot AdviseSure doing well.

Ishaan says Wixifi is the only robo-advisor in India to have an institutional-grade algorithm, which was previously available only to the ultra-rich and institutional investors like sovereign wealth funds and pension funds.

The alpha has been transparently published and all customers can see the exact portfolio of their IP algorithm at any point in time. It can also be applied to several asset classes going forward and can help produce several financial products in the retail and institutional space globally.

However, Ishaan believes that the robo-advisory market isn’t going to pan out the way the VC and entrepreneurial community had envisioned.

“It is now up to the firms in the space, who need to experiment with different models and see what can work. There is a clear market need, but now it’s about building a product that will not kill the returns —as the distribution costs are high — which the client will end up paying for,” says Ishaan.

He adds that while many people are trying what they believe is the best, there still is a long way to go. The robo-advisory market in India is still nascent. In the developed markets, things have progressed to the point where any asset class can be added to the mix.

In India, one cannot add every asset class, like real-estate, as the reach doesn’t exist. The play, Ishaan says, is very different from what is happening in the US. The markets are very new and various constructs are still in trial and are getting discussed.

Wixifi has also started an online stocks advisory service with quarterly rebalancing. This service gives you a list of stocks to invest in and also optimises the changes in the portfolio for tax and trading costs. It helps give the exact share count to invest in along with debt equity splits.

As of now, the stocks advisory is suited for experienced investors who have a high risk tolerance and over Rs 10 lakh to invest. Execution services are not provided; you take the advisory list and trade it through your own account.

“We hope to take advantage of this IP by keeping a robust innovation pipeline of delivering innovative features in the current product and newer products in the future,” says Ishaan.

Currently bootstrapped, Wixifi aims to get all of the customers who are opening accounts to start investing regularly through the platform. Ishaan believes this can be achieved through technology and a highly professional ‘no excessive calls, emails or SMSes’ approach.