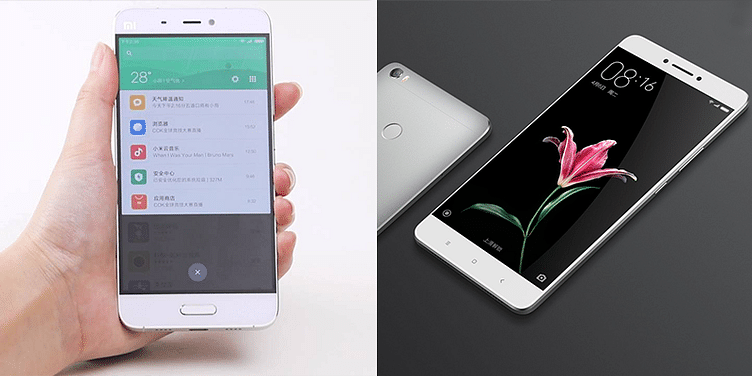 After announcing the launch of the Electric Foldable Bike last week ,that had its circulation limited to China, Xiaomi decided to placate its global customers by announcing launching of the ‘Mi Max’ and the ‘MIUI 8’, which had its induction in New Delhi earlier today.

The Chinese Tech Giant, which has impressed us with its highly innovative, yet inexpensive, products, has done it again. This time, they’ve added more features! A mere week after introducing its ‘Mi Community’ in India, it has reigned in its prospects in the fast-growing tech market in the country, and thus, after insinuating the consumer trends and patterns, they have offered us two extremely high-tech, cost-effective and convenient options to choose between.

The ‘Mi Max’ is being called the company’s ‘largest smartphone yet’, as it sports a whole 6.44 inch full-HD (342 ppi) display. The casing is contained by a Corning Gorilla Glass 3. Despite being large, is a mere 7.5mm, making it slim and easy to carry. The all-metal body also contains a 12.5D curved glass design and chamfered edges, making it look sleek.

Introduced in China last month, the Mi Max will be made available in two versions – 3 GB+ 32GB with Snapdragon 650, priced at Rs 14,999 and 4GB+128GB at Snapdragon 652, priced at Rs 19,999. It offers a superior picture quality with a 16 megapixel back-camera with an f/2.0 aperture, phase-detection autofocus and LED Flash. Its front camera of five megapixel contains an 85-degree wide-angle view and has f/2.0 aperture as well. It promises to be a great boon for selfie-lovers across the nation.

With a fingerprint scanner located at the rear panel, the model is available in Dark Grey, Gold and Silver variants. It contains a 1.8GHz hexa-core Snapdragon 650 processor. Along with its internal memory of 32 GB, 64GB and 128GB, it holds space for an external microSD support for cards up to 128GB as well. Its connectivity features include a dual-sim system, 4G LTE with VoLTE, Bluetooth 4.2, GPS/ A-GPS with Glonass, and Wi-Fi 802.11ac and finally, a 4850mAh battery completing the package.

As for the ‘MIUI 8’, which was released in China a month ago, its China Developer ROM now includes over a thousand optimisations other than the many new features that have been introduced. Available for download from 16th August, users will now be able to recharge their phones directly via Mobikwik. Its SMS app will send them a message alerting them about having low balance. Much like the Mi4i, the MIUI 8’s caller ID will automatically detect who is calling, and even inform you about the number of MI users who have blocked or spammed a number that is calling you. It identifies Amazon, Swiggy, Zomato and some more of the bigger brands and has their contacts saved automatically in its internal memory.

Its dual feature app allows users to run two apps, including Whatsapp on the smartphone, while the second space feature allows users to maintain two separate accounts on the same phone. This means that a different password or fingerprint can allow users to access a different home screen entirely, with different apps and data that are completely independent. It also contains a quickball feature that has five shortcuts which makes browsing easier. It also offers the new option of taking longer screenshots, beyond what can be seen on one page of the screen. This makes it easy to share longer articles and pages.

Users are given a multitude of new filters that can be accessed with a mere tap. Besides this, they can also doodle on photos, add stickers and experiment with the new video editing tools that also offer a variety of effects and music. According to the DNA, users can now scan documents to get an image output, scan business cards to add to their contacts, scan physical objects to search and shop for similar items on Taobao, and even scan mathematics questions for step-by-step solutions.