YouTubers: A media revolution is taking place, and most people over 35 years of age aren't tuned in 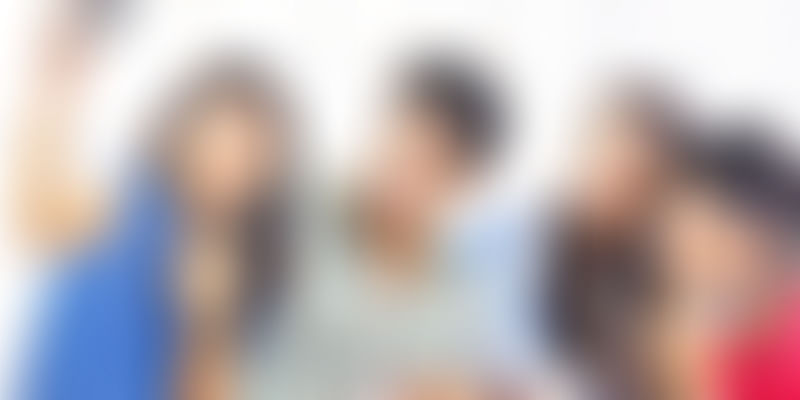 Millennials and their successors are shunning old-school television in favour of watching what they want whenever they wish on Google-owned YouTube or other video platforms like Dailymotion or Facebook.

"They don't want to be Hollywood stars when they grow up, they want to be YouTubers. There is this whole other world."

The new multichannel networks, or MCNs, are talent agents of sorts for creators of videos shared at online venues.

They help creators, often referred to as YouTubers, with video production and promotion along with finding partners or sponsors in return for a percentage of revenue.

She noted that three-quarters of her viewers were younger than 34 years of age, and half were under 25.

"There are very few of us old people," Fourquet quipped.

Self-described YouTuber Caroline Artiss has been a chef for 20 years, but opted out of restaurants and went to work for herself in catering in 2008.

Then, a friend showed her how simple it was to make videos for YouTube. "It was just me and a tripod in my kitchen," Artiss told AFP. "Then people starting tuning in from all over the world."

She recounted cooking her way across the United States for a multi-episode show after catching eyes at BBC America and a television network in Malaysia.

Artiss said she approaches her cooking videos from the perspective of a single mom -- short on money and time but needing to feed a family. She was signed on by a video network that describes itself as being tailored for a mobile generation and focused on "tastemakers" sharing a passion for food and travel.

"It still blows my mind," Artiss said. "I am coming from a single mom, living in London, struggling to pay my bills, to having an opportunity to start my own TV channel in a way."

She has a cookbook due out later this year and works with Youth Policy Institute to raise money to get fresh produce to low-income families.

Naturally, she did a video. It can be seen online at app.mobilecause.com/vf/YPIFRESH.

An annual Vidcon gathering in Southern California has become a hot venue for YouTubers to connect with business opportunities and ecstatic fans.

Some 25,000 people were reported to have attended this year's Vidcon, which took place in June.

"With the onset of digital video platforms and the fact that everyone has a smartphone in their pockets, we have democratised being a creator,"

said Paladin, Co-founder James Creech, whose California company specialises in technology for finding budding stars in a vast universe where anyone can post content online.

"A 17-year-old in his or her own bedroom can compete with the likes of CBS and build an audience that would rival a major media company."

Keys to hit online videos include being creative and regularly posting content, according to Creech. Amateurs can outshine polished professional content with authentic connections that make viewers think of them as friends, he said.

"Regular TV is about cartoons and YouTube is about real people and the games I like," 11-year-old California boy and online video fan Henry Crawford told AFP. "Television is tomfoolery."

Paladin indexes millions of channels, providing analytics that can narrow down videos by popularity, topic, language, and more.

The YouTube channel with the most subscribers is that of Swedish video maker and comedian PewDiePie, who provides captivating commentary while playing video games.

Hot online video trends include "unboxing," in which people film themselves or others opening packages with unknown contents.

A popular YouTube channel called Hydraulic Press features videos of things being crushed by just that piece of equipment.

Amazon-owned Twitch on Friday announced that it is experimenting with a new "Social Eating" category in which people streaming broadcasts on the service socialise with viewers over meals.

Traditional media companies would be wise to be worried by the trend, according to Creech.

"It's a huge disruption," Creech said. "We are in the midst of a revolution in media and it is very exciting."