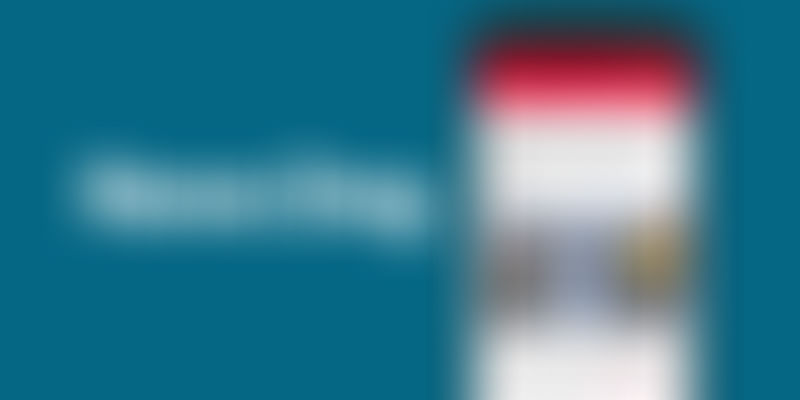 Before the internet took over the world, man’s best friend, the ever loyal dog, was traditionally tasked with the important chore of fetching the newspaper from the sidewalk every morning. In the excitement to get their owner’s affection, many dogs have been known to go overboard and fetch other newspapers from neighbours sidewalks as well. While newspapers are still popular, a vast majority of the global population has now switched over to digital editions of newspapers and rely on websites or mobile apps to get their daily dose of news and stories.

Hacker Interstellar, a Chinese company recently forayed into India, setup a local team and launched a news aggregator app - ‘NewsDog’. It aims to function as a ‘digital version of a dog’ that fetches local, national and international news based on the reader’s interests. In a relatively short span of five months, NewsDog claims to have reached a milestone of seven million installs (across Android and iOS) and sees great traction for their Hindi offering. Here is their story.

Headquartered in Hong Kong, China, Hacker Interstellar consists of a 25-member team spread across India and China. Currently available in two main languages, English and Hindi, NewsDog aggregates news and stories from a collection of top publishers that it has partnered with. While Amit Tewari, Operations and Business Development of NewsDog, declined to disclose the exact number of publishers they have partnered with, the apps ‘subscription section’ and Google Play description hints that their publisher partners range in the thousands.

Based on personal interests, users can choose to follow specific sectors and even publishers to keep track of updates in the ‘For You’ section of the app. Users can also swipe right or left to read stories on niche sectors too. At 2.8MB in size on Android and 14.9MB on iOS, NewsDog claims to occupy the least space compared to its peers in the news aggregation space.

Amit also noted that NewsDog runs on algorithms and a recommendation engine to find most relevant news for users. It also sends timely push notifications in case of breaking news stories or other important updates.

Read offline news - NewsDog lets users download news and stories for offline reading. The goal is to help save on mobile data and continue reading even if one doesn’t have internet access.

Personalisation - Through the recommendation engine, NewsDog claims that it can effectively analyse user preferences from browsing and reading habits and then send push notifications of news and stories that are relevant to users.

Local news - While NewsDog provides access to national and international news, it considers its ability to cater to local news - by city - to be one of its USPs.

Social features- Users can subscribe to specific publishers based on their interest, bookmark stories and also search for news articles through the app. The app also includes social features such as the ability to share stories across different social media channels and an in-app comment section for readers to share views and opinions.

NewsDog is free to download and use for the end consumer. The company works on a revenue share model based on the readership and traffic that they provide to their publishing partners.

Out of all the categories on offer, NewsDog notes that 28 percent (2 million) of the users subscribe to news and articles related to business and technology. Entertainment and sports are popular too. They also see Hindi to be more popular than English at this stage.

In the month of July 2016, NewsDog was the highest ranked app on Google Play Store and Apple’s App Store as well. Amit noted that their growth has been fuelled by word of mouth, social media marketing and their affiliate network partnerships. To better cater to the Indian audience, who are on low end smartphones, NewsDog also has a ‘bare bones-lite version’ of its app. In the coming months, NewsDog aims to partner with more small and big media houses to boost growth. The startup is also looking to expand their team and is currently hiring for its editorial team.

Almost all media platforms have their own brand ethos and loyal fan base. News aggregators provide an interesting value proposition to both publishers and end consumers. Publishers get access to a new-found audience who may have otherwise not heard about them. End consumers get a bird-eye view of the best and most popular content across different platforms.

In the past few years, news aggregator apps have gained mainstream popularity abroad and in India. Flipboard, News Republic and Nuzzel are popular globally, while Inshorts, DailyHunt, Way2News and the latest entrant to the unicorn club Hike are popular in India.

While news aggregator apps are popular now, many experts believe that chatbots and messenger bots could be the future as they eliminate the need of installing an app. Many global publications already push their content through Telegram messenger and Facebook Messenger and it may only be a matter of time before news aggregators enter this sector too. Amit noted that the chatbot space does look promising and that NewsDog is working on releasing its own chatbot in the near future.

On first installing NewsDog users are asked to pick the language of their choice, followed by the sectors (entertainment, technology, sports, etc.) they prefer to read before finally being taken to the home screen. NewsDog has several USPs which add value for users, such as the ability to read news offline, subscribe to specific channels along with the in-app social features. The ability to comment within the app is also a great feature that has potential to drive user engagement.

You can download NewsDog here for Android or iOS