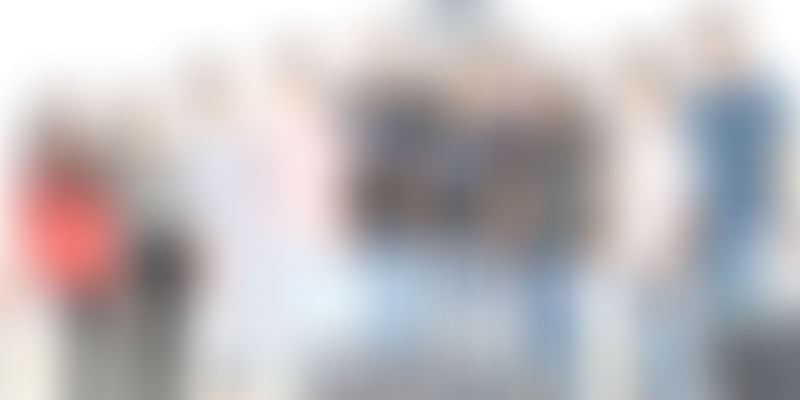 When Chandigarh-based Prashant Sharma (22) and Mohak Goyal (24) went to Gurgaon earlier this year, it was with the intention of selling a mobile application, Instaport (the “Uber for mini trucks”) to a company. What the duo ended up doing, instead, was staying back in the city and unearthing a business case for another app altogether.

What caught the youngsters' attention was all the people clicking pictures of the plates they were served at restaurants, or doing check-ins. They realised that customers are constantly engaging with the brands by doing indirect marketing of a specific brand in social media.

So Prashant and Mohak came up with the idea of Buck Apps this April, which enables merchants to analyse the number of footfalls and spends of customers, thereby helping them to reach out to their existing customer base. The users, on the other hand, can get rewards for their spending and visits at their favorite outlets. The app discovers nearby stores and incentivises the customers’ activities. Prashant, a final year student of Punjab Engineering College says,

If a customer visits a restaurant and uploads his bill on Bucks platform he/she will be enrolled to the loyalty programme of that restaurant and will be given an option to choose any one offer from three verticals (saloon, departmental store and clothing). That’s how cross promotion is done and it increases visibility for everyone.

The duo has bootstrapped Buck Apps with Rs five lakh, earned from their previous ventures, including Mohak's scholarship (a branch topper).

Prashant had always had a flair for entrepreneurship. He started his venture, UCUPS, in 2014 while in the second year of his college. An advertising company, it used to generate money by placing advertisements on disposable paper cups (used for chai, coffee, shakes etc.). However lack of supply chain management led Prashant to shut down the venture last April. Prashant recalls,

In a span of six months, I have generated revenue of Rs 15 lakh from 10 clients. We used to charge the clients for manufacturing and distribution cost of the cups. Then these cups with advertisement on them are sold to merchants at a much lower rate than that existing in the market. That’s how it was always a profitable business.

Later, in 2015, Prashant tried his hand at developing a product around on-demand food delivery. But, later, he realised that he was good at marketing and operation only and needed someone to handle the technology. At this juncture, he met Mohak, who is an alumnus of Punjab Engineering College, and was working on the project Instaport. Fascinated by the idea of the project, Prashant had joined hands with Mohak.

Buck App was launched in Chandigarh by the name of Instacart, as a loyalty solution for restaurants to rewards their customers according to their spending at a particular outlet. When they failed to gain significant traction in one month, Prashant and Mohak huddled again and finally settled on rewarding the customer for each visit.

And this time they went out to all the four verticals—food and drinks, salon, departmental stores and clothing—in the market. Then they upgraded the app, named it Buck Apps, and started giving merchants access to analytics and technology that would help boost their profits.

BuckApp charges Rs 4,000 per month for every outlet and currently has around 130 outlets in Chandigarh, Panchkula, Mohali and Ludhiana using the app. Of that number, 23 are paid customers, while the rest are on a three-month trial. The startup is growing by 40 percent month on month.

BuckApp has witnessed 3,000 downloads in three months and received bills worth Rs 15 lakh with an average ticket size of Rs 1,000. Around 50 to 60 bills are added on daily basis from various outlets.

The startup has a team of 12 people, and going forward, it will set up operations in Delhi, Gurgaon and Noida. It expects to witness 400-500 downloads per day.

The offline retail market in India is set to reach $1 trillion by 2020. A report by Ernst & Young says the current market size is close to $600 billion with less than 10 percent of organised retailing and 90 percent of them are semi-organised.

Much like Buck Apps is Gurgaon-based Crown-it app, which lets customers collect crowns from local businesses in the form of cashback, to redeem goodies like online shopping, movie tickets and phone talk time. With Gurgaon-based Magicpin, students can post selfies taken in a local shop and submit a photo of the bill on the app. After which, rewards points reflect on the app, which later can be redeemed in small retail business.