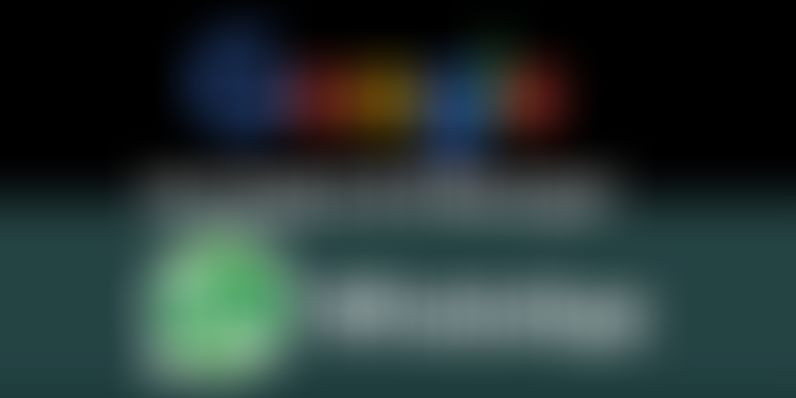 Mobile service providers (MSPs) are not happy about losing ground to over-the-top (OTT) messaging apps like LINE, WhatsApp and Facebook Messenger in the text-based communication space. In fact, they’re so fed up that they’re willing to rally under one flag, ally with Google, and go to war. And so on February 22nd 2016, Google announced that they signed with the GSMA and MSPs around the world to develop an RCS (rich communication service) that operates across all Android devices over different networks.

As a mobile cloud service provider, we couldn’t be more excited to see the unveiling of Google’s RCS app and see how cloud can integrate with it. From our standpoint, this new app will mark the beginning of the end for OTT messenger apps.

Do you remember when mobile service providers ruled text-based communications?

Yes, I’m talking about the days when the Motorola Razr and the LG Chocolate reigned supreme. Back then, we didn’t have to fuss over whether or not Sally was on WhatsApp, LINE or kik. No, we just sent a text message and knew it got to the intended recipient.

Then along came BBM, WhatsApp and LINE, offering the emoticons we so loved from MSN and Yahoo Messenger. A new era of text-based communications had been born.

Before we knew it, SMS was playing second fiddle to OTT, and with the availability of Wi-Fi everywhere, ‘unlimited texting’ lost a lot of appeal for mobile consumers. The loss of revenue due to SMS falling out of favour with mobile users is quite visible, with MSPs expected to take in $96.7 billion in global SMS revenue by 2018, down from $120 billion in 2013.MSPs face a dilemma as their SMS services are monetised but declining in service numbers; while OTT has yet to find an effective monetisation strategy, but is seeing an uptick in users.

SMS and the Origins of OTT

OTT apps have their own set of problems. Users are held hostage as they have to download at least 2-3 OTT messenger apps just to keep in touch with all their friends.

And because none of the OTT options succeeded in dominating the messenger app domain (like Facebook dominated social media), we’re left with a host of different messenger apps that have small concentrated user bases across a number of different markets. Here’s a quick list: WhatsApp, WeChat, Facebook Messenger, Snapchat, LINE, Hangouts, kik, Kakao, BBM, QQ and Skype (how many of these do you have installed on your phone?).

Essentially, there is now a web of messaging apps that have no interconnectivity, which has resulted in the mess that is exhibit A.

We all know how annoying it is to maintain conversations on three different apps, but what can be done when one friend has KakaoTalk and the other only has WeChat?

This is why RCS messengers will win the war.

Simply put, RCS will dramatically beef up your existing SMS service. This means your SMS service (now RCS) will mirror your OTT messenger service, without the need to download 3-4 other apps to make sure you have the right app for all of your contacts.

Early signs are mixed, but here’s a positive example: T-Mobile, reported 5.5 million subscribers on their RCS messenger, Advanced Messenger, just seven months after its launch. Features included real-time typing, message delivery receipts and file sharing, all available on the app straight out of the box.

Keep in mind the growth numbers may not be as spectacular as kik for example (2 million in 2 months), but given that the service was exclusive to T-Mobile customers, it is impressive nonetheless.

On the negative side of things, Joyn (an RCS app by Jibe acquired by Google in September 2015), has failed to pick up any traction whatsoever. The lack of traction is often blamed on the inability of MSPs to cooperate on a universal RCS app. It didn’t help that Joyn was generally seen as being unattractive to use.

For MSPs, an RCS solution fits the bill perfectly as they capture the appeal of OTT apps while increasing the appeal of SMS once again. With Google on-board, you can bet that an RCS app will be fully loaded and ready to compete with OTT at a moment’s notice.

Consider buying a new phone and signing a mobile contract. Your MSP will leverage a new and improved RCS service (instead of SMS), and if they tie in a natural complement like Cloudike, where you can store and access all the media you share over RCS, you’d be getting the premium features of LINE and Dropbox included in your monthly plan.

By using white-label personal cloud services, MSPs can maintain their branding across all services offered while ensuring that the addition on the service is affordable and easy. With monetisation strategies already in place, an RCS app no doubt enhances existing cloud services.

Can you imagine MSPs just obliterating OTT ecosystems with pre-installed Google-supported apps that do everything OTT messengers do and more?

So what does Google’s RCS app have to do in order to bury the likes of LINE, WhatsApp and BBM in the tomb of internet relics currently occupied by the likes of Myspace, Angelfire and Ask Jeeves?

Let’s look at what Google has up its sleeve:

Across these four apps, Google has a lot of firepower. None has picked up significant traction, but packaged as a single service, they present a very interesting value proposition.

We see RCS replacing OTT messengers with a ubiquitous interoperable messaging service offered by MSPs, similar to how email is today.

The personal cloud will be essential in keeping all the shared photos and videos intact and accessible long after they’re exchanged. White-label personal cloud platforms, such as Cloudike, will become increasingly relevant as MSPs realise the power of providing a home to their customers' personal data.

(Max Azarov co-founder of Cloudike, also contributed to this story )