That’s what twenty-first century feminism is about: the idea that when everybody is equal, we are all more free- President Obama on his 55th birthday 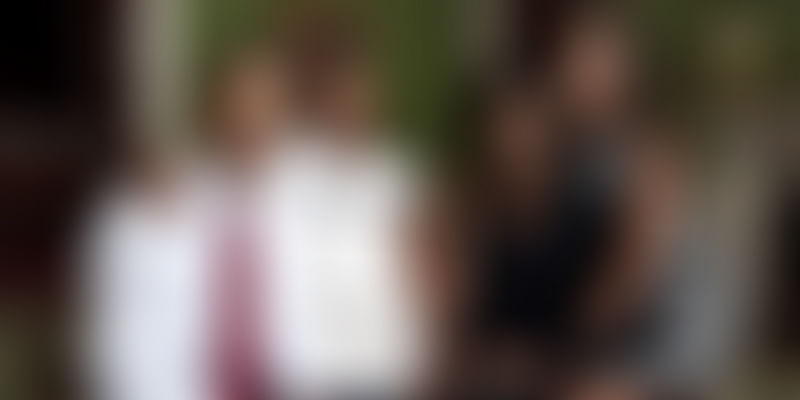 On his 55th birthday, the 44th President of the United States, Barack Obama delivered a powerful message to the world, especially to young men and women, through his essay titled ‘This is what a Feminist looks like’ published on Glamour.

The essay touches upon the primary challenges women face across the globe because of their gender, and what the government, society, women and, most importantly, men can do to change the equation. Here are some key pointers:

1) Recognise and value: Fathers need to make their children a priority. They need to spend more time with them. One of the perks of being the Head of the State has been the time he has gotten to spend with his daughters and see them grow into lovely young women. In his days as a senator, much of his time was spent in commuting and he did not get enough time with his family.

It is essential to be supportive of your partner’s efforts and recognise and value the time and effort your partner puts into the home and children, especially when you are unable to help. Prior to becoming President, he was unable to share the load at home equally with his wife, but he has always recognised her contribution and the challenges she faced single handedly.

2) Celebrate the achievements: Women are making their presence felt in all walks of life, they are not confined to a single sector, industry or job, and that is something that we need to remember and celebrate.

“Gone are the days when you needed a husband to get a credit card. In fact, more women than ever, married or single, are financially independent,” he writes.

He feels that women have come a long way and it is an achievement we should not downplay, especially as America may very soon have a female President, and that is history in the making and a big milestone for gender equality.

3) New policies are required: President Obama in his essay hinted that policies need to be changed and created to make things better for women and girls around the world, especially policies such as equal pay for equal work and policies that protect women’s reproductive rights.

For governments and leaders across the world, this is a key message. With Hilary Clinton likely to become the first woman President of the USA and women leaders at the helm in Germany and the UK, we could perhaps expect these policies to be in place sooner rather than later.

4) Shed stereotypes: Stereotypes are mostly transmitted through culture, and within all cultures, different expectations of women and men cause a divide. It is time to blur the lines and change the expectations we have of women.

“In fact, gender stereotypes affect all of us, regardless of our gender, gender identity, or sexual orientation,” writes President Obama.

Obama grew up around women, his grandmother and mother. The child of a single mother, he was cognizant of the challenges single mothers face. His mother spent a major part of her career empowering women, and he saw his grandmother’s career rise only to hit a glass ceiling. Today, he sees his daughters being vulnerable to stereotypes.

5) Changing ourselves: Like charity begins at home, change begins from oneself. That is a key message that the President delivered. He pitched for a change in attitude as citizens, as parents and as men.

A lot of issues that have been the hotbed for discussions, like bringing up boys and girls differently, telling boys to be strong and not cry and telling girls to be nice, loving and caring, and questioning women for their sexuality and their choices, found a place in his essay.

The President also pointed out how women were judged based on success, class, colour, achievements and marital status in schools, at workplaces, in the street, in public places and at home, and how important it was to change this situation.

6) Teach your girls to stand up for what they believe in: Parents have the power to change the rules of gender disparity. If they can teach their children that being assertive and shedding tears has got nothing to do with gender roles, then we can hope for a place where there are no stereotypes based on gender.

Citing his own example and his wife Michelle’s, he pointed out that he and his wife have taught their daughters to stand up and speak up when they feel they are being unfairly judged because of their race or gender, or being shown double standards.

7) Feminst fathers: His call to men to be the change, to show the change by fighting sexism, highlights how the responsibility for change is on the shoulders of men. As fathers, boyfriends and partners, it is their responsibility to make relationships more equal.

As he aptly put it as a father- men need to be feminists too. “And yes, it’s important that their dad is a feminist, because now that’s what they expect of all men.”

The essay could not have come at a better time, when Hilary Clinton ‘trumps’ racism, and questions are aired that doubt her capabilities to serve as President, at a time when world leaders like President Obama and Justin Trudeau wear the badge of feminism.

Perhaps it is a good time to be a woman, and we hope things will only get better from here.