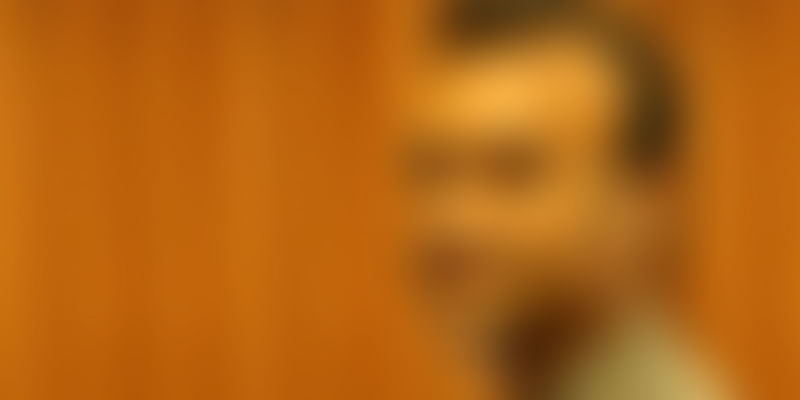 Karnataka’s new Information Technology Minister Priyank Kharge is a man on a mission. In the few weeks since he took charge of the portfolio, he has taken several steps to ensure that the startup landscape is buzzing, and the changes are already evident.

For starters, within a week of his announcing version 2.0 of the state’s startup policy, the Karnataka Startup Cell witnessed a record 600 registrations, compared to just 40 registrations that it received in the last two-and-a-half years.

In an exclusive interview with YourStory, he said,

The government seemed inaccessible and we want to change that perception. We will ensure that the ecosystem is abuzz with activity. With that in mind, we opened up the system from our side with the startup cell. On July 25, we introduced a booster kit in which we have clearly stated what benefits startups would get once they register with us. We have also showcased our abilities, the help that the cell can provide, the partners who are on board and what kind of mentorship one can expect.

Within a week of introducing the ‘booster kit’, as the startup-savvy Kharge terms the initiative, the cell received the 600 registrations, and applications are still pouring in at www.startup.karnataka.gov.in. Kharge has already indicated that each workable idea would receive up to Rs 50 lakh.

“This is India’s first multi-sectoral startup fund for which Rs 400 crore has been set aside. Startups that get government funding need not necessarily sit at the state-sponsored incubation centres — they can opt to work from anywhere, including from the comfort of their homes. This is a first. We are also not asking for any equity! No state government has provided this,” says the young minister enthusiastically.

“We have opened up the whole sector. There are many firsts. What we have done in a short time of five weeks cannot even compare with what the Centre or other states have done for startups. Karnataka is way ahead on several initiatives. We are taking startups everywhere — all across Karnataka. We have startups that have applied for funds in every conceivable sector — from health to education, from tourism to agriculture, and we also have earmarked separate funds for women entrepreneurs and those from the underprivileged classes,’’ Kharge says.

The Karnataka Startup Cell is targeting to support 20,000 startups in next 3 years. Of these 6,000 are expected to be product startups. According to him, there is a lot of action happening in Karnataka, which has always been the pioneer in IT, and Bengaluru has established itself as the startup capital of the country.

My mission is to amplify the good work done so far by being hands-on. I am making a conscious effort to reinforce Bengaluru as a startup capital and help it break into the top 10 globally.

Bengaluru is the only Indian city to be ranked amongst the best 15 startup ecosystems across the world.

In a major fillip to the sector, the department is also expecting to raise Rs 2,000 crore over the next two years. In this scheme of things, the Central Government is nowhere in the picture as the State has not asked for Central funding. “If they allocate any funds for startups, it is good and will be the icing on the cake. But we have no plans to approach them as I am trying to raise money in small but creative ways,’’ Kharge said.

Kharge has written to all other Karnataka ministers to allocate Rs 1.5 crore to Rs 2 crore for startups that will help their departments with technology. To allay their fears and as an assurance, he says that as State Tourism minister he has set aside Rs 2.5 crore to fund startups in this sector. He has already received a good response from ministers,several of whom were willing to set aside funds as the sum requested is not huge. This will have an amazing social effect on startups in the State, he added.

The Karnataka government has also partnered with top companies to provide startups with storage and broadband facilities at very low costs.

We are not doling out any funds. It is all to do with eligibility and all of it is on the website. There have to be approvals, from the idea to the proof-of-concept, which we will validate before funding any startup. Apart from helping (startups) with papers, registration, legal and accounting services, we also help them with data storage which has become very expensive.

For cloud services, the government has partnered with IBM, Digital Ocean, Amazon Web Services, Microsoft Bizspark, and KEONICS. For providing virtual telephony and internet services, mGage, Knowlarity, Exotel, Ozonetel, BSNL, Vodafone, and Airtel are partnering with the cell. For debugging, testing and other software tools, CanvasFlip, FlexingIT, Headspin, and Erospike have come on board, according to Kharge.

Payment gateways such as Citrus, Razorpay, Instamojo, and ProfitBooks are also partners in the initiative. All these services will be available as a special package and at the lowest cost to the startups in Karnataka.

If the trials and pilots are successful, Kharge says the government itself would be interested in buying what these startups have to offer. He points out,

“Governments are the largest consumers, and once Karnataka buys these products or adopts these innovations, other state governments will also do the same. These startups will have a ready clientele by the time they are a full-fledged company. Nowhere else would one find such facilities in other states nor has the Centre come up with any such programmes.

Kharge promises that the upcoming edition of ITbiz.com in late November will be bigger, better and include many more sectors than previous years. The event, to be held at the sprawling Bengaluru Palace grounds, will see a lot of diverse offerings as the government has included IT, ITeS, BT, nano technology, pure sciences, electronic manufacturing, semi- conductors, and many other sectors. “All this will benefit the state as we expect a lot of investment to come in for different sectors and create job opportunities for the youth with skills here,’’ Kharge promises.