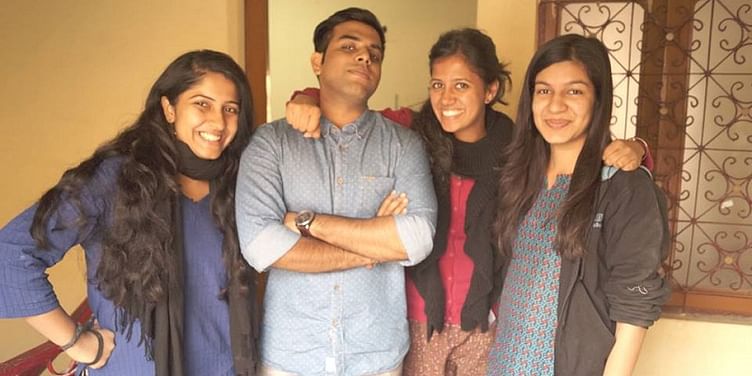 Sangeeta had grown up in the picturesque mountains of Uttarakhand, on the banks of the Bhagirathi River. But her childhood was sullied by the prevailing taboo against educating girls in her community, with girls usually being forced to drop out of school as early as by fifth grade. The mere thought of discontinuing her education made Sangeeta feel as if someone was trying to clip her wings off. Towards the end of fifth grade, Sangeeta’s chances of continuing with her school seemed dim. Her parents had no money and could not finance her higher studies, but the determined young girl decided to take matters into her own hands. She started selling fruits and vegetables at the local market to finance her education and managed to study till the eighth grade. As she narrates her story there is a glint of perseverance in her eyes, which shows her dream lives on in her desire for quality education for her children.

It is this perseverance that had led Sangeeta to join Khwaab with enthusiasm and encourage other women like her, thereby inspiring them to become independent and in-charge of their lives. Delhi-based Khwaab, a skill development centre, provides training on livelihood skills to underprivileged women from the Mandawali community living in urban slums. Khwaab was founded with the belief in the power of a skilled and financially independent mother to secure her child’s education and improve her family’s standard of living. The centre identifies avenues where these women can market their products and add to their household income, which can then be directed towards their child’s education and family welfare. It also imparts literacy training to the women in the form of English, math and computer basics and also inculcates in them an awareness of their rights.

After joining Khwaab, Sangeeta learnt tailoring. She progressed from a person who had never held a needle to someone who has aced the skill of making churidars, mufflers, and other accessories. She is determination personified and a role model to her colleagues.

The beginning of a dream

Khwaab Welfare Trust was started under ‘Be the Change’ project by four ‘Teach for India’ fellows ‑ V. Shruti, Chanda Jain, Yash Warrier and Pooja Chopra ‑ on August 11, 2014, and is currently in its second year of operations. Teach for India is an NGO that is working to solve the problem of educational inequity in India.

Pooja explains the genesis of Khwaab,

While on a community visit we saw one of our students running around in a beautiful peach coloured salwar kameez. When we asked the mother where she bought it from she said, ‘Yeh tho maine banaya hai’ (I have made this). We walked further and met more mothers. They told us about their frustrations of being bound down to the four walls, being dependent on their husbands financially and not being able to contribute to their child’s education. As we moved from house to house, we realised there lay huge potential hidden behind those doors that needed an opportunity to break free. We connected the dots and came up with an idea of making these mothers financially independent by providing them with vocational skills. These skills would lead to employability and help them channelise their earnings towards their child’s education.

Most of the women in the community were already semi-skilled in the art of tailoring. However, they had not directed their abilities to productive use because of the patriarchal structure of the society around them.

The training and the transformation

The Khwaab skill development centre started with providing tailoring training with the help of two community trainers. The women underwent six months of basic tailoring training after which they moved into using the skills to create products. During the training of the first batch of women, the Khwaab team realised the need for training the women in a variety of skills to ensure year-round production of different seasonal and festive products. The Khwaab women are currently trained in five skills – tailoring, knitting, candle making, dreamcatchers and Shibori. Tailoring and Shibori brings year-long demand, whereas knitting and candle making help in bringing seasonal demand. Dreamcatchers is a niche market, which they hope will catch on through online marketing. They have trained around 25 women till now. The funds have come in from crowdfunding and individual donors. The women have started earning by catering to orders by organisations like Shiv Nadar Foundation and Teach for India. They also set up stalls at events and exhibitions and have also started catering to local tailoring orders. The Khwaab team hopes to make an impact in the lives of more women.The transformation in the lives of these women is obvious from stories like Sunita’s. After a long break, she decided to pursue her education. She wants to be a role model for her kids and to set an example for other women in the community. Not only was she able to pass her exams, she also earned an impressive 75 percent in her class 12 exams!