Meet Neeti Macker, the woman who brought modular kitchens to Indian shores in 1998 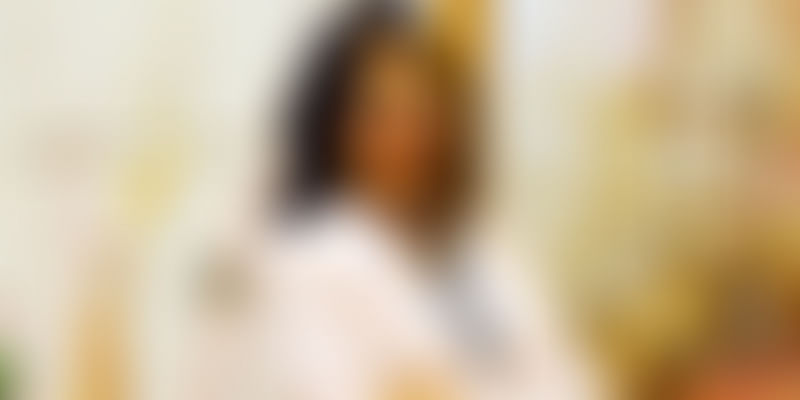 On the outside, Neeti Macker’s mission was to infuse some life and love into the room that most people, especially women back then, spent most part of their day in. On the inside, though – she was on a quest to go where no man or woman had before. The result was a voyage across the world, intensive research, and a grand leap of faith into unknown waters to bring modular kitchens in India for the very first time.

The makings of Neeti Macker

42-year-old Neeti belonged to a family of educationists, and business was never on the cards. She completed her Bachelors and Masters in Business Management from Delhi, and geared up for her stint with the corporate world, and later, taught at a B-school. Meanwhile, her husband was into manufacturing of dish-washing racks and had been a preferred supplier for almost the entire hospitality industry.Some architects and designers had approached them to customise shelves and pull out baskets for kitchens and wardrobes for their clients. “This is when I took time off, traveled a bit, and studied the industry, only to realise the nascent stage it was in back home. While the living room was getting all the attention, the kitchen, which according to me is one of the most important rooms of any household, was the most neglected. I loved the idea and the way it was organised in the West, especially in Europe.”

She took it up as a challenge, to give women their due credit and help create better working conditions for them inside their home. She wanted to make wonderful kitchens for women, as they would spend a major part of our lives in the kitchen, especially in India. “Our lives actually revolve around food. Most of us begin our day with a cup of tea and end with our last meal for the day or may be a glass of milk, yet the space and conditions in which all these are stored and prepared are really not organised and hygienic,” she says.

What also caught Neeti’s fancy was the novelty of the strides she was about to take. “I was amongst those very few women who ventured into this arena then.”

The partners in real life doubled up as partners in business, and thus began the journey of ‘The Homemakers’- a brand that specialised in modular kitchens, and became one of the first few companies to have taken on this space in India, way back in 1998. Most of their raw material and shutter finishes were sourced from Europe, which is something they continue to do today.

With power comes responsibility, and with innovation, comes scepticism. Their consumers as well as the carpenters were wary of the entire concept. They had to organise a few meet-ups for them as well as the interior designers to understand the concept of new-age hardware, such as channels and hinges, and how modular kitchens were in fact more durable, practical and functional than the traditional ones. “We also regularly participated at trade shows and invited architects and designers to our factory to explain the entire process,” she says.

Over the last 18 years, their business has thrived not only by associating with individual clients, but also by taking larger real-estate projects. We have signed exclusivity online selling contracts with a few European brands of repute, which to me has been our biggest success.”

With her husband, who also filled the shoes of a mentor at the early stages of her career, there weren’t any ideological blocks on the home front for Neeti. “But a woman certainly needs to face a few hurdles, especially from the outside world, and also needs to be prepared to manage both home and work fronts with equal efficiency,”she says.

A modular business coming together

This year, they are in an aggressive scale-up mode. “We are in the process of formulating strategies to introduce our kitchens in kits forms. These kits would include carcasses and shutters in varied finishes in standard sizes, which would be available at leading hardware stores in various parts of the country.”

To begin with, they will be launching them in north India. These carcasses would come with predrilled holes to match all standard European hardware, and would be packed individually. Having been a brick-and-mortar company all these years, they are finally ready to launch an e-commerce portal, under the name Kitsforhomes.com. The portal will be pushed through social media marketing and recommendations from the designer community. The portal will have house kitchens, wardrobes, bathroom vanities, entertainment units, and crockery units. “We would, in fact, be the first and only e-commerce portal to sell even components online. Our components would include carcasses, shutters, hardware, accessories, built-in appliances, and laminated floorings, to begin with,” says Neeti.

With their existing model, they have been clocking Rs 8-10 crores in revenues over the past three years, on an average.

With so many counterparts in this space locally, how did they sustain their position, and what strategies did they employ to stay ahead? “We have never given in to pressures of the market, where most local counterparts adopt unfair means to get business or even many a times fail to deliver what they promise. But when your objective is to provide customer delight, everything else seems to fall in place, is what I firmly believe in,” Neeti concludes.