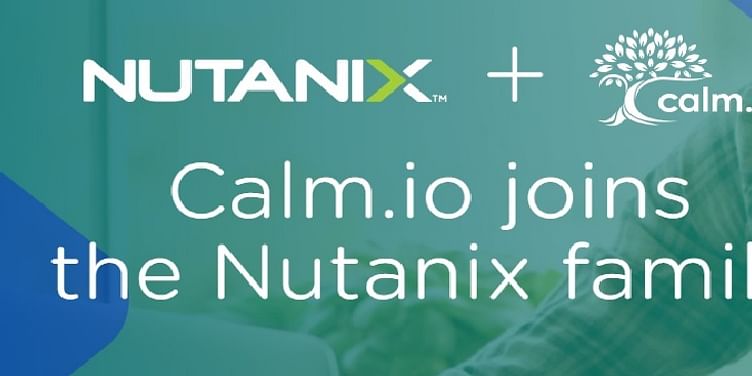 Nutanix, enterprise cloud computing company, has acquired automation startup Calm.io for an undisclosed amount. The company also announced its acquisition of PernixData, which had raised $62 million in the last three rounds. Both the acquisitions will help Nutanix to strengthen its enterprise cloud platform.

In an official blogpost, Aditya Sood, Founder of Calm.io, announced that the company will be merged with Nutanix. Reportedly, Calm.io deal was the one referred to in a Nutanix S1 amended filing, which involved 528,517 shares and $1.2 million in cash.

Aditya in the post added, “We at Calm.io have always believed in Schumpeterian creative destruction. We decided to disrupt ourselves by tackling application-centric, dependency-aware automation. With this second arc, we tackled cloud abstraction and DevOps in one fell swoop, while enabling functionality for the modern enterprise.”

Calm.io built a platform which helped out DevOps in the age of containers, clouds and microservices. Headquartered in San-Francisco, the company raised $4 million in 2013 and an undisclosed amount earlier this year.

Commenting on how the deal finally closed, Aditya wrote,

I first met Dheeraj and Sunil in the summer of 2015. Right from that first meeting the sparks of shared opinions were apparent. Over nine months of slow dance and courtship, the flame grew till we finally decided to tie the knot.

Post-acquisition, both the companies plan to combine Nutanix’s design-first vision and Calm.io’s application-centric approach and bring application mobility across hybrid clouds. Also, Nutanix in a statement said that with these two acquisitions, it will foray into new software stacks for storage-class memory systems as well as enhance its Prism management software.

There is no denying that this is the year of consolidations and while there has been a lack of Indian SMEs and enterprises closing acquisition deals with startups, this might set a new trend in the ecosystem.