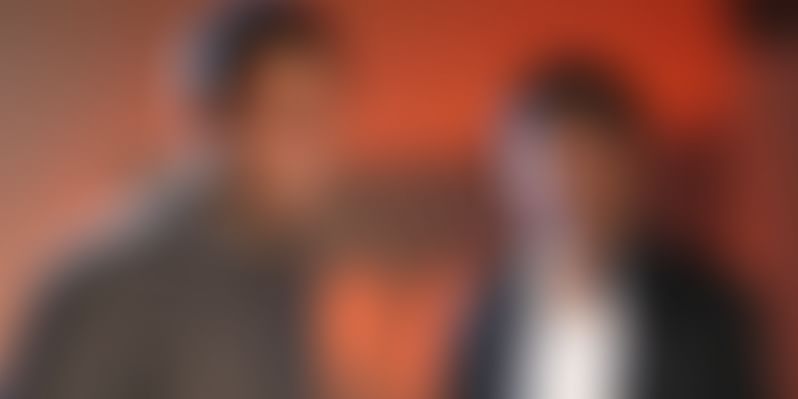 In 2012, Varun Todi and his cousin Harshvardhan Khemani were running their own ad agency in Hyderabad when an idea came to them. Harsh’s friend wanted to surprise her boyfriend coming from the US, and she requested him to help her. Harsh positioned his friends every few kilometres from the airport to the city, holding huge cards or garlands for welcome. It was a great surprise, one that everyone involved enjoyed. After that, they started approaching Harsh whenever they wanted to surprise their loved ones.

Harsh(31) and Varun(30), both of whom had wanted to start up, considered taking this up professionally. “We were making decent money at the ad agency, but we enjoyed the idea of surprising someone. We started Oyehappy as an experiment, and later shut down the ad agency as we were doing pretty good business,” says Varun.

Oyehappy was launched in August 2014. “Things started picking up through word of mouth, as we provide products and services which India has rarely seen before, like renting a hoarding to wish your loved one on his/her birthday; a message on the screen during a movie interval or on the billboard during a cricket match; or sending a huge teddy bear for a bear hug,” Varun adds.

The prices of Oyehappy’s customisable products and services begin at Rs 300 and can even go up to Rs 5 lakh if you opt for something extravagant like renting a private jet for a day. You can have a celebrity at the door wishing someone, or a video message from them on the big day.

Varun says they wanted to get people to enjoy an experience without spending a bomb, like getting to play with puppies in a private kennel for Rs 1200 an entire hour. For an ‘organic tea experience’ an entire café is booked, and you get to taste Mexican organic tea, and have as many desserts as possible — all for Rs 700.

Oye Happy began with Rs 30 lakh from family and friends, along with Harsh and Varun’s savings. They got about three orders per day in the first six months; now they have 20–25 orders per day. Varun says that the orders increased without much investment in marketing as the nature of products and experiences was diversified. “Currently, average ticket size for gifts from tier 2 cities is more than tier 1’s, as the former has fewer opportunities to do something new,” he adds.

Oyehappy is operational in 200 cities across the country, and has partners in hospitality, aviation, talent management, as well as media houses and sports and celebrity management companies. Their customers are mostly professionals in the age group of 24–35.

Breaking the perception barrier of gifting, however, was hard. “People are used to the idea of a gifting company as one with glasses and cakes, or dinners and trips. But now we have a 35 percent referral rate,” Varun says.

Oyehappy has a 17-member team and became profitable in February. The average ticket size for a gift is Rs 1950 and for an experience is Rs 7500. From next month onwards, they are looking to target 40–50 daily orders. Varun claims that they are self-sufficient and not looking for funding.

One of Oyehappy’s unique experiences is ‘social surprise’, where you can sponsor a meal for children through an NGO on someone’s behalf, or sponsor the expenses of an elderly person at an old age home. You can also have a tree planted, or a child’s education sponsored on someone’s behalf.

Also, there are virtual surprises where Oyehappy creates a website on which your friends and family can see you [by invitation], and can give you virtual kisses and hugs. “Such different genres of gifts and experiences attract different kinds of audiences,” Varun says.

Oyehappy’s CSR — an initiative called ‘community surprises responsibility’ — involved getting Facebook donors to give Christmas gifts to children in a school. Now they are running a campaign called ‘A letter to the Indian Army’, where they provide a platform to write letters to Indian army men.

Almost 90 percent of Oyehappy’s orders are online. Although scalability is a major challenge, competition is not huge, Varun says. “Even internationally, very few companies specialise in products and experiences. Although some companies in India are trying to do this, they provide only four or five experiences.”

Four-year-old Giftxoxo has a business model vaguely similar to Oyehappy’s. The Bengaluru-based company gifts experiences not just to individuals and groups of friends, but to corporates too. They claim to have 25 lakh customers across the globe.

Although only $400 million of the $30 billion gifting industry is online in India, Oyehappy’s unique model gives them the advantage of an early entry in the market. With growing urbanisation, the industry might soon see more of such disruptions in the space, and we can’t wait for those surprises!