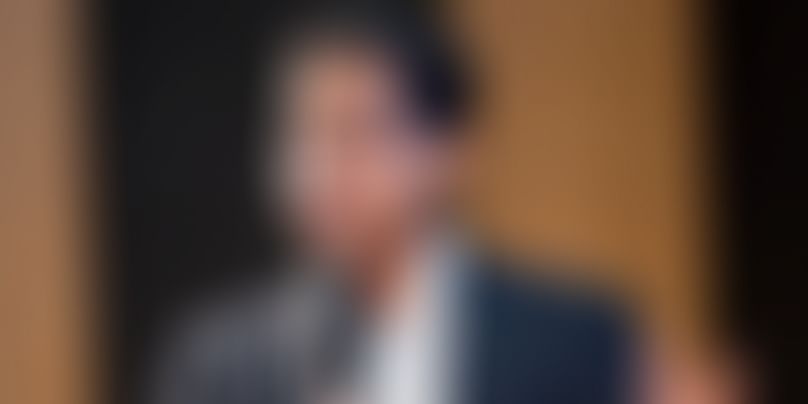 One often wonders why India and Europe have so little entrepreneurial exchange. There is the controversial historical connection with the UK, there are language barriers, there are bureaucratic challenges. But there is also so much unmatched talent and capital, that missing the connection seems too obviously a waste of opportunities. Your Story has already introduced Startup Europe India Network (SEU-IN), the platform to connect the entrepreneurial ecosystems in the two regions. Here, Founder Praveen Paranjothi gives his insight on the reasons that have led to the launch of the project.

Read: The SEU-IN network intends to connect the Indian and European startup ecosystems

Before moving to Germany to do his Masters in engineering, he had never laid foot out of Vellore. Yet, in the last thirteen years, he has studied and worked across Europe more than an average European citizen would. Now, he invests in VC funds on behalf of the European Investment Fund, the largest in the continent, and in January 2016 he launched SEU-IN.

He says, “Even after being in Europe for more than a decade, I do not know many entrepreneurs from India.” Moreover, he points out that Europe invests mainly within its borders, but beyond that it has ventured almost exclusively into the US and China. Very little activity has taken place in India.

Praveen seized the opportunity. He has robust experience in the European investment sector, a broad network of contacts, and strong links with the Indian startup scene. The question, then, is why things are getting started only now and not earlier.

Praveen replies that there are several reasons which concern both India and Europe. “Firstly, for the first time since I’ve acquired political awareness, there’s a stable government in India. Secondly, in the last decade, India has shifted from low-cost service provider to actual product builder. This is a mental shift that has led to the likes of Flipkart and Snapdeal, has attracted big investments, and has motivated a lot of tech companies to emerge. Thirdly, the Indian middle class’ availability of disposable money has increased exponentially.” Likewise, he continues,

Europe has established itself. The maturity of the European market has been quite steady and it’s been good returns from European VC funds with good exits.

Yet, the numerous success cases in Europe, Praveen says, “have somehow escaped the interest of Indian talent.”

Although there is no specific data about the number of Indian entrepreneurs in Europe, the diaspora from the subcontinent in Europe does not reach 2 million people, whereas in the US, it is above 3 million. “A study shows that more than 10% of the startups in the Bay Area have a founder of Indian origin and India sends an average of 100,000 students to the US every year. That’s a huge tech talent! So it comes as no surprise that there are more Sundar Pichais and Satya Nadellas in America than in Europe,” says Praveen.

And yet, he continues,

The EU has a population of 507 million people and a GDP of $14 trillion; while India has a $1.8 trillion GDP with a population of 1.2 billion and a huge pool of tech talent. There’s huge untapped potential here!

SEU-IN is building a network of supporters from different sectors which range from finance to legal and tech. “Beyond that, we are also including incubators, accelerators, investors and global investors such as SparkLabs Global Ventures,” adds Praveen.

SEU-IN individuates the main innovative hubs in the two regions and nominates ambassadors who serve as bridges between the local ecosystem and SEU-IN. At the moment, they have ambassadors in London, Berlin, Paris, Stockholm and Benelux and will shortly nominate two more in Delhi and Bengaluru.

The interesting point of having several bases is that London has always been the main entry point into Europe for many Indian entrepreneurs. In the aftermath of the UK leaving the EU, moving from the island to the continent may not be so easy any more and having hubs in the continental area is a great strong point.

“Our three key areas,” continues Praveen, “are community, capital and data. For this reason, we’re bringing on the platform not only startups but also incubators, accelerators, investors and corporates. Secondly, we want to focus on accelerating growth and be a one-stop shop for companies that want to expand across the two regions. And finally, we want to keep track of and collect all the relevant data for the market.”

The main intuition of the SEU-IN team was that building a platform to promote global growth cannot be fully effective if the ecosystems it involves are not connected. Praveen explains,

If you look at many start-ups in Europe, they think global from a very early stage but the ecosystem is fragmented. There is one in Berlin, one in London, one in Dublin and so on but they are disconnected. Ecosystems have largely remained local, so we want to tie them not only between Europe and India but also within Europe and within India. In our view, the ecosystem too needs to go global.

Recently, Europe and India opened up the digitalisation of their economies. Although it is a challenging policy to implement and will require some time, Praveen hopes that it will be mutually beneficial for both the regions.

He has good reasons for being optimistic. SEU-IN has been included in the European Agenda for action 2020 as the reference network between Europe and India. In October, it is going to launch SEIS, the EU-India Startup Summit, in Bengaluru where investors, corporates, policy makers and prominent entrepreneurs who have successfully expanded across Europe and India (such as TrueCaller and BlaBlaCar) will be present to speak about existing challenges and opportunities in the two regions.

In October, SEU-IN will tour Delhi and Bengaluru with a delegation of startups, corporates, VCs, Policy makers from Europe, concluding with an event open to the public in Bengaluru. This will be the start of a relationship which has a lot to build. Hopefully, however, we will soon see emerging a new corridor of interaction between India and Europe which has for too long remained unexplored.

Find here the link to Visit Startup India, the European delegation to India