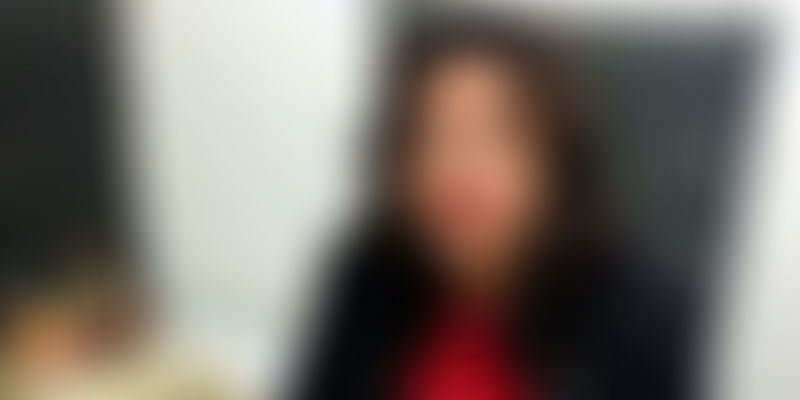 Rashmmi Khetrapal is many things. Strikingly gregarious at first look – she’s never afraid to make the first move, a piece of advice she gives earnestly to all other women. She’s an eloquent and passionate storyteller – two qualities that are invaluable in doing justice to her heartbreakingly spectacular tale, which she never hesitates to narrate with candour and resilience. She’s a chartered accountant who blazed several trails for other professionals in the fraternity, men and women alike. She’s a serial entrepreneur, with increasingly great ideas and she does all this raising her boys, aged 15 and 11.

What she isn’t is someone who would have faded away into oblivion in an alien country, just to escape the atrocities of a trusted man, someone who cowers under societal pressure,vafraid to walk away from something smothering and later, detrimental to her existence.

With a pure-blood Dilli upbringing, Rashmmi Khetrapal is a B.Com (Hons) grad from Delhi University, and a certified CA. With an athletic bent, she is also a State gold medallist in Haryana, in athletics. Her career first hit the road at Walker, Chandiok and Company, but after marriage, she found herself cowering under the overwhelming burden of responsibilities. “I had to look after the house, husband and my newborn son, which forced me to a sabbatical for period of one year. Going back to work got nerve-racking, and also living in a nuclear family, it is not easy to leave your small child back at home. Initially I decided to sacrifice my career to be a stay-at-home mom,” she reminisces. But, her father was the voice of hope and reason, asking her to hold on to her dreams.

Her return to work was synonymous with her first leap into the world of entrepreneurship – when she decided to open her own CA firm, with persistent nudging from her father.

A fiery decade-and-a-half stint led her to be elected as the first Chairperson of Gurgaon Branch of NIRC of ICAI in 2009-2010 and later, the first woman to be elected to the NIRC council of ICAI in 2010-13. With this overflowing plate, the horizon of a break was never in sight; but she decided to take this one with her kids – and it changed everything.

“As CAs already have a hectic schedule, there are deadlines and not enough holidays, and one fine day being tired of my daily routine I decided to pack my bags and go on a family vacation. That evening I was discussing my life journey with my kids, when I realised that in today’s fast moving world, travelling even small distances is a giant problem for CAs. And, secondly, there are not enough clients for CAs. My elder son, Nilesh, then came up with the idea of digitising client interactions, by introducing an online platform for all white-collar professionals,” says Rashmmi.

That night she got no sleep. As far as her heart and mind were concerned, Visheshagya was as real as anything else. A digital platform where clients can schedule appointments, seek advice through audio/video problem for all consultation and even pay conveniently through a secure payment gateway, Visheshagya was to offer multiple services in the comfort of both parties’ offices, homes and even when one is on the go.

Another problem it was to tackle is the very discovery of the right expert for you. Visheshagya provides an ever-increasing list of all the certified CAs, company secretaries, certified management accountants and lawyers, with their complete credentials, so that the clients can make an informed choice. Through all this, Rashmmi was secretly doing her bit towards a cause extremely close to her heart – helping women re-start work after their sabbatical – because, through Visheshagya, women can continue to work from home for smaller durations and be in touch with the current laws in place, even during a sabbatical. This would also apply to the scores of talented educated women, who are chained to their homes in villages and small towns, because they are are not allowed to go out for work.

What you missed in this inspiring tale

However, a lesser known fact is the incessant storm in her life that was playing out, which formed the backdrop behind the establishment of her forward-thinking venture, against insurmountable odds.

“I don’t want to even think about that phase of my life. I was going through a very abusive marriage, and when I was not able to take it any further, I decided to leave my husband, this country and settle abroad,” says Rashmmi, with a quivering yet resolute voice, of the time when her spirit was in its worst shape.

But her father intervened, and gave her some much-needed perspective. “My father made me realise the importance of all the hard work I had put into building my career and life for 16 years. My children also prompted me to fight back and face all the challenges with confidence. Subsequently, I decided to stay back,” she says, of the victory of her brain against her heart.

The reason to stay

Visheshagya, Tax & Legal Services Redefined is a one stop e-commerce portal in the taxation, legal and the accounting space. Their vision is to empower clients by providing easy accessibility, convenience, transparency through technology driven, state-of-the-art professional services and enable experts to adapt to newer and smarter ways of doing and growing their business.

Currently acting as an aggregator for services, with experts like CAs, company secretaries, -CMAsand lawyers, they charge a cut of 10 percent over and above the charges of the experts. Another revenue stream in action is the monthly subscription model for experts.

Back to the present

Having launched only a month ago, in July, Visheshagya has already garnered up to 1,000 expert listings, and, so far, the largest chunk of their customers filing their income tax returns through them. The current population of working Indians is 20-30 crore, of which, only a mere two percent file their taxes. Visheshagya wants to simply the intimidating procedure for them. The Indian population above 21 years of age, pegged at 65 crore, is the market size they are targeting.

Overall, there are about 16 lakh experts registered in various parts of India, and more than 10,000 MNCs looks for services of the experts listed on Visheshagya.

“Interestingly, a lot of senior officials like CEOs, CTOs etc., of MNCs have opted to file their tax returns through us. Also, almost a fourth of them are NRIs from Canada, Nigeria, Australia, Switzerland etc., who are utilising this portal to file their tax returns in India. Video consultation and ease of document sharing and payment are some of the comments of appreciation that we have received from them,” she says.

Visheshagya is currently a 22-strong all-woman organisation, with two women directors and an all-woman staff. “Had I not been educated or financially independent, I would not have been able to come out of that difficult phase of my life. Hence, my portal gives more importance and emphasis for women empowerment. I understand and fully relate to the major problem faced by all females; how to balance personal and professional life,” Rashmmi says.

Surrounded by biases, Rashmmi has very simple advice for the women entrepreneurs who are at the same stage in their careers and companies as her- to follow their hearts, have faith in their own decisions, and lastly, not be afraid to make the first move, especially when it comes to approaching VCs for funding.