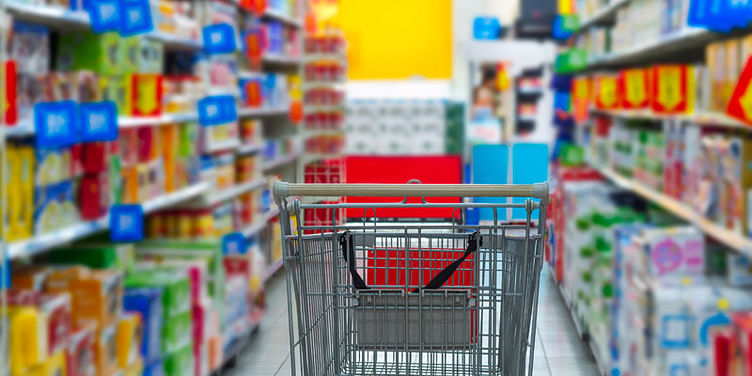 There are 10 million kirana stores, or mom and pop retailers, in India. Each of them serves a catchment that can go from just 500 to over 10,000 families. Some of them are so popular that you could have three generations of a family shopping with them.

Even modern retail could not put a dent in their universe with their swanky stores. A few things were missing in their arsenal to take on the kirana. The kirana offered credit to the customer and focused on the daily essentials. The modern store had to contend with high costs in the form of store inventory, staff and administration. Finally, the service from retail associates in the store was not as personal as the family-run kirana store, which connects well with customers.

While the battle – modern versus traditional retail - raged on, there were a slew of startups that began their journey as the kiranas’ friend. Their pitch was to provide the kiranas with technology that could help them reach customers faster through a logistics support system. PepperTap was one such company that tried and failed in this endeavour. There are startups like Shopit and Zapmart still trying to crack this model of hyperlocal delivery.

The real problem is that kiranas do not worry about how many startups work with them. They even experiment with fintech companies like FonePaisa and PayTM. Still, not more than 1,000 kirana stores have been covered by any of these startups. There were even delivery companies like Runr that were not able to crack delivery from these mom and pop stores. “Acquiring these small retailers is an enormous cost,” says Srinibas Behra, MD of StockWise, a startup that works with several kirana stores to make their sourcing intelligent.

If companies are failing to reach these small retailers, why would they even try? “There is so much data being generated that no one has really understood live consumption patterns in these suburbs,” says Darshan Krishnamurthy, co-founder of SuperZop, another startup that is focused on helping kiranas increase their revenue through intelligent stocking and promotions.

The failure of startups in cracking this segment so far is due to their sole focus being on the sale of technology. They had not done their research on the cultural aspects that formed the social and economic attitudes of a mom and pop store owner’s daily life, which is a direct reflection of the way they conducted business.

“Usually, the kirana store owner is always looking at longer credit terms because he wants to manage his personal expenses. Most of these expenses revolve around the education of children,” says Prem Kumar, the founder of SnapBizz, the only startup to have scaled to work with 1,400 kiranas and created a sustainable business model by connecting distributors and consumer goods companies with data.

Most of the kirana system buys product from around 300,000 wholesale distributors and there is a very intricate system of credit that works between the two businesses. The terms of credit last for 30 days.

“The data can now be used to improve not only the supply chain of consumer goods companies, but also the credit lines of wholesalers. The kirana gets the added benefit of understanding what sells and what doesn’t in the store,” says Prem. He adds that, with data, banks could now participate in providing much needed working capital finance for the industry. Banks have typically stayed away from funding kiranas because of the lack of data.

Who is pushing this change?

For the last sixty years, consumer goods companies have been trusting data provided by their wholesale ecosystem and consumer research companies. Most of the research was based on focused group studies to study the impact of price and value. The research was focused on perceived behaviour of the consumer and did not take in to account the social dynamics of most catchments.

For example in Mumbai today there are regions that are heavily influenced by immigrant native language speakers, but they are also influenced by the foods of the local culture. The kirana was considered a sales channel, but their understanding of the consumer was never captured. This resulted in a system where kiranas were just selling product given to them, without any focus on consumer buying habits and needs. Usually, a consumer would hop from one kirana to another if his product was not available. This formed the basis of the problem because the kirana was not intelligent enough to retain the consumer.

There was also a problem with trade data provided by wholesalers, which only spoke about targets achieved and never considered catchment behaviour. Consumer goods companies were shooting in the blind when it came to the last mile. Over the last three years things have been changing. With data being collected real time thanks to cloud-based software connecting kiranas and distributors, consumer goods companies can now start making campaigns focused on consumers instead of dumping product on the kirana to be sold. “The birth of intelligence with respect to consumer behaviour because of technology and the improving the finances of the kirana, is the future,” says Amar Revadi, founder of XLogix.

The opportunity, according to Ernst&Young, is worth $300 billion, which is just the food consumption basket in India. Only 5 percent of the food consumption is organised. But as kiranas get smarter; as startups fight it out to understand them and provide them with technology; as consumer goods companies realise the need to collect data at the source of the sale, the future of retail in India looks to be moving towards a lucrative revolution.