Ethos of selfless service has helped ensure Whitefield is Rising 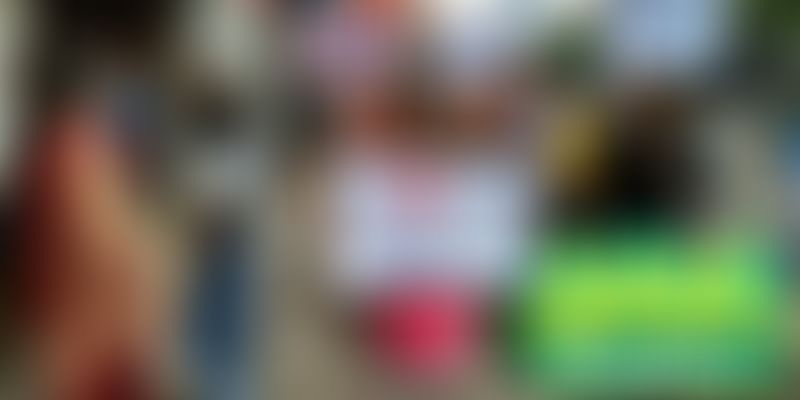 In the short span of three years, Whitefield Rising (WR) has grown into one of the biggest citizen action groups in Bengaluru, and become the voice of the citizens of Whitefield. From undertaking a 1,000 tree plantation drive with the government, to protesting new constructions and reversing permissions for illegal projects, WR is a major force in the city.

Nitya Ramakrishnan, one of WR’s founders, admits, “Now they have to take us seriously. We’re big enough now, with a large enough following, for the government, politicians, and large organisations, to take notice when we begin to hold them accountable.”

However, what’s more impressive than these achievements is the ethos and system of values which they embody. The emphasis on taking accountability as a citizen, and working for the benefit of the entire community, has created an organisation filled with selfless volunteers. This is the biggest reason for their success, and something the world can learn from.

WR began when a few residents from Whitefield realised that if anything was going to change, they would have to become the drivers of that change. Talking about the initial days, Nitya says, “We didn’t know where this was going, or if this issue-based, volunteer-centric model would succeed. But we knew blaming others for our problems would never achieve anything – taking ownership of those very issues was always going to be the first step to galvanizing action.”

WR is about breaking the status quo. Currently, people complain about encroachments, pollution, infrastructure, etc., and accuse the government and their elected representatives of “doing nothing”. Before pointing fingers, we must all introspect and ask ourselves whether we are doing the utmost to improve our conditions, and whether we are fulfilling our own responsibilities.

It all began with one tree being cut. “That was the moment it clicked for me,” says Nitya, “and I knew we have to do something. How can we live with appalling reality that a hundred-year-old tree can be cut, officially, by easily acquiring a permit that costs as much as a movie ticket! I approached someone I knew, who was involved in politics, and though he was sympathetic, he pointed out that he could save this one tree – but it would not make a difference. And he was right – this was not a tenable/sustainable solution.” If the power to influence these decision comes from favour or “knowing someone”, it is already a wrong in itself. The tree could not be saved, but it taught Nitya and the rest of WR’s founders a valuable lesson – the citizens could only reclaim power and hold officials responsible by coming together and uniting. A “united Whitefield community” would be a force to reckon with, WR today is as close to that ideal as possible.

When asked about why they chose “Whitefield ‘Rising’” as their name, Nitya laughs. “For lack of anything else really. But I guess it came out of the feeling that – well we’re at rock bottom now, the only direction we can go is up!” She adds, “The only thing I regret is restricting the focus of the initiative to Whitefield – which was more a consequence of ignorance than anything else. There is no official district called Whitefield, and I don’t even live in the area that is usually referred to as Whitefield.” Recent publications of the organisation have used the term Greater Whitefield.

WR is also seeking to build awareness and trying to make sure that change is not impeded because of ignorance. They have noticed that most people care about their communities and the future of their townships, but are unaware of things like which district they belong to or who their MLA is. The NGO’s vision of an engaged, responsible citizen is one who is aware of his/her rights and representatives, and acts on this information for the benefit of the community.

WR claims to have received an encouraging response, which points to the fact that there are concerned residents willing to act. However, the organisation has come up with a model that accounts for the fact that while most of us are interested in problems that directly afflict us, we aren’t concerned enough to find out how we can make a difference. WR fills that gap.

Members of the community need only to take action on a single issue that concerns them, their “pet peeve”, but take full ownership of leading the effort to solve that problem. It’s a unique organisational tactic – WR does not pick up issues itself or proceed with an action plan, instead individuals initiate projects, and WR helps them from that point on. WR connects these “resident champions” to facilitators and people with experience in that particular issue, and organisations who will back them.

Another aspect to note is the flat hierarchy. There are no designations and no ladder of seniority; only projects and teams that work on them. While one person takes the lead in a project, the complete lack of organisational structure would invite criticism from many. “But it has worked,” remarks Nitya. And that’s just the thing about all of WR’s uncertain experiments and techniques – they have worked.

“It’s a beautiful thing to see people connect over issues that they want to solve,” Nitya says.

“Initially, the thing that worked very well for us”, she shares, “was the idea of spot fixes. It inspired a sense of community and ownership like no other activity. We took our cue from The Ugly Indian, but you have to see it in action – the act of getting your hands dirty and doing some manual labour yourself to achieve such a beautiful and tangible result creates bonds like no other activity.”

But nothing is more amazing than the selflessness that forms the core of WR. They make it clear to new members that they are expected to contribute and expect nothing in return, except the betterment of the area they live in. “Nitya quips, “We want people who are dedicated to the cause of the community, and not looking for any leverage or profit for themselves.” In their existence thus far, WR has not accepted a single rupee – despite the insistence of potential donors. It is a remarkable achievement considering the scale of the work they have done: no member of WR is paid, and high cost change has been delivered efficiently by channeling CSR into the right places.

WR’s philosophy is deep rooted and important to the organisation, beyond the core attribute of selflessness and the Gandhian origins of being the change they want to see.

A filter that has helped them attract the right sort of applicants is this values sheet, which they make an expectation from anyone who wants to work with WR. While some values are fairly intuitive, others are rather idealistic. “We’re pragmatic in our solutions, and idealistic in our beliefs.” It’s encouraging to see people who stand by their beliefs in times like these.

What most exemplifies the group’s philosophy is something that they call the ‘tea test’. “This means that when we do anything we should ultimately get the approval of the person most affected. For example, if you remove an encroachment, then the expectation is that the encroacher buys you tea!” It sounds like a ridiculous expectation. But they’re doing it, and it’s working.

“People have this image of politicians – but my experience working with and interacting with MLAs has been that they are good people – who are just as interested in improving things as we are,” says Nitya.

It is perhaps these clear ethics and powerful philosophy that have given WR the confidence to tackle bigger problems and bigger fish. “We were careful in the start so as to not try and bite off more than we can chew. But as we grew, we were able to raise our voices to protest illegal constructions and take on increasingly complicated and important issues. We now have a sizeable social media following and that gives us the power to challenge authorities/decisions. And we also now have credibility among people – they know that we only feature individuals and initiatives who are doing genuine work.”

Nitya expounds further, “We of course respect anyone trying to create a global impact, but we ourselves have followed the philosophy of pehle apna ghar theek karo, phir baahar ka dekho (first fix your own house, then look outwards). Look at what are the problems in your neighbourhood – and try to solve them.”

This idea is gradually finding wider acceptance, and the strongest validation of the WR approach is people trying to replicate it across Bengaluru. In several other areas, new ‘Risings’ have come up in emulation of WR. Issue-based community action is catching on, and Nitya has these words of advice: “When we started out, we were prepared that failure was likely. But we knew we had to try. The beginning is the most important – once you start somewhere, with some issue, you will then find it impossible to stop.”

Their localised outlook is contrarian to what a lot of thinkers predicted for the globalised world; and yet it is possible that this local problem-solving focus – that is robbed of the isolationist chauvinism of the past – might be the future of governance. More apparently, this is a template for engaged democracy – in a country where a vast proportion of the population is disillusioned with the political class, this is a way for them to take back power.

This picture for me summarises WR’s founding belief in taking responsibility:

Citizens taking responsibility for themselves, and working for the community they belong to, is the ideal WR is striving for. But their means are just as admirable: a flat hierarchy, self-sufficiency that refuses to take donations, a spirit of camaraderie and community, and a culture that stresses humility, mutual respect (even for those opposing you), and commitment to a larger cause. It is this inspiring ethos that has stayed constant throughout their journey, and taken them from strength to strength.