Zoomcar raises $24M in series B funding round led by Ford, to strengthen its marketplace model ZAP 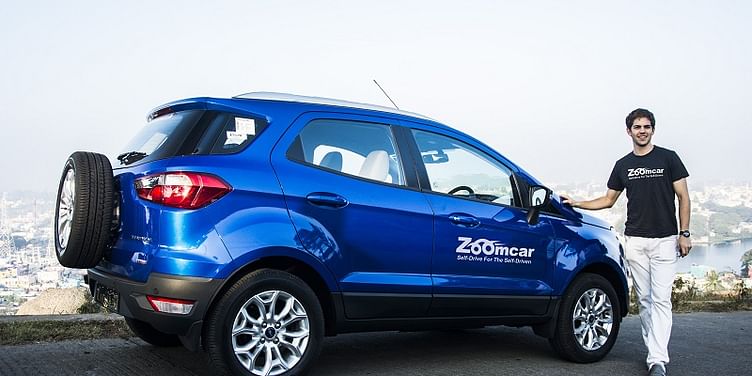 Car rental company Zoomcar raised $24 million in its Series B round of investment. The investment was led by Ford Smart Mobility LLC, a subsidiary of Ford Motor Company, with existing investors Sequoia Capital, Empire Angel and Nokia Growth Partners also participating in the round.

Speaking of why the team chose Ford, Greg Moran, Co-founder and CEO, Zoomcar, said that there could be no better investor than Ford for a car rental company. He said that the funding will be utilised for strengthening their technology, entering deeper into Tier II cities, market development, key strategic hires, and focusing more on accelerating its marketplace model ZAP (Zoom Car Association Program).

Launched earlier this year, Greg explains that they got the idea for ZAP when they realised that many people buy cars, but aren’t able to use them every day. With ZAP, they now have the opportunity to purchase vehicles on Zoomcar’s behalf, list them dynamically on the platform, and make money out of them when the vehicles aren’t in use.

“You earn a profit on a monthly basis and reduce the cost of ownership, and it also gives us the opportunity to add more vehicles on the platform.” The team claims that by early next year, they expect the marketplace model to account for over 75 percent of the company’s overall vehicle inventory.

The team claims that the funding will allow them to touch a fleet size of close to 25,000 across over 25 cities by 2018.

The four-year-old company claims to have doubled its bookings, with a fleet of over 2,000 cars, 1.5 million app downloads and customer travel kilometres touching 12,00,00,000 across 50,000 destinations. Speaking on the investment, John Larsen, mobility director, Ford Asia Pacific, said that this investment in Zoomcar will boost Ford’s role in the country’s mobility space. He added that as Ford expands its business as an auto and also a mobility company, they are looking at making commute easy through multiple modes of transportation.

Last year in July, Zoomcar had raised $11 million from Sequioa Capital, NGP and Empire Angels. In October 2014, the venture had raised $8 million from Sequoia with participation from Mohandas Pai, former Infosys CFO, and Abhay Jain, Head of Corporate Affairs at Manipal Group, among others.

The startup’s early investors Empire Angels, Funders Club and funds advised by Triangle Growth Partners, had also increased their stakes in the previous round. Zoomcar had previously raised $3 M from the above mentioned investors.

The Indian market, however, hasn’t been an easy market to crack, even if reports suggest that the market has grown at a CAGR of 20 percent. In fact, the market is expected to touch $13 billion by 2019.

However, there is a lot of competition in the market posed by other players. Carzonrent’s self-drive service Myles has expanded its fleet size to 650 cars in 20 cities. It has plans to expand to 50 cities and over 1,500 locations within this year.

The concept of self-drive car rentals is already very popular in countries like the US and China, where fairly large companies like Hertz, Zipcar and eHi have been founded.