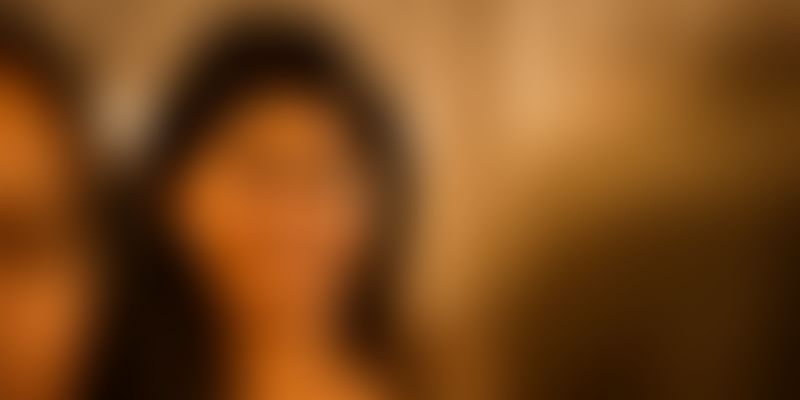 They say that breaking away from legacy is the hardest thing to do for the fourth generation individual in a business family. These individuals cannot survive in an environment governed by age-old structures that do not move with the times. It is only honourable that these young seekers who are soul-searching and looking for a place in the business universe go out and ruffle some feathers in industry.

Anjana Reddy, Founder of Universal Sportsbiz Pvt Ltd (USPL), which owns the brands Collectabillia, Imara and Wrogn is not your usual girl. She is a go-getter who works 18-hours a day, loves cars, cares for eight dogs and builds Lego sets to ease her mind after a hard day's work. If one meets this 28-year-old on the street they would not be able to tell that she runs a Rs 61-crore business well on its way to becoming a Rs 100-crore business by the end of this financial year. Nevertheless, her tenacity to succeed is what made her to break away from the beast of legacy that kills many a fertile mind in business families.

It's 9 am in the morning and Anjana is already wrapping up her first meeting with her marketing team.

After that she is constantly in meetings with her design teams and vendors. She minces no words when she commands them to meet "delivery timelines" of the clothing lines on order. She has at her beck and call over 100 factories that make clothing for her brands Wrogn (men's clothing line), and Imara (women's clothing line). By late afternoon she is working out the sales projections for the next quarter and is readying the launch of her third brand soon.

Anjana loathes slow progress. The recent lock-outs in Bengaluru because of political unrest has got her concerned about her delivery schedules. "I cannot have my trucks waiting at the border. It delays my supplies to the consumer and I cannot lose the consumer," she says.

By evening she has a coterie of celebrities that she has to handle. "Yes, I will get it done," she says to a high-profile person, who is the wife of a south Indian superstar. "I cannot ignore her," she adds. Late in the evening she has several phone calls with investors and then reclines in her chair deep in the knowledge that it is only 9 pm and she still has four more hours of work to catch up on.

With the likes of Virat Kohli and Shraddha Kapoor as her brand ambassadors Anjana Reddy has her schedule blocked for the next six months. This entire bustle is part of a plan to build the most well-known brand in the country for the youth. No wonder no one knows the face behind the brands other than the famous people representing them.

"There is a reason I do this. There is no brand that is youth-focussed and aspirational," says Anjana Reddy. She adds that to create a brand one must understand aspiration, the quality of the material and the styling, and not just playing to discounts. She makes it very clear that the GMV game played by e-commerce companies is not sustainable. To scale up she followed a 60:40 offline-to-online strategy, which has worked to bring in revenues.

Her brands sell in 73 Shoppers Stop stores, as a shop-in-shop, and retails in e-commerce sites like Myntra. She has six offline stores owned by her company of her brands and is planning to launch at least 100 more stores by the end of next year. Currently, the company retails around 15 lakh units a year and is in the process of closing its Series-C round. Anjana reveals that she is expected to close a large round of funding, which will go into adding four more warehouses across the country to the current one and in strengthening the brand along with the supply chain.

After finishing her graduation –in 2011 and her post graduate studies in the US, Anjana had three options. She could join her family's media business, take up a corporate job in the US or do the most difficult of all things, which was to become an entrepreneur. Eventually, she chose to become an entrepreneur. Interestingly, she founded a company called Collectabillia in her final year in college. The premise was to source sports products and paraphernalia owned by super stars and sell them online.

Since her family owned the cricket franchise team called Deccan Chargers at one time - and the fact that in the USA, where she was studying, branded sports merchandise was a big business - Anjana conceived this idea around sports memorabilia. She began sourcing goods from sports agencies that handled the likes of Sachin Tendulkar and footballers playing in the English Premier League. "Again I was obsessed with building a brand and I went all out to work with the best sporting names," says Anjana.

Eventually, in 2012, Sachin Tendulkar became one of the co-investors in a Series-A round in Collectabillia, when the company raised $2.7 million. At the time Anjana was over the moon because she had chased Sachin for over a year for his involvement. "It's not easy to get people to back a youngster with an idea," she says. Accel Partners had partnered in that first round too betting on the fact that there was a room to build brands away from the usual e-commerce businesses. They eventually put in $7.26 million to build this company.

Just when she thought she had it made, the sports memorabilia business did not scale up. The company had burnt close to a million dollars and Anjana had to make a quick decision to turn around the business. She noticed that branded apparel – endorsed by celebrities – was selling very well on the platform. In late 2013 she met investors and explained to them that she could make a turn around by launching two apparel brands. There were people within the industry who wrote the youngster off. With just 30 people on board at the time she brought in some designers to build a clothing line. She quickly launched two brands – Imara and Wrogn.

Things were not easy, as the factories that USPL approached in 2014 asked them to provide huge guarantees and did not want to supply small quantities. Anjana made USPL take that bet and worked on her masterstroke business strategy.

The bet on Virat

In the summer of 2014 she made an unprecedented bet that could have made her business or killed it. Virat Kohli was going through a tough series in England and all the punters had written him off, saying his best had passed. Even Virat himself was not sure of signing up with a brand called Wrogn especially after failing to perform in the England series. However, the persistence from Anjana's team prevailed over the cricketer's reluctance and they convinced him that he was signing up with a brand that was catering to his fan base.

The next thing you know, it all played out like a fairy tale. The brand became a runaway success and Virat became a bigger star than before because of his exploits in Australia in late 2014. In six-months' the youth began to look at the brand as a clothing line owned by Virat Kohli.

"We invested in Collectabillia when most others were wary of a brand-centric model," says Mahendran Balachandran, partner at Accel Partners. He says that there was a clear white space in the 16-to-35-year-age group fashion category. "While some of the international brands were able to enter the market early, there were still gaps when it came to product and style assortment at affordable price points," says Mahendran.

So the bet paid off for Anjana when she decided to create high-quality, celebrity-led fashion brands with an international appeal, at an affordable price, and with an omni-channel strategy.

"Building a brand is what we set out to do more than a decade ago and it is important for every entrepreneur, regardless of the industry that they cater too, to think of building a brand," says Kishore Biyani, Chairman and MD of Future Group. He says it was very important to understand young India's aspiration to build a fashion brand.

Mahendran adds that building a brand had inherent challenges and risks. "It was our strong faith in the founding team that hedged our risk," he says.

The company is yet to turn profitable. If you look at all retail businesses they work on high volumes and low margins. The average break-even period for a brand is five years. USPL has all the right ingredients to launch multiple brands and it will focus on reaching consumers in smaller cities.

For Anjana the future is only secure when she knows that she has built multiple brands that associate with the consumer, and the celebrity is the face of it. She is happy to be sitting back and making things work at the corporate level as a leader. Her younger brother Vikram Reddy supports her in running the operations of the company. No doubt her qualities are bestowed upon her by the blessings of her parents and grandparents, whom she considers as her inspiration.