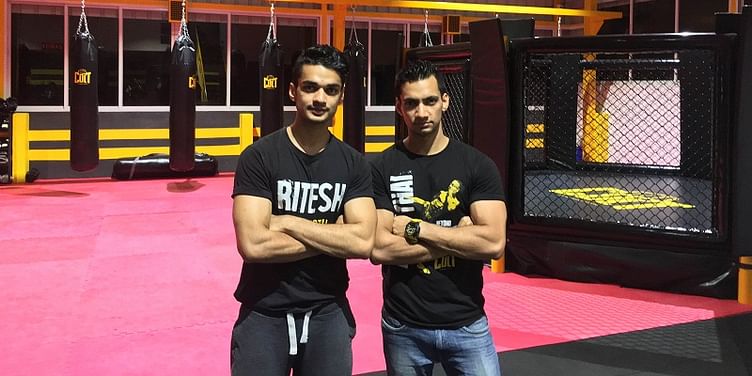 We have all been there! Gyms that promise you great bodies after you pay them in advance. The gym chain hopes that you may lose interest and not come back. This model has made more people unfit and sultry because their lives are poorer with no results in sight. The emotional drain on joining a gym for weight loss is tremendous. So one would wonder where did all the work out elements disappear. First thing is people are lazy, but that's not Rishabh Telang and Ritesh Telang. Two brothers who founded the Cult chain of work out stations. They will compete with Chisel, Snap Fitness, Talwalkars and FitMeIn to name a few. The likes of Virat Kohli - the cricketer - is also launching his own chain of gyms. Talwalkars was the first gym chain to raise VC money and went for an IPO too.

The market size for gyms is estimated to be $1 billion. There are chains like Fitticket, Flexipass and Fiternity who are expanding rapidly too. Is everyone making money? Not yet! There is time for that because India's median age is 27 and they will all start using gyms soon, either to impress or to become professionals.

For the 25-member Cult team, the word "gyms" means "no customer care". If you enter their premise you will find boxers, pro-fighters and weight-lifting experts. Those are the people who you train with and there are no machines and treadmills. The Cult team hopes to strengthen a client with their free weights workout and other forms of martial art. But before this thought came along, Rishabh traveled the world to understand the art of fitness and martial arts. He managed to do this while he was working in Reckitt Benckiser and Wipro. After five years of work the idea was born in training center abroad.

"Four years ago, I was in Amsterdam on work when I just walked in to a pro-fighting centre and started training. Being a fitness freak, I made sure that from that day on wards I travelled around the world to train with the best fighters," says Rishabh the 30-year-old fitness freak. Every year, Rishabh would save money to travel to location like Thailand to learn Thai boxing. Eventually, he realised that there was a fitness opportunity for these form of works outs in India. He came back home and decided to start a workout station in Bengaluru. He convinced his brother-in-law to invest Rs 50 lakh and he roped in his brother Ritesh as a co-founder and to help him with the operations. Cult was born in May 2016.

In the first two months of the first work station centre opening in Bengaluru, Mukesh Bansal, Founder of Myntra, walked in and was impressed with the strengthening exercises. In a matter of six months, Mukesh and Ankit Nagori – former senior executive of Flipkart - offered a term sheet to the brothers and invested $3 million for the expansion of Cult.

"They (CULT) have a unique training model where training is provided only in a group training format through high caliber trainers," says Mukesh, Co-founder of CureFit. He says Cult's combination of functional training, mixed martial arts, yoga and other formats are very effective in producing results and keeping the customers highly engaged.

Each Cult center is around 5,000sqft and has natural light and air flow systems. On an average, Rs 50 lakh is spent on a centre. They will spend the money raised to expand three more centres in Bengaluru. Currently, there are two centres. The company will also expand across India and by mid-2018 will have around 20 centres across India.

The first Bengaluru work station is already profitable. Ritesh did not disclose the revenues of the company since it was too early. He adds that this new fitness regimen is the future of India. The reason why Ankit Nagori and Mukesh invested in this company is because it cross-sells well with their health care startup CureFit, which is a platform for users to focus on tracking their health and reducing healthcare costs. They hope to collect data and analyse it. In turn they will work with medical care providers to reduce healthcare costs for customers.

Startups like GoQii and Get Active are already in a race to do this. They have collected a lot of data and are yet to monetise it. Perhaps for CureFit, Cult was the sure-shot way of acquiring customers and making an impact.

Rishabh and Ritesh now have their hands full with expansion. But they do not miss their regimens to this day. "We hope to standardise our service, which is personally focused, across the country with certified professionals and that's what we are preparing for," says Rishabh.

Every chain works on a retail model. The more the paying consumers the better it is for the chain. Only time will tell how India will take to fitness. With the likes of Virat Kohli, P Gopichand and P V Sindhu showing the way, the nation is just about waking up to sculpt their minds and bodies.