This Gujarati businessman has adopted over 470 girls in his village, and even funds their weddings! 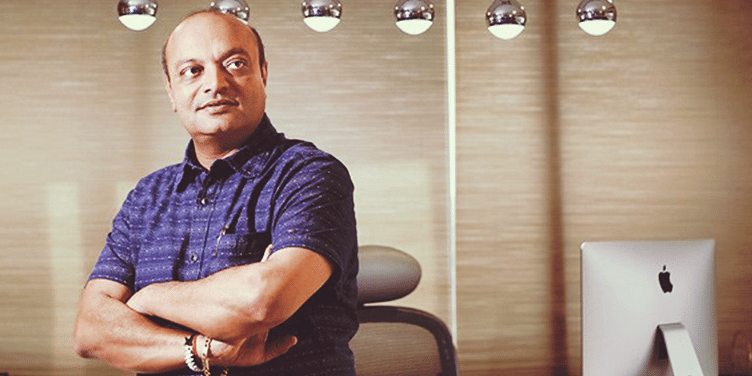 Mahesh Savani isn’t your traditional well-doer who gives out the occasional bouts of charity. The eminently successful businessman, hailing from the village of Bhavanagar in Gujarat, has flourishing business interests in diamond-trading, realty and education. But these are all secondary to him; his prime role is being a father to over 470 girls!

The quest to adopt these fatherless girls in his village began when, about ten years ago, his brother passed away. When his nieces were of age to be married, it was Mahesh who was to perform their kanyadaan proudly. The urge to do more for such girls was enhanced when one of his colleagues passed away a mere twelve days before he could marry off his two daughters.

"I was very shocked when one of my employees died just 12 days before he could marry off his daughters. It was very difficult for the family to arrange for the marriages. So I decided that I would become their foster father and marry them off. That is how it began,” he said (as stated in IBT).

Mahesh thus made up his mind to unofficially adopt these fatherless girls and grant them the necessary financial assistance needed to pull off a wedding.

The 44-year-old businessman spoke about being a ‘foster father’ to all of these young women, and told news agency AFP that "material gifts are not important, but I have given my name to them and will fulfil all my responsibilities as a father of the bride for the rest of my life."

Mahesh had built up his empire by investing intelligently in land. When asked about the method he follows, he said he tracks the economic development in the pockets of the four cities he has his sights on, and the minute a new factory or road expansion project is on the horizon, he puts his money in the land there. “The idea is to only track the business that is doing well. That has a direct bearing on the land price,” he says in an interview with Outlook Business.

Concluding about 12 land deals a year, his returns would seldom be lower than a good 35 percent. In 2004, he switched to investing in the diamond business, but after a few years, he foresaw its slowdown and opted out of it, but not before securing some superior returns in the sector.

It was in the year 2008 that Mahesh started holding the weddings for his adopted daughters, and till date, he has funded the weddings of over 472 girls across all religions. Spending about four lakhs on each wedding, he even gifts them gold and silver jewellery, clothes, electronics and other goods required to set up a house.

In the year 2014, he hosted a ‘mass wedding’ for 111 couples near the city of Surat. The event was hosted in a school in the main city, where he gave each couple gifts worth up to Rs 450,000. Funding the entire event by himself, he had said in an interview with the Times of India- "I do not ask for any donations for the mass marriage. This is my endeavour, as there is nothing more pious than giving away a daughter in marriage."

Mahesh is also committed to bearing expenses post-wedding, and in some cases, has offered financial assistance in terms of maternity costs as well.

To the girls he has graciously adopted, there could be no better father-figure. One of the brides who benefited from Savani's gesture told TOI, "He is like a father not only to me, but to my brothers and sisters as well. I thank God for sending a person like him into my life."

Mahesh Savani has always been a father first and a businessman later. We salute you, sir!