iOS 10 is possibly the biggest OS redesign from Apple 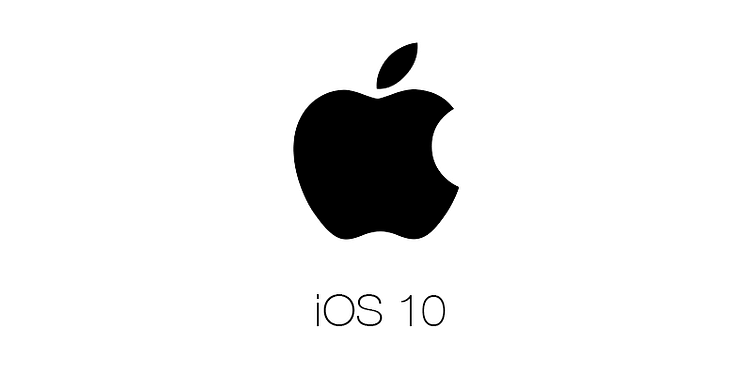 Apple is known to step up to bolder territories pretty often. The company did it with the introduction of AirPods, and I was a happy man when, a few years ago, they introduced the MacBook Air minus the CD drive — no one I know used it, and I never felt the need either! But that’s not a topic I plan to address in this post. Let’s tune in to the actual topic!

Apple iOS 10 is a bold move. It’s an OS experience rethought! The last big OS refresh was probably the introduction of iOS 7. That is when Apple made another bold move of dumping skeuomorphism. The OS had moved to a minimal, flat interface, introduced new typography, and rewired device usability.

Apple has attempted some interesting changes in its UX, challenged its decade-strong, trademarked (?) ‘slide to unlock’ conditioning and changed it to ‘press home’ to unlock. This is sure to bug some users for quite a while, especially the ones without fingerprint scanning (iPhone 5). But hey, there is a way to disable this feature, though I’d say give it time and try to get accustomed. Press-home-to-unlock has all the reasons to be the best feature of this version.

iOS 10 has refreshed a few other common gestures for a more usable experience. For instance, one may now swipe left to fire the camera app, to click or record your favourite moments instantly. In the previous version, one had to swipe up by pressing the camera icon at the bottom right. A lot of thought has gone into rewiring the UX for lock screen, control centre, notification centre, search, and widgets.

With the latest version, Apple is constructing taller walls to keep users locked into to their ecosystem. The OS experience is tuned mainly for the devices with fingerprint scanning, and more so for the ones with 3D touch. Others will only get to experience the improvements partially and may even suffer because some of the gestures take longer on devices without 3D touch. On the other hand, Apple is taking steps to the farther end, opening its ecosystem to third-party apps for integrations.

iOS 10 remains flat (continuing the legacy initiated by iOS 7), with a dash of gradients and bolder typography. The notification cards are a lot more bubbly and have more visual elements now. Although I’m not a fan, it’s evident that these enhancements are required for engaging further with 3D touch on enabled devices.

Overlays are inspired from Apple’s obvious love for photography. The elements in the background go out of focus and blur as an overlay, allowing us to focus on the task in the foreground. This was in play in the previous versions as well, but not as widely.

The gestures and screen transitions are faster on iOS 10, probably to support the improved hardware processing, and seem like a more responsive OS. Contrastingly, gestures and transitions seem a little buggy on lower-end devices (iPhone 6 and below) for the lack of updated hardware.

There is a great focus on making a strong case of Messages. The strategy might be to compete with the likes of Snapchat and Facebook’s Messenger, perhaps.

To begin with, Messages has something in store for the lazy responders — Tapback! Instead of typing a message response, we now have the option to respond with a thumbs-up or a heart, among other options, to let the sender know our take on their message. If you are active on Facebook’s Messenger, you might be doing so for most of your messages already, with an option to choose a default one-touch response. You may now send low-quality images through Messages as a new addition. Also, you may now be able to scribble on your photographs or just scribble an autograph as a message. How is that for a personal touch!

Have a special occasion and wish to make a big impact with your message? Try adding animations like confetti, shooting stars, balloons or exploding fireworks. And yes, you would have to be a sport when someone sends you the same — there’s no option to opt out if this sounds like bizarre spam to you! Another interesting Messages feature, possibly inspired by Facebook’s Messenger once again, is to long- press the ‘send’ button and choose from different bubble styles such as ‘Slam’, ‘Loud’ or ‘Gentle’. These options do not show up on your responses from a locked screen though. And you have the option to send your text or picture in invisible ink. Go ahead, surprise your special one!

It’s an open message now! With the new iMessage App Store, third-party vendors have an opportunity to engage users with tons of stickers, GIFs, add-ons, and whatnot. You can even play chess without leaving the app!

I’m sure photography enthusiasts (not professionals) have been jumping with joy at the addition of a telephoto lens to iPhone 7 Plus. To complement the advancements, iOS 10 allows you to shoot and edit RAW photographs through your favourite photography apps.

Apple gave an overhaul to their Photos app and introduced a nifty new feature called Memories. Though this feature works best if you delete extra shots and keep your photo library organised, it has elements to surprise you! It will bring back memories, as photos and videos, from past occasions and events that you might have forgotten and play them beautifully through a good choice of music and transitions. The concept is very similar to Google Photos’ Videos. And just recently, Google Photos has introduced ‘Concept Movies’ — videos generated using intelligent algorithms based on the photo content.

Another fascinating feature in Photos is machine learning-based search. This addition makes it easier for you to search for photos of your best friend, your cat, your first crush or just anyone by typing their name or a place. Although I have previously gone with Google Photos because of its ability to provide an incredible level of search within a photo collection, it’s worth giving Apple Photos a shot.

Siri talks to all

Towards the farther end, in its quest to create an open ecosystem for developers, Apple introduced an API for third-party apps. Like Messages, this opens a world of possibilities, from interacting with Slack to checking your Facebook Timeline or maybe updating all your social accounts through your virtual assistant. Chances are that Siri will rule your world of commands very soon!

Why type when you can emoji?

The latest OS is a little confused about whether to engage you with visual interactions or to make you read. While there’s a great emphasis on using emojis in your chats, the visual language of iOS 10 seems to be a lot more textual. More on that in the next section.

In addition to adding a canvas of new emojis, Apple has tuned its predictive text to start suggesting possible emojis for the typed word as a third option. Moreover, if you move to the emoji keyboard after typing a sentence, this OS is happy to highlight words that can easily be replaced with emojis.

It was music to my ears when Apple announced Music a year ago, but despite a great start, I’m not too sure it ever got the soul it requires. Although Apple Music’s initial version was visually refreshing, the UX wasn’t anywhere near as good. It lacked usability, and still does.

The latest Apple Music is an eyesore. What were they planning with such big bold black type in a music app? And those font sizes?

As mentioned earlier, there is confusion and disconnect. With emojis, one suggests the idea of keeping things visual. And with Music, one introduces bold text. Interesting notion to allow us to read lyrics but our eyesight would not change from one app to another. For Apple, Music has a lot of scope and a long way to becoming a mature app with oodles of usability.

It’s refreshing nonetheless and will make your device seem a tad new. The upgraded gestural changes, lock screen, control centre, notification centre, and Messages make it totally worth your while.

A decade-worth of work later, iOS is finally matured. Go ahead, give it an unlock!